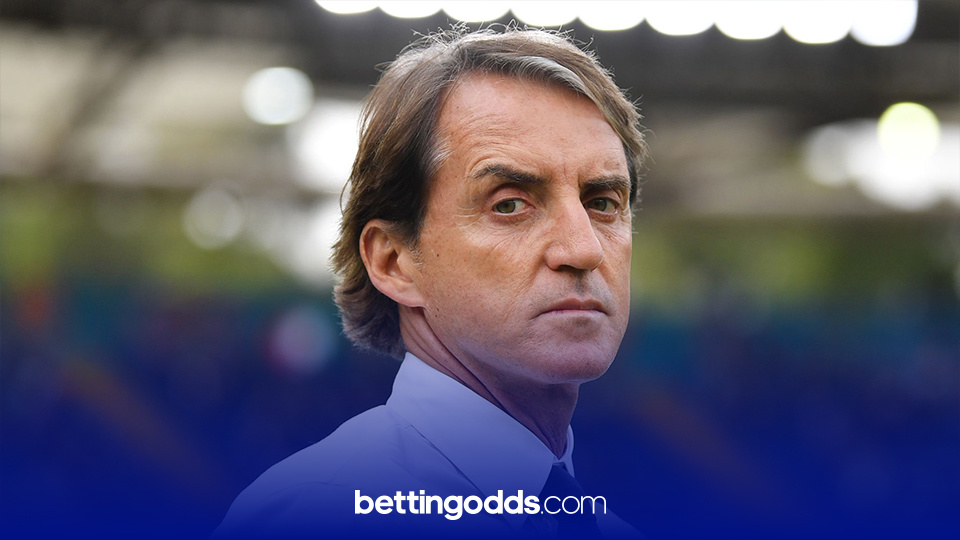 This week's Euro 2021 semi-finals are kickstarted by Italy v Spain on Tuesday night in a match that promises to be an absolute cracker.

The two Goliaths of international football lock horns at Wembley vying for a spot in the final of the tournament, with Spain hoping for a repeat of the 2012 final when they smashed the Azzurri 4-0 to clinch the trophy.

Italy haven't won the Euros since 1968 but have been one of the most impressive teams at this summer's tournament. Their defensive solidity partnered with a frightening attack has seen Roberto Mancini's side almost coast through to this stage of proceedings, and they are the bookmaker favourites to win this tie in 90 mins, priced at 6/4 (3/4 to qualify).

Spain, meanwhile, are 2/1 to win in normal time and 11/10 to qualify for Sunday's final. As always, we've supplied you with the key stats and betting angles for the anticipated clash with our Cheat Sheets, which can both be found below. 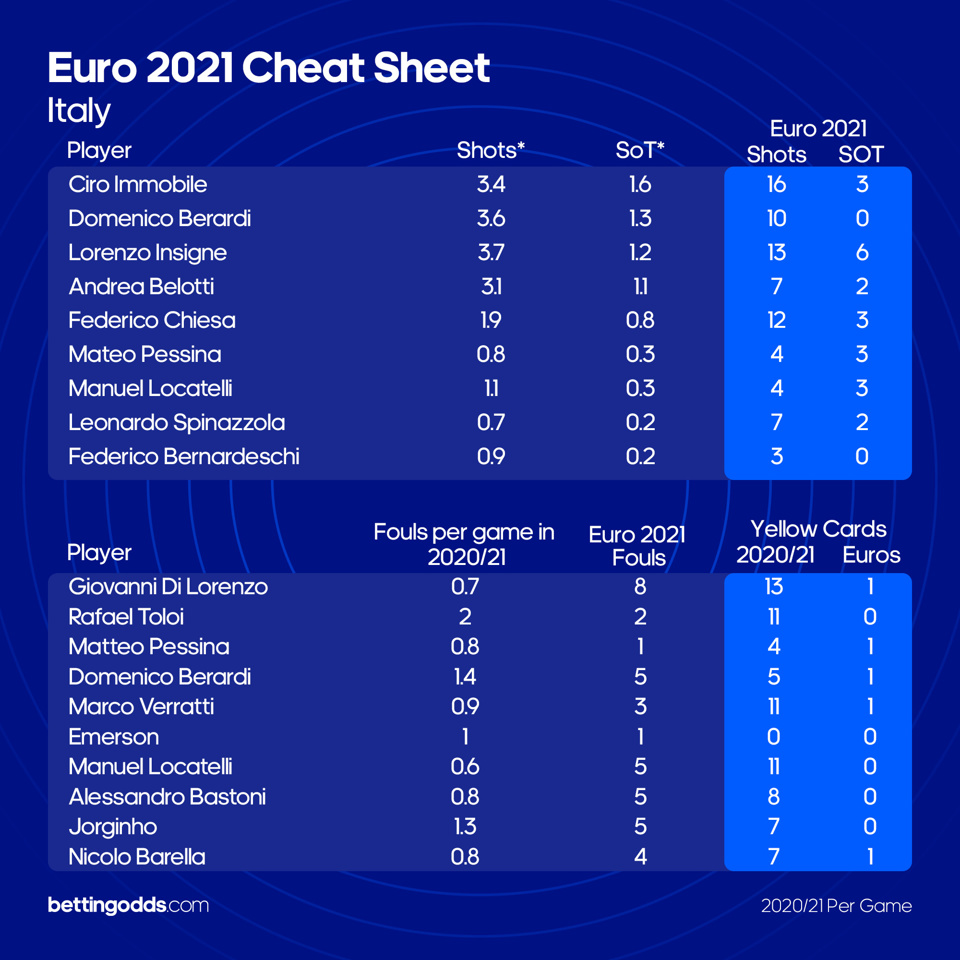 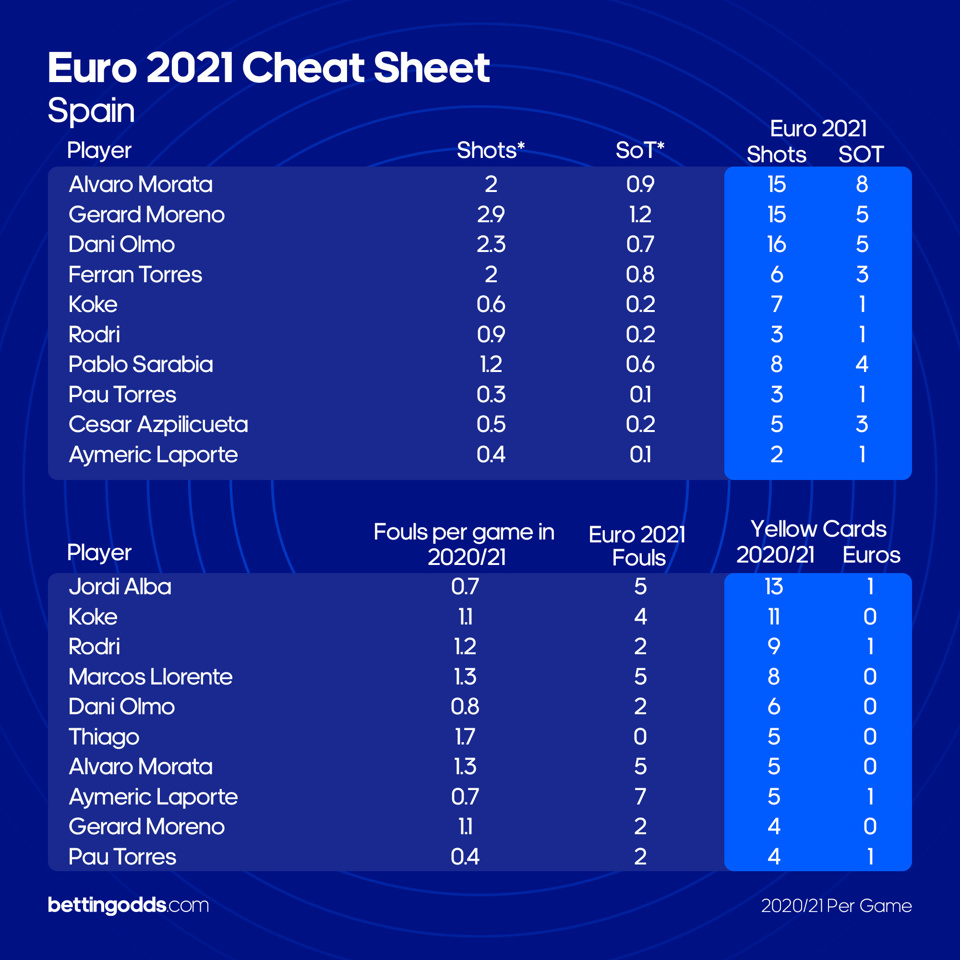 Both of these sides have some tremendous options in attack, but as is often the way you need to look elsewhere to find any real value in the shots markets.

The player I'm drawn to for a shot on target is Spain defender Cezar Azpilicueta. The Chelsea man has been an unsuspecting force in the final third at the Euros, scoring his first international goal in the last-16 win over Croatia. Azpilicueta registered 2 shots on target in that match and once again tested the keeper in the quarter-final victory over Switzerland.

I tipped him up for a SoT in that match at 3/1, so it's a little surprising to see his price for 1+ increase to 4/1 for this one (Paddy Power). With 5 shots at the Euros - 3 of which have been on target - I think the 31-year-old is a valuable option for this one, especially from corners and free-kicks where we know he likes to get forward.

From a bookings perspective I'm looking at Italy's Giovanni Di Lorenzo. The Napoli defender amassed a whopping 13 yellow cards in 2020/21 and has been cautioned once at Euro 2021.

He has committed more fouls than any player from either side at the tournament (8) and will have the thankless task of containing either Ferran Torres or Pablo Sarabia, which could easily land him in hot water with one mistimed challenge.

If you were to double these selections up in a Bet Builder, it would pay an appealing 23/1 with Paddy Power. 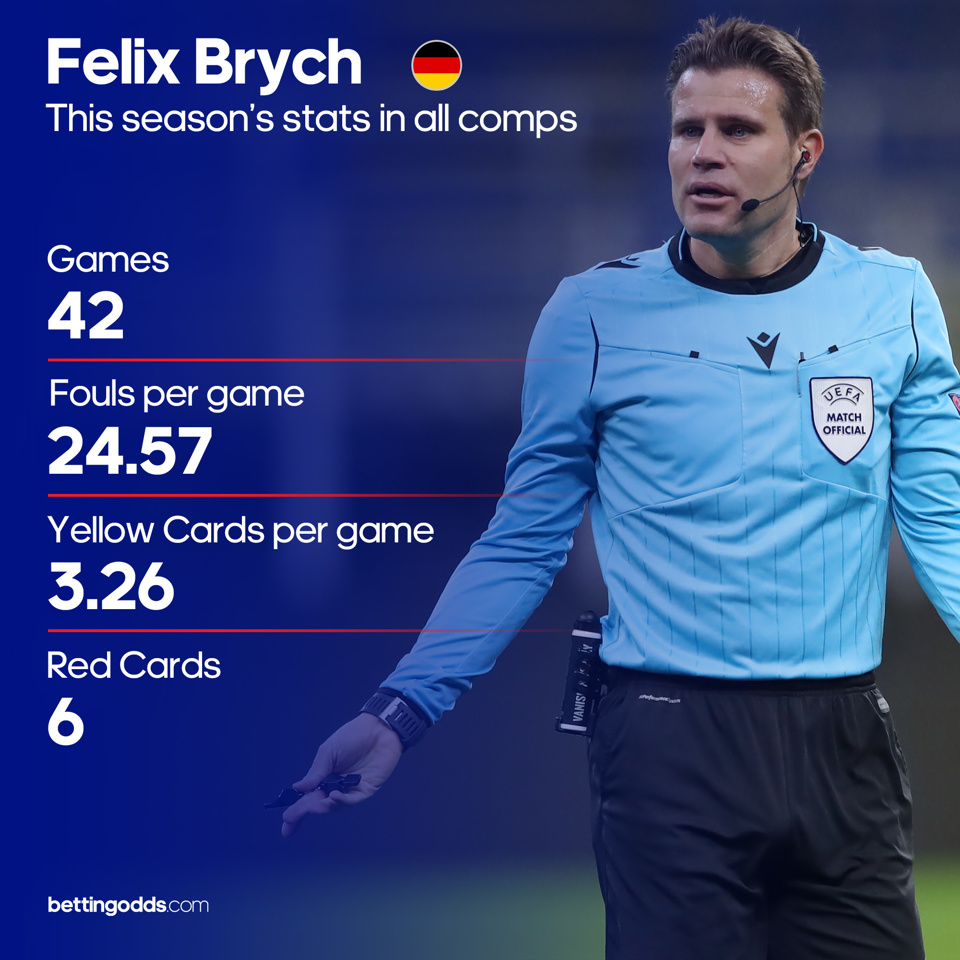