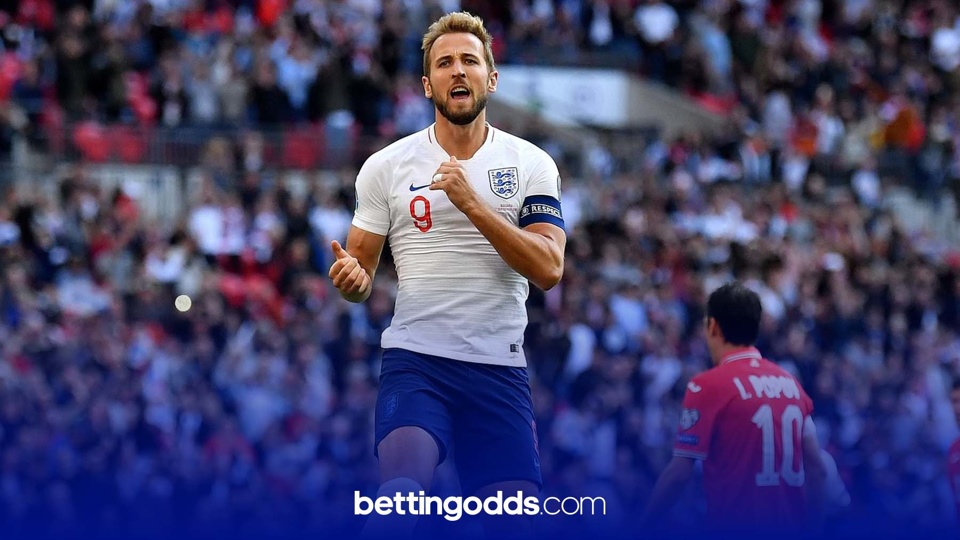 The only thing that stopped England winning the European Championship at Wembley on July 11 was a global pandemic, however the Three Lions are back in action as they prepare to win it at the rearranged date of July 2021. Gareth Southgate will announce his first starting 11 since November when his side take on Iceland this Saturday at 5pm, which you can watch on Sky Sports.

The England fans are still having nightmares of their sides humiliating elimination to the hands of Iceland at Euro 2016. They were 17/2 to win on that day and are an even bigger price (14/1 with Betfair) to embarrass England again this weekend. The bookies give the away side a generous 80% chance of winning at 1/4 with the draw priced at 9/2.

Marcus Rashford pulled out of the squad which paves the way for the Aston Villa captain Jack Grealish to fight for his first cap, alongside the electric Mason Greenwood who could debutise. Everton’s Gylfi Sigurdsson has “decided against playing” for his country so is not in the squad unlike Brentford's Patrik Gunnarsson Millwall's Jon Dadi Bodvarsson.

Iceland v England Tip #1
England to win and over 3.5 goals
12/5
The Three Lions are expected to make light work against an Iceland side who have struggled for form recently.
Odds correct as of 2020-09-04 11:20 Odds subject to change.

In England’s last six games they have scored 27 goals which is an average of 4.5 per game. Iceland are not the team of 2016 and have recently suffered disappointing results to Albania and Turkey. I think the Three Lion’s young electric attacking talents will smash through the Icelandic back-line and they could fill their boots on Saturday night.

You can get 12/5 best priced for England to win and Over 3.5 with Paddy Power compared to 9/4 with Betway.

Iceland v England Tip #2
Harry Kane to score and Victor Pálsson to be carded
11/2
Kane is England's top scorer, netting 32 goals in 45 apps Palsson has been booked twice in his last three games for Iceland
Odds correct as of 2020-09-04 11:25 Odds subject to change.

I don’t care what you say about Harry Kane, the bloke scores goals and for our second bet we’re starting with the Spurs front-man to bag against Iceland. Kane is only one of three players in the latest squad who played against Iceland in 2016 so will be seeking revenge and I fancy him to add to his impressive scoring record for England. Captain Kane has scored 32 goals in 45 games for his country, with 10 in his last six for the national team, and is expected to be leading the line and on penalties for their first Nations League match.

Now for the tough task of finding which Iceland player is likely to start and who will be booked when trying to deal with England’s pacey attack; I’m opting for defensive midfielder Victor Pálsson. He’s been booked twice in his last three games for his country, seven for his club Darmstadt last season and will need to be breaking things up in the middle to try and stop the Three Lions roaring up the field. 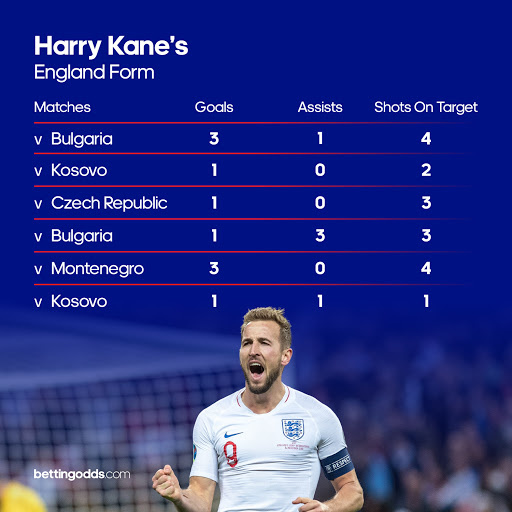 Iceland v England Tip #3
Sterling and Sancho both to have 2+ shots on target and Ari Skulason to be carded
50/1
Sterling and Sancho are two of England's biggest attacking threats Skulason has been booked five times for Iceland
Odds correct as of 2020-09-04 11:30 Odds subject to change.

My final bet is another three-pronged fancy featuring the electric Raheem Sterling and Jadon Sancho, who I think will both get two or more shots on target. Starting with the Man City winger who ended the Premier League season strongly by scoring 11 goals during Project Restart, more than any other player. He’s proved he’s a strong character and will look to banish his shocking Champions League miss by coming out the blocks on Saturday night and doing what he does best.

Now for the former City man, Jadon Sancho, still 20 years old but he has just had his best ever season being involved in an incredible 39 goals for club and country, and after having the most shots on target for BVB last season, he’s going to be amongst the action against Iceland.

The hardest part of picking these bets and trying to find you the value is working out who is likely to start when a team hasn't played in 10 months. Stalwart Ari Skulason has started at the heart of defence for Iceland in their last six games and the 33-year-old could have a busy night trying to contain Kane, Sterling and Sancho. He’s been booked five times when playing for his country and he makes this three-fold same game multi.