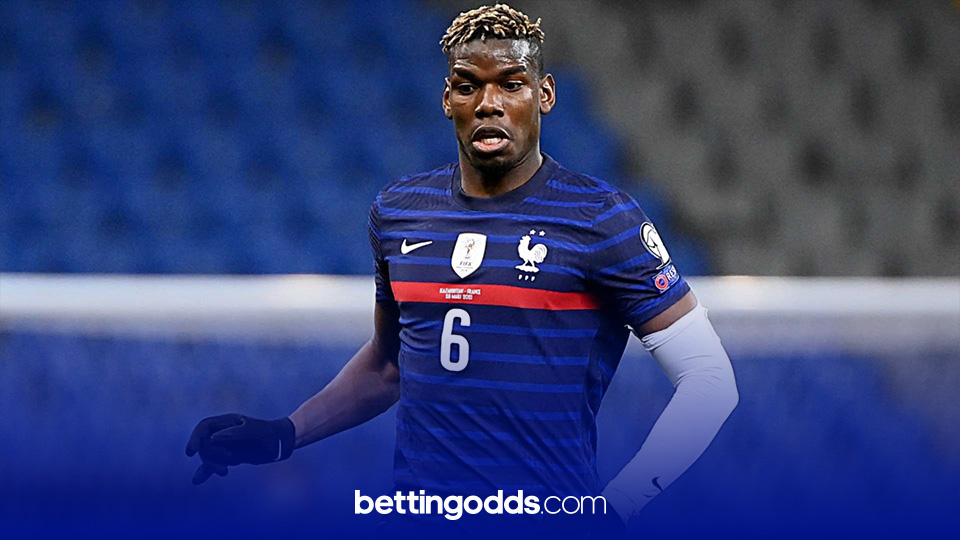 France may have topped Group F ahead of Germany and Portugal, but Didier Deschamps’ side have not been at their brilliant best so far in this tournament. They now face Switzerland in the Round of 16 and are the unsurprising favourites to advance to the quarter finals, priced at 1/5 to do so with Paddy Power. France also remain favourites to win the tournament 4/1.

Switzerland put in a good performance in their win over Turkey and in their draw against Wales which resulted in them finishing third in Group A. Kevin Mbabu will most likely return to the starting line up with Steven Zuber switched to the opposite flank after three assists in his last game. The Swiss can be backed at 7/2 to qualify and 11/2 to win inside 90 minutes.

Benjamin Pavard and Adrien Rabiot should come back into the France side replacing Jules Kounde and Corentin Tolisso. Lucas Digne will miss the game after picking up a muscle injury in the game against Portugal. 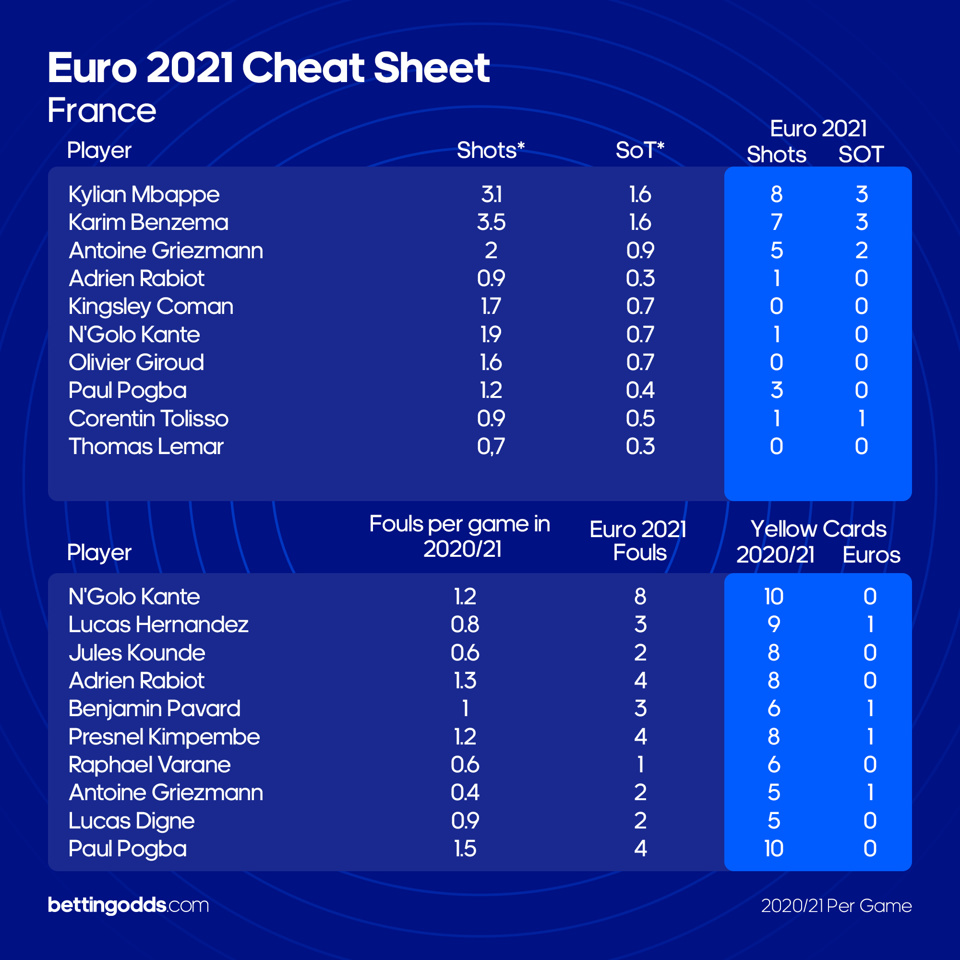 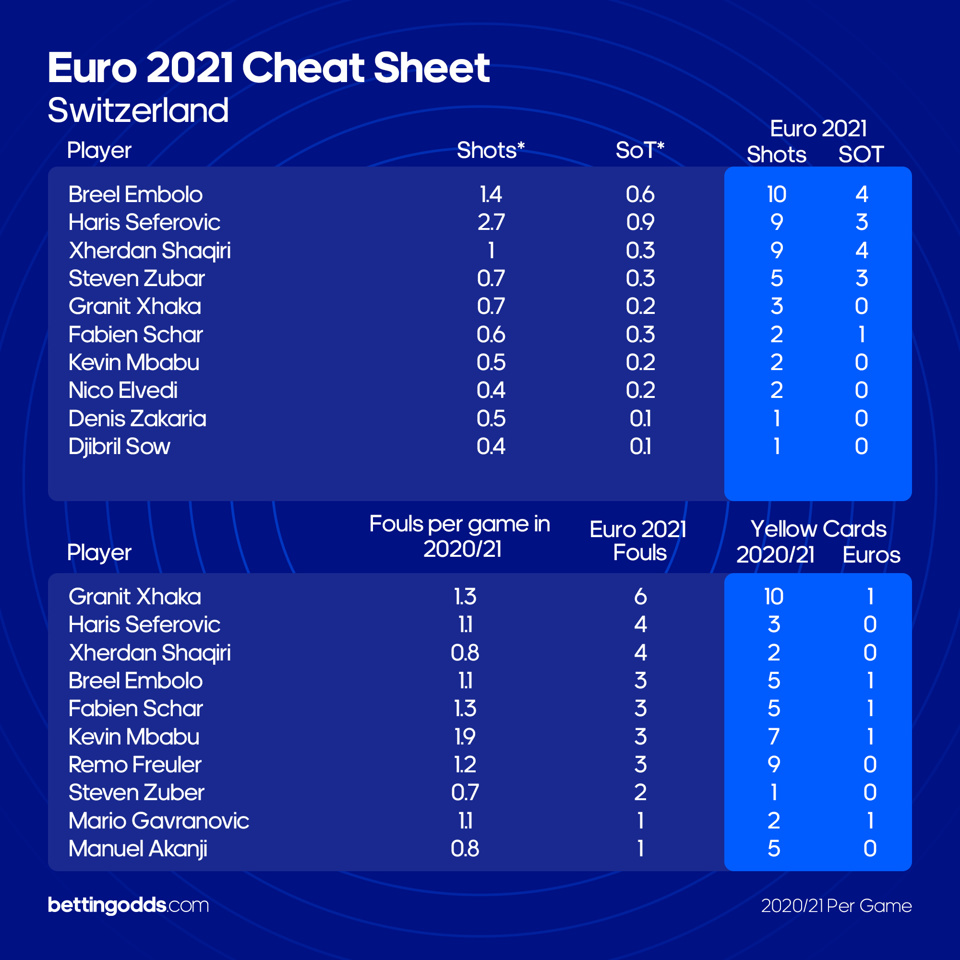 Karim Benzema was on the scoresheet twice in France’s final game in Group F against Portugal, proving why he most certainly still deserves a place in the squad. The Real Madrid striker is one of the most clinical players around and it was a bit of a surprise to see him on penalty duty for Les Bleus against Portugal where he scored with both of his shots on target. With this in mind we’d be happy to back him in the anytime scorer market against Switzerland where he’s a rather generous looking 9/5 with BetVictor.

As mentioned above Switzerland’s Steven Zuber set up all three goals in Switzerland’s 3-1 victory over Turkey in what was his first start of the tournament. After that performance you’d expect him to keep his place in the side and as well as three assists the 29-year-old, who plays for Eintracht Frankfurt, registered two shots on target in that game. It’s hard to see Switzerland scoring as many against France but Zuber’s price may be worth some consideration in both the anytime assist, and shots on target market for Monday’s game.

With France expected to dominate the ball against Switzerland I’m inclined to think that the Swiss will pick up the most cards in the game. However, France picked up four yellows in their most recent clash and one player who could be worth some consideration is N’Golo Kante who has so far made eight fouls in the tournament which have all gone unpunished. The 30-year-old was cautioned seven times in just 24 Premier League starts last season and we’d be looking for around 5/1 for him to pick one up against Switzerland.

Enjoy the game can be seen live on ITV1 kicking off at 8pm and if having a bet on the game please do so responsibly.