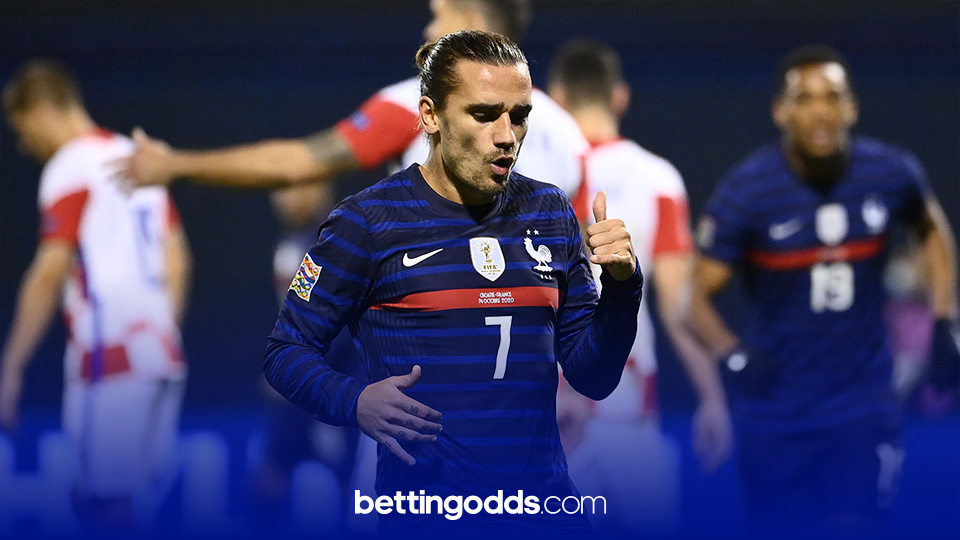 The most appetising game of Euro 2020 so far awaits us here, with current World Cup holders France taking on fellow group F topping hopefuls Germany. This clash of the titans is easily the most anticipated match of the tournament so far and kicks off at 20:00 on June 15th, being played at the Football Arena Munich in the group of death’s second fixture.

Karim Benzema has declared himself fit after suffering a minor injury scare during France’s final warm up game against Bulgaria a week ago. For the Germans, Leon Goretzka is all but ruled out after only returning to training five days ago following a torn muscle while on club duty with Bayern Munich. 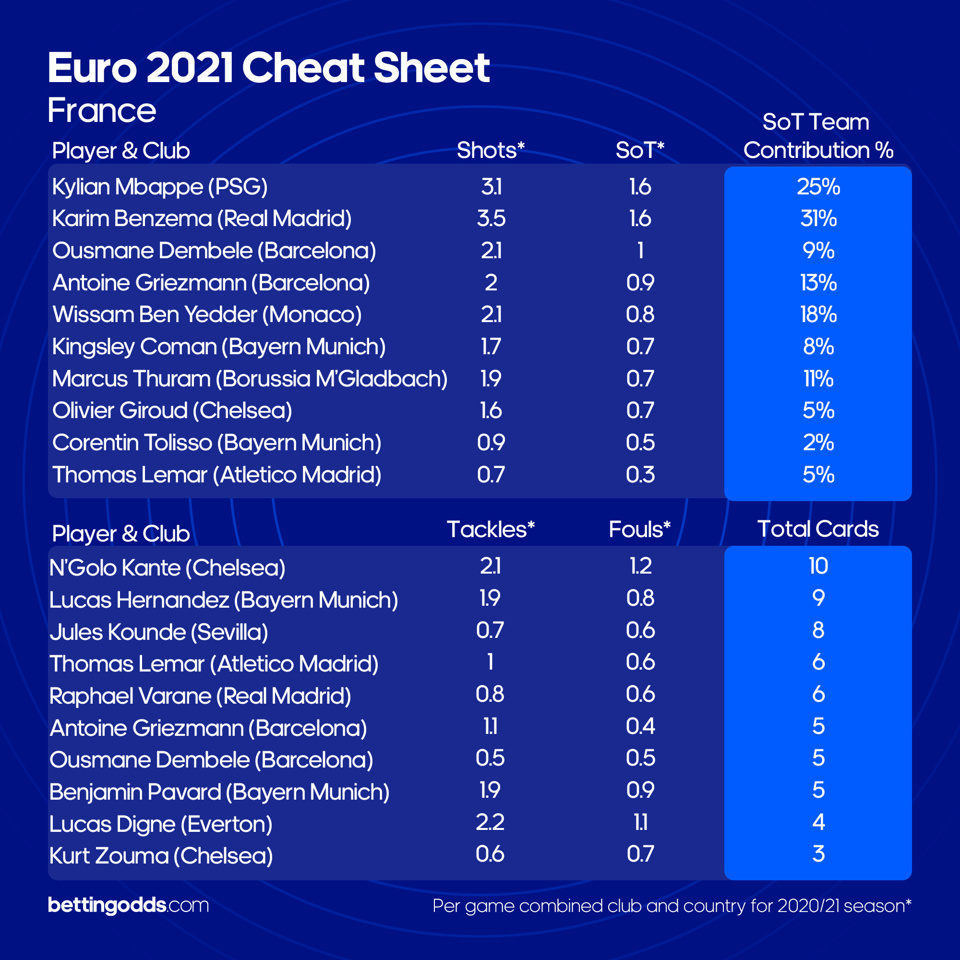 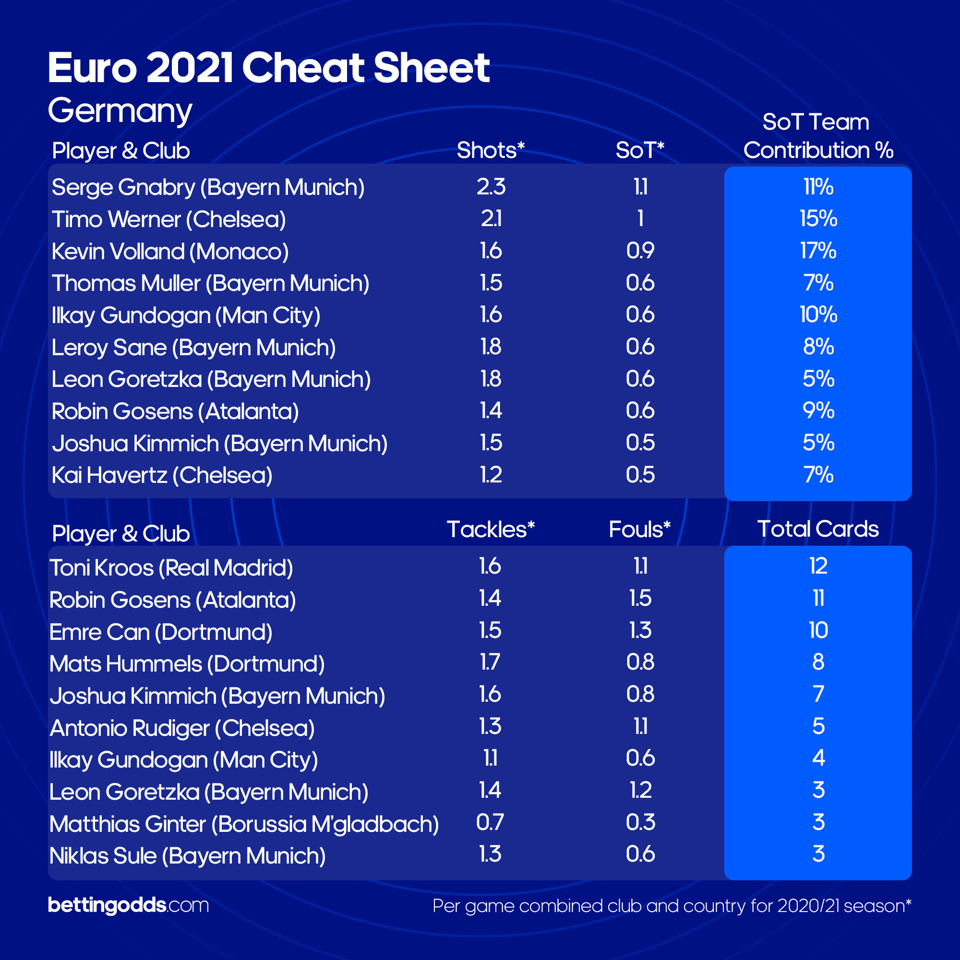 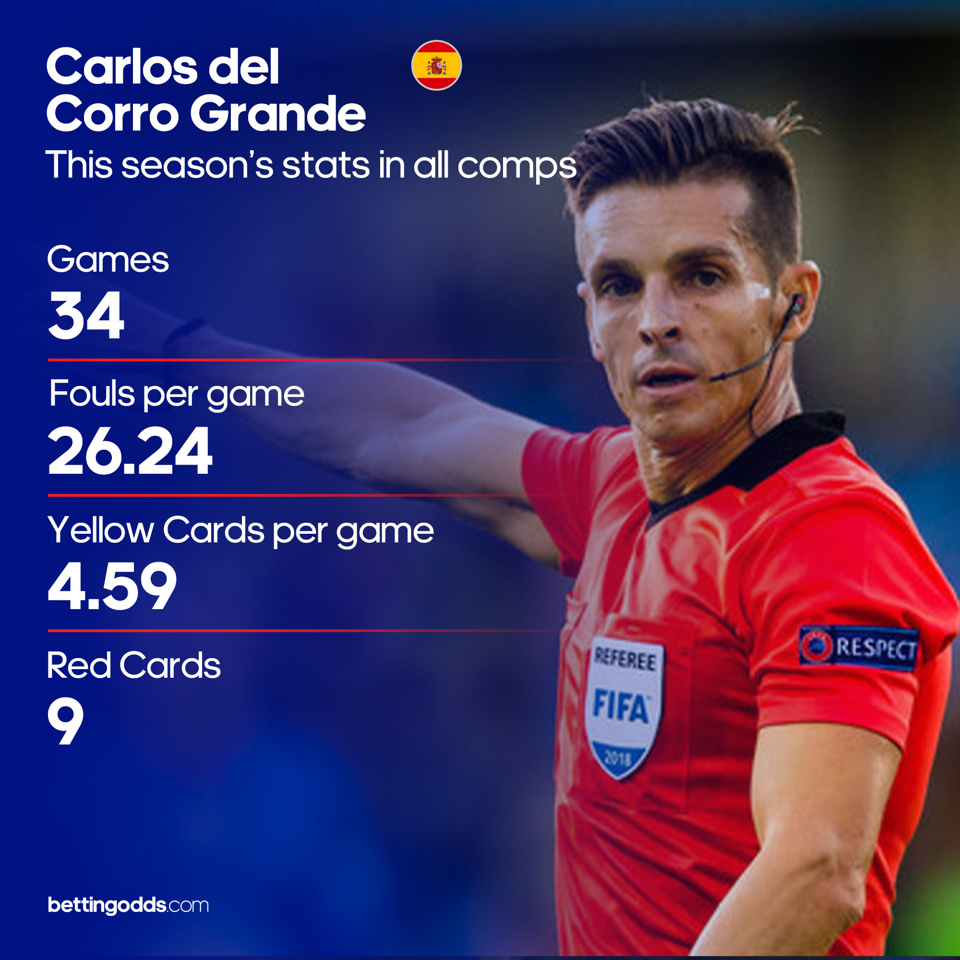 Knowing what we know about these teams, the stats only further support Kylian Mbappe’s superiority. He stands head and shoulders above most in the shots on target per game department, aside from being level with the now “100% fit” Benzema. But since there’s so much emphasis on Mbappe being the danger man, it might pay to swerve his backing and instead look for value elsewhere.

The French flit between a number of formations in different games, with 4-2-3-1, 4-4-2 and 4-4-2 diamond all used in their five most recent matches. Didier Deschamps has a wealth of talent at his disposal and perhaps Mbappe will have the limelight stolen by one of his other teammates.

Antoine Griezmann is the name that immediately comes to mind, with his four goals at the last major tournament helping steer France to victory in Russia. The Barcelona forward is averaging just under 1 shot on target per game, but is a more attractive price for 2+ SoT in this one at 15/8 over the PSG forward with 11/10. The same can be said for the pair’s anytime scorer odds too, which is 8/5 for Mbappe and 15/8 again for Griezmann. If you’re looking for further evidence, the ex-Atletico Madrid forward loves playing for his country, netting 37 times since his debut in 2014.

As for Germany, given the predictability of Joachim Low’s team selections, Robin Gosens could be an interesting proposal. For Atalanta and Germany this season, the left-sided defender is averaging 1.4 shots and 0.6 on target per game. While this might not sound like a staggering number, largely does so from the left back position, but more commonly plays as a left midfielder for his national side. The 26-year-old is EVS for a single shot on target tonight, while 2+ is priced as high as 11/2. It’s worth noting that the defender managed 22 shots on target for his Italian club in the league this season. But if you’re not all that confident about his aim, particularly against a side of France’s calibre, 2 shots are available at just under evens with a price of 10/11 which isn’t too bad for someone that will look to play high up the field.

On the cards front, Toni Kroos is in with a strong shout of starting tonight. The industrial midfielder is likely to pair Man City’s Ilkay Gundogan in a sitting pair, and as the chart topping leader for cards this season with 12 yellows between club and country, it could help to follow the stats on this one. He’s very much involved in the nitty gritty of the game, which would be the case again tonight when he’s tasked with stopping the likes of Griezmann, Mbappe, Dembele and Coman from breaking at speed. His stats also show this, with him making a joint-second highest 1.6 tackles per game among the Germany squad. If you’re early enough to the party, you can currently get the Real Madrid man at 9/2 to be booked tonight.

The next closest to him is his French counterpart N’Golo Kante. But based on performances like the Champions League final, it’s clear to see the duo are classes apart at the moment, with only a year’s difference between them too. Kante actually has a slightly higher 1.2 fouls per game average, but it’s key to note that these don’t often tend to be reckless challenges despite entering the referee’s book 10 times this campaign.

Speaking of refs, the man in charge tonight is Spaniard Carlos del Cerro Grande. There are a couple of stats worth highlighting for him, with one being his 4.59 yellows per game average this season. Couple this with a total average of 26.24 fouls accumulated from the six separate competitions he has officiated this season and there is good reason to believe he will continue his trend of brandishing cards tonight. But quite possibly the most eye-catching stat is the 18 penalties that he has awarded. We’re likely to see a lot of quality on show in this one, especially when these match-ups are determined by such fine margins, meaning that with close control and penalty box trickery being imperative; a second Euro 2020 spot kick could well be on the cards.