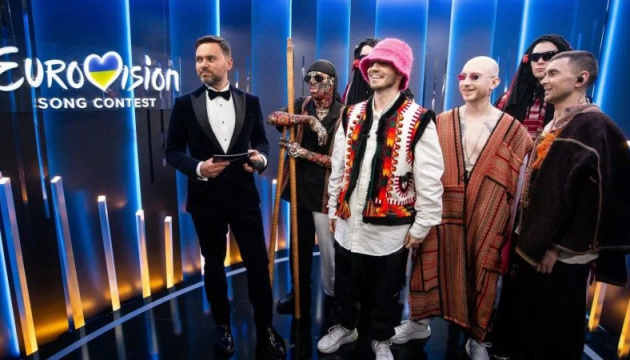 New customers only, bet up to €/£20 on the Exchange and if your first bet loses, we’ll refund you €/£20 in Cash. Bet must be placed in first 7 days of account opening. T&Cs apply, 18+ begambleaware.org

In its 66th incarnation, the Eurovision Song Contest once again arrives this spring. Last May in Rotterdam, Måneskin’s ‘Zitti e buoni’ (Shut Up and Be Quiet!) meant a third win for Italy (in fact, the country’s first since 1990) and this competition edition is duly set to take place in Turin from May 10 to the final on May 14. First, the Semi-Finals of the Eurovision Song Contest will determine which countries join The 'Big 5' (France, Germany, Italy, Spain and the United Kingdom) in the Grand Final, which will be broadcast on BBC One for UK viewers, with all the glitz and glamour we’ve come to expect, but with that extra tinge of sadness which now needs little explanation.

And it is so that pipping the hosts as favourites for the victory is Ukraine. Due to overwhelming sympathy for the nation and its citizens as the aggressive Russian barrage continues amidst universal condemnation, Ukraine’s representatives set to take the stage at the PalaSport Olimpico are now as short as 11/8 for the win (Boyle Sports), an incredible but not altogether unexpected shortening of the odds in an extremely short space of time. On the day Vladimir Putin’s forces invaded the country - February 24 - the odds were around 9/1 for Ukraine to win the Eurovision Song Contest.

This year Ukraine will be represented by Kalush Orchestra, performing their song ‘Stefania’, a tribute to the band’s frontman’s mother. According to their official Eurovision profile, Kalush Orchestra is a five-piece hip-hop folk amalgamation consisting of founder and rapper Oleh Psiuk, musician Ihor Didenchuk, ‘beatboxing bagpipes player’ Vitalii Duzhyk, solo instrumentalist Tymofii Muzychuk, and rapper, DJ and dancer Danyil Chernov. Ukraine has stellar recent prestige in Eurovision, having won twice before, both victories coming this century, in 2004 and 2016.

Italy - their closest competitors in the current market - meanwhile is represented by the song ‘Brividi’, performed as a duet by Mahmood and Blanco and are 3/1 to retain their crown. But with Ukraine as high as 33/1 with William Hill at the beginning of February (4th) to coming in to 2/1 at the start of March, it appears that the odds are predicting the support of the competing nations will continue to strengthen as the condemnation of Russia’s invasion grows.

With 26 being the total number of Grand Final participants, after all the songs have been performed on May 14, each country will give two sets of 1 to 8, 10 and 12 points; one set given by a jury of five music industry professionals, and one set given by viewers at home, and as always, nations can not vote for themselves in order to uphold fairness. It is in this regard that political motivations and underlying synergy have come to the fore in the voting process (there’s a reason the United Kingdom has failed to excel in recent years) and this year the comradery with Ukraine is expected to be addressed and humanity highlighted.

Ultimately entertainment events such as these seem trivial and relatively inconsequential. Europe is not a happy place. But as a minor token of solitary alongside a country enduring indescribable and meaningless suffering, it’s looking likely for Eurovision viewers and judgesto stand side by side with Ukraine.