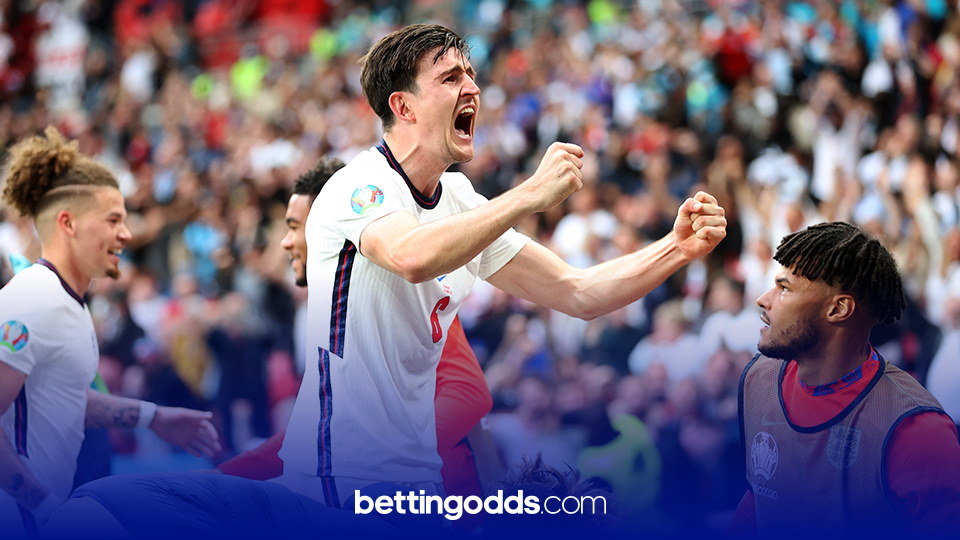 Live on BBC One, England go up against Ukraine at the Stadio Olimpico in Rome this Saturday at 8pm in the final quarter-final of the European Championship. Gareth Southgate’s men come into this game full of confidence after knocking out Germany at Wembley. It was an impressive performance and England kept yet another clean sheet which means they are the only side yet to concede a goal in the tournament.

On the attacking front, Raheem Sterling is the man of the moment for England with 3 goals in 4 games and is looking like a strong contender for the player of the tournament if he keeps up his current form. Ukraine qualified for the quarter-finals after eliminating Sweden in dramatic fashion with a 120th minute winner. Not many would have predicted them to reach this far but their character and determination has given them a chance to cause another huge upset and try to reach the semifinals.

Gareth Southgate’s men will know it will be incredibly dangerous to take any side lightly at this stage of the tournament and another professional performance will be required if they are to reach the final four of the Euros. An exciting clash awaits us and I have included my 3 best bets for the game in this preview:

Team News:  Denys Popov and Artem Besedin are out for Ukraine while Zubkov & Yarmolenko are doubtful.  Dean Henderson is out for England. No other suspension/injury worries.

England have won 3 of their 4 games so far including a confidence boosting 2-0 win against the Germans last time out. They look to be peaking at the right time and should have enough quality to beat this Ukraine side over 90 minutes. Ukraine have received a yellow card in 3 out of 4 of their games in the tournament so far.

England’s opponents have received a yellow card in all 4 games so far in the tournament. England’s games do not usually see too many goals as all 4 of their games so far have seen less than 3 goals so adding under 5 goals to this bet builder to boost the odds to 5/6 and we will take that as our main 1pt bet.

Raheem Sterling is England’s go-to man on the attacking front and has scored the first goal of the game in 3 out of 4 of England’s games so far in this tournament. In 2 out of 3 of England’s wins in this tournament, the Three Lions have been level at halftime. Adding these 2 bets gives us a juicy longshot double that I am happy to take with a very small 0.25pt stake.