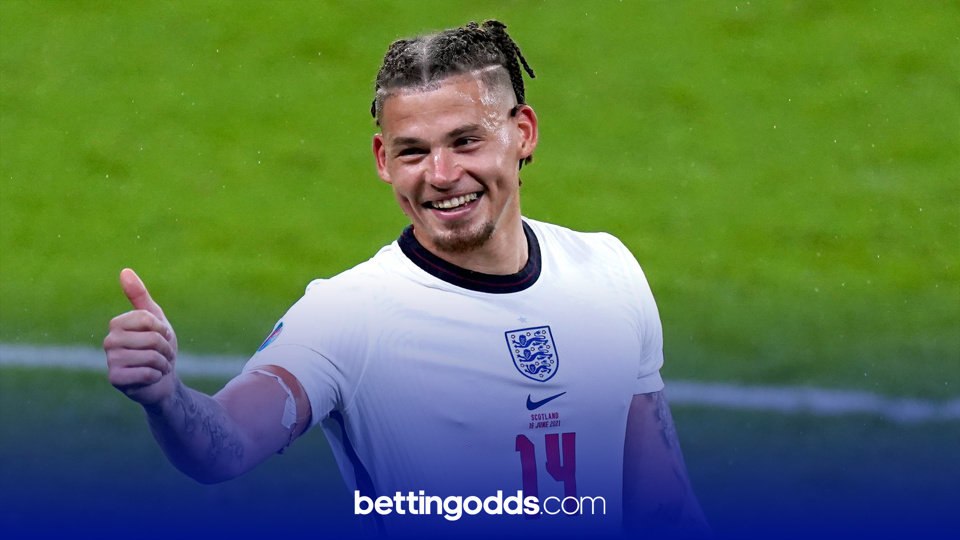 Live on BBC One and ITV, England host Italy in the European Championship Final at Wembley this Sunday at 8pm.

Roberto Mancini’s men knocked out Spain in a thrilling penalty shootout to qualify for the final after being second best for the majority of the semifinal and will hope to win their first Euros title since 1968. The Italian giants are currently unbeaten in their last 33 games with a staggering goal difference of +76 and have a perfect mixture of talent and experience all over the pitch.

On the other hand, Gareth Southgate’s men have had an almost perfect Euros campaign so far conceding just one goal all tournament which came from a brilliant freekick by Damsgaard in the semifinal.

This was the first time in the tournament when England had to come from behind in match and they showed great mental character to not panic and eventually get over the line.

This is their first major tournament final since 1966 and they will hope home advantage can help them beat Italy for the first time in seven attempts at major tournaments. This is a clash of two heavyweight nations and an incredibly tough game to predict. The bookies make England slight favourites due to home advantage but the Italians have history on their side coupled up with a winning mentality.

This is a clash of two of the best defences in Europe going head to head and we have an intriguing clash on our hands. Is it coming home or is it going to Rome? We will certainly know the answer to this question after Sunday. For one final time in this year’s European Championship, I have included my three best bets in this preview:

Dean Henderson is out for England. No other suspension/injury worries.

Lorenzo Pellegrini and Leonardo Spinazzola are out for Italy while Federico Chiesa is doubtful.

As I mentioned in my preview above, this is a clash of the two best defences in the tournament and both teams will be expected to go in with a safety first approach.

I am expecting a tight and cagey affair with not too many clear-cut opportunities for either side. Expect to see blocked shots and shots off target but hitting the 8.5 shots on target line will be very hard in a game of this magnitude where both sides will look to prioritise defence and make it tough for the other side to score.

Considering a cagey affair is predicted, it would not be a surprise to see this game end all square and go to penalties.

Italy have already had two of their games go into extra time with one of them resulting in a penalty shootout. England were also taken to extra time by Denmark.

With two defensively resolute teams, it is realistic to think that this game could be decided by penalties unless either side produces a moment of magic to make that breakthrough.

The game to be decided on penalties is 4/1 and we will take that as our second bet for this game with a small 0.5pt stake.

Di Lorenzo is averaging the most fouls for Italy and will be up against the likes of Sterling and Luke Shaw. Kalvin Phillips is averaging the second most fouls for England. Harry Maguire has seven shots in his last three games for England. Combining these three selections gives us a juicy longshot for the Euros final that we will take with a very small stake of 0.25pt.