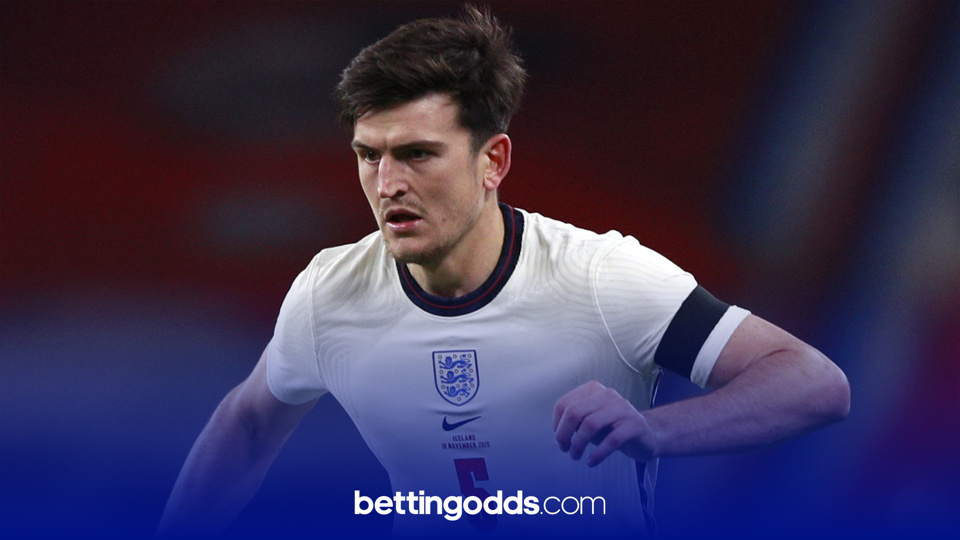 Old foes England and Germany renew hostilities at Wembley Stadium tomorrow evening in the last-16 round of Euro 2020.

Hosts, England, will be hoping to do what they could not manage 25 years at the Old Wembley and beat the Germans. Odds wise, the bookmakers fancy the hosts pricing Gareth Southgate’s men at 29/20. In terms of probability, this puts their chance of victory at 41%, however, England have actually won 82% matches when priced accordingly. The Germans, on the other hand, have been posted at around 19/10- given them an expected chance of victory at 34%- but have only won 1% of their matches at this price.

Ben Chillwell and Mason Mount are back available following their quarantine, however, are unlikely to feature from the off as they have not been able to train with the rest of the squad. England’s supremo is expected to opt for a back three, which will likely see Phil Foden or Bukayo Saka and Raheem Sterling flank Harry Kane at the expense of Jack Grealish.

Joachim Löw has revealed that Robin Gosens and Toni Rudiger have a cold and that Ilkay Gundogan could not complete the full training session so all three will be asset tomorrow.  Elsewhere, Thomas Muller should return to the XI alongside Kai Havertz behind Serge Gnabry.

Although this referee appointment is not the most favourable for cards, I think these sides' history and the hostile atmosphere at Wembley could spice up this fixture. Obviously the fact that it is a knockout game in a major tournament does not hurt either!

Although Toni Kroos is yet to receive a card, only Kai Havertz has conceded more fouls per game than his 1.70. Real Madrid’s conductor has accumulated 12 cards this season, two of which came in his five Nations League appearances.

So far this summer, McGinn, Brozovic and Kovacic have picked up cards against the Three Lions as the opposition has struggled to deal with England’s rotations. Germany have locked woeful in transition and given the attacking talent at Southgate’s disposal, I think Kroos will struggle to contain it.

A major chink in this German sides armour appears to be their fragile defence and central to this vulnerability could be Mat Hummels. Dortmund’s centre back has regularly been seen striding out of defence with the ball to spray passes and this is something Southgate and Kane should look to exploit at Wembley.

We saw in England’s last game vs the Czech’s just how dangerous Kane can be when playing on the shoulder if he gets the service, as he did when Harry Maguire picked him out with a low, driven pass.

Kane’s pedigree is indisputable despite the fact that he has struggled to get going this summer. He won the Golden Boot at the 2018 World Cup and won the Golden Boot and Playmaker awards this season in the EPL, therefore, he could cause problems for a defence that has already shipped five goals!

Using Paddy Power's ‘Bet Builder’ feature you can combine both teams to score with cards for Maguire and Toni Kroos at odds of 38/1.

Germany have looked fragile defensively this summer. Including their three Euro 2020 games, they have only kept three clean sheets in their last 17 fixtures, conceding to the likes of  Latvia, North Macedonia and Northern Ireland over that period. That being said, they have a wealth of attacking talent and their offensive threat is best epitomised by the fact that they have only failed to score in three of their 32 games since the World Cup!

As for a Maguire card, I worry for him against this fluid German front line, especially if Southgate opts for a back three. The Yorkshireman picked up 15 yellows and one red card in 59 appearances this season, the red coming whilst representing the three lions. His cumbersome nature and hands on approach makes him a prime candidate for cards.