England have made it through to the last 16 of Euro 2021, where they will face a familiar foe in the shape of Germany. Joachim Low's side made hard work of qualification but ultimately made it through after finishing as group runners-up behind France in Group F with one win, one draw and one defeat from their three matches.

Looking at the betting and it is the hosts who enter the match-up as slight favourites, priced at 8/5, while Germany can be found at 19/20 to win the clash inside 90 minutes.

Southgate and his men have the opportunity here to not only avenge the penalty shootout defeat of Euro 96 - when the Three Lions boss missed the deciding spot kick to see England bow out of the tournament at Wembley - but to also take a huge leap towards the final of the competition, with the winner of this tie playing either Sweden or Ukraine in the quarter-finals.

Find all of the key foul, card and shot stats in our concise Cheat Sheet below. 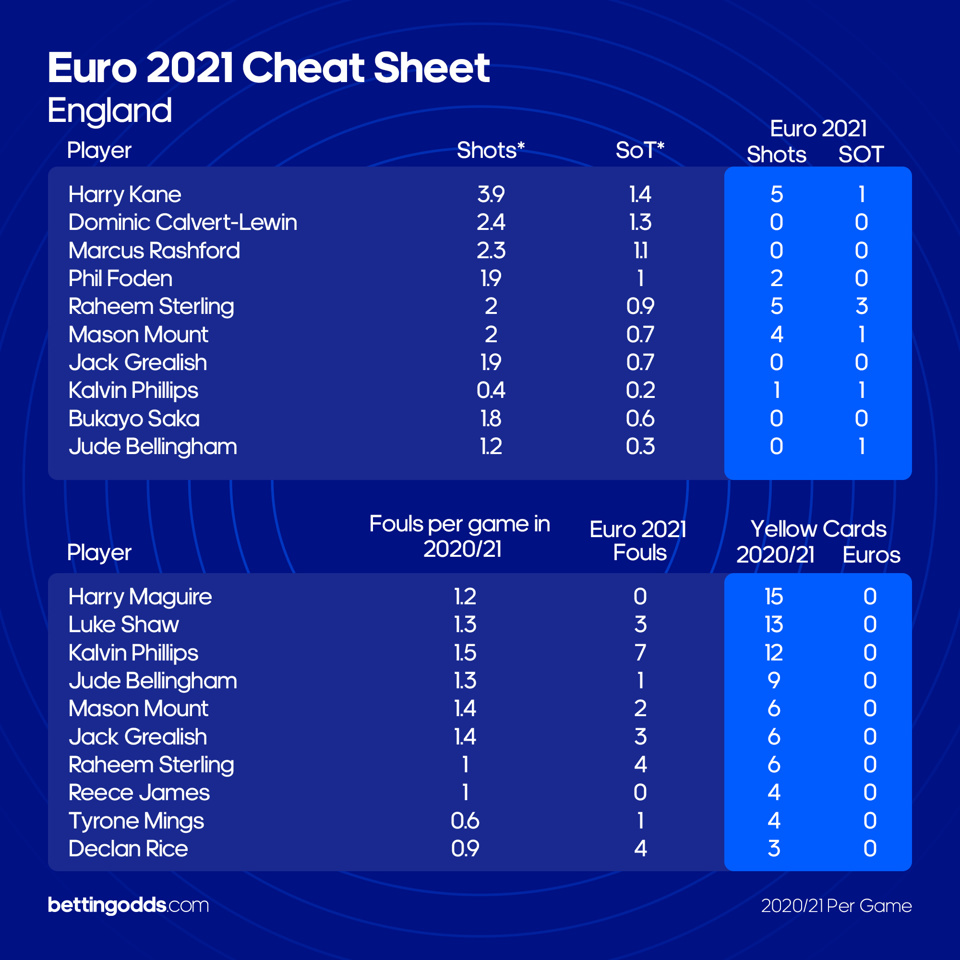 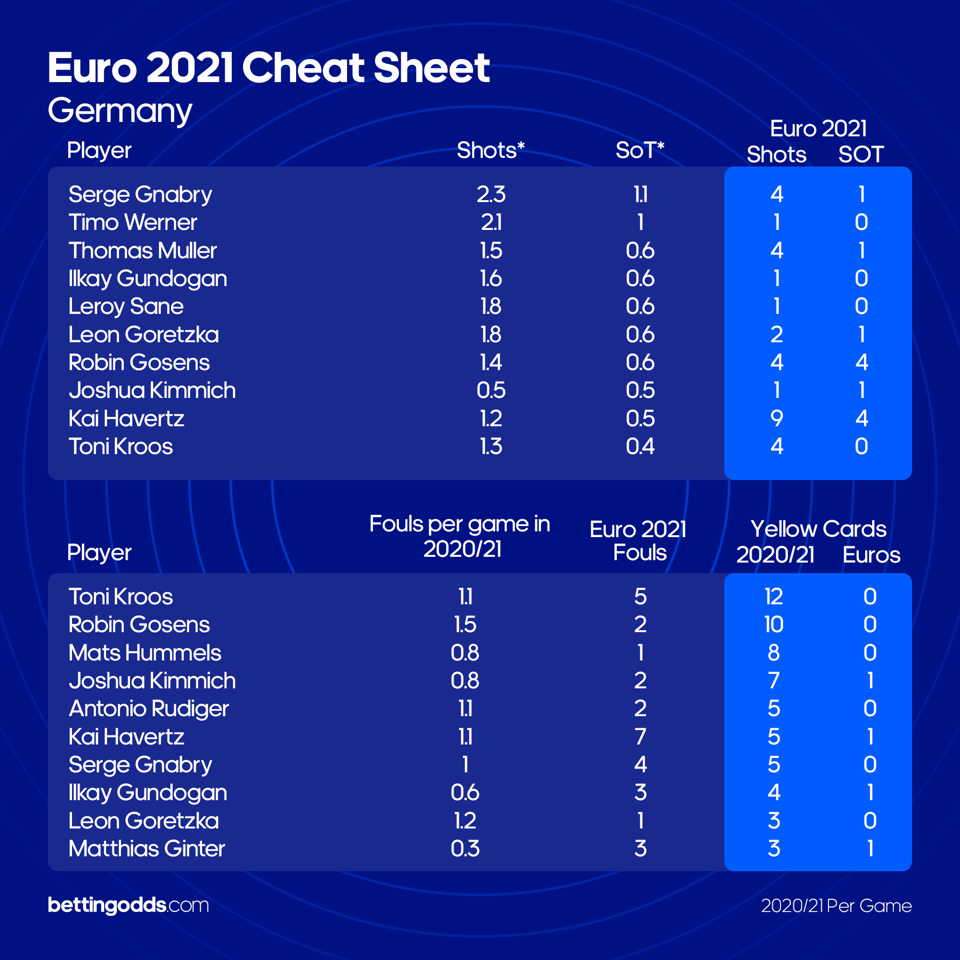 It's difficult to know exactly who will start this match for England. After an impressive first half performance against the Czech Republic you would certainly expect Jack Grealish to keep his shirt, although tactically Southgate may pivot to a back-five with two holding midfielders which could see the Villa star drop to the bench.

However, if he is entrusted from the outset - which many hope he will be - I'd be looking at his price to register an assist anytime, currently 7/2 with Paddy Power. Grealish set up Sterling's decisive goal in midweek and is always desperate to affect the game by either scoring or turning provider and that was abundantly clear from the start against the Czech's. While Germany will prove much stiffer opposition, they have shown some defensive frailties, with Hungary scoring two past them on Wednesday night.

If Grealish is on-song, it wouldn't be a surprise to see him set up a goal, hopefully helping Harry Kane to get off the mark in the process...

Looking toward the cards market and one player catches my attention for a potential booking. Chelsea's Kai Havertz may not be the first person you'd think of in this market but the Blues man has so far committed more fouls than any other player in the Germany squad with 7 - all of which have gone unpunished so far.

With 5 bookings for Chelsea last term Havertz's figures aren't prolific, but he did average 1.1 fouls per game in 20/21 which is a clear sign that he can often be caught out when defending. Tracking back against the likes of Sterling, Kane, Grealish and Saka could easily see the 22-year-old end up in the book again in this one.