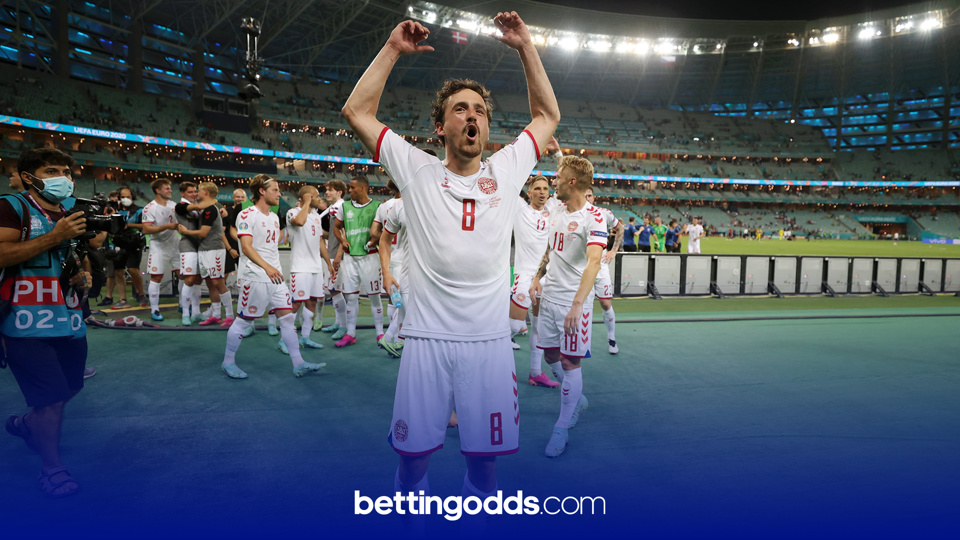 England have reached the semi finals of a major tournament yet again. The anti-Southgate brigade have gone very quiet and you cannot scroll down Twitter for more than 30 seconds without seeing “It’s Coming Home”. I do think we need to be cautious though as this is a Denmark team who fully deserve their semi final place, but luckily for England we have a blueprint of how this fixture will likely be played out.

Therefore I’d expect Gareth Southgate to replicate the same tactics again here, try to nullify the Danes wing backs, keep it very tight early on and then bring on the likes of Grealish/Foden in the second half as things open up.

With that in mind my first bet is half time draw full time England, it’s 7/2 in most places which is actually bigger than it was against Ukraine who are certainly a lesser team than Denmark, it landed against Germany and you can make a case for Denmark having an even better defence than the Germans right now.

I’m going to sound like a broken record but while the value is still there it needs to be taken advantage of.

Maehle for 2+ shots is 12/5 on Betfair and Paddy Power looks a bet. He’s had 10 shots in his five games so far, eight of those have been inside the penalty area which show just how attacking he has been.

The bet is as short as 11/8 elsewhere and Bet365, who have nearly always been best priced in this market are offering 7/4. So I doubt we will still be seeing over 2/1 come kick off, I do think Southgate will have a plan for him but as I’m sure have other managers and so far they’ve yet to be successful.

I was surprised to see just how far forward Delaney was getting in the last match for Denmark he scored from a corner and could easily have scored another from open play. With the way England will likely set up it may mean we allow extra space to the likes of Delaney who would be considered less of an attacking threat than those around him.

Declan Rice also managed a shot on target from open play in his last match, his shots per match has increased season by season at West Ham and he’s spoken this week about wanting to increase his attacking output for England.

He’s already scored for his country from a set piece and he will likely receive less attention than Maguire, Stones and Kane will on corner kicks, so 28/1 for just those two players landing a shot on target looks more than fair to me.