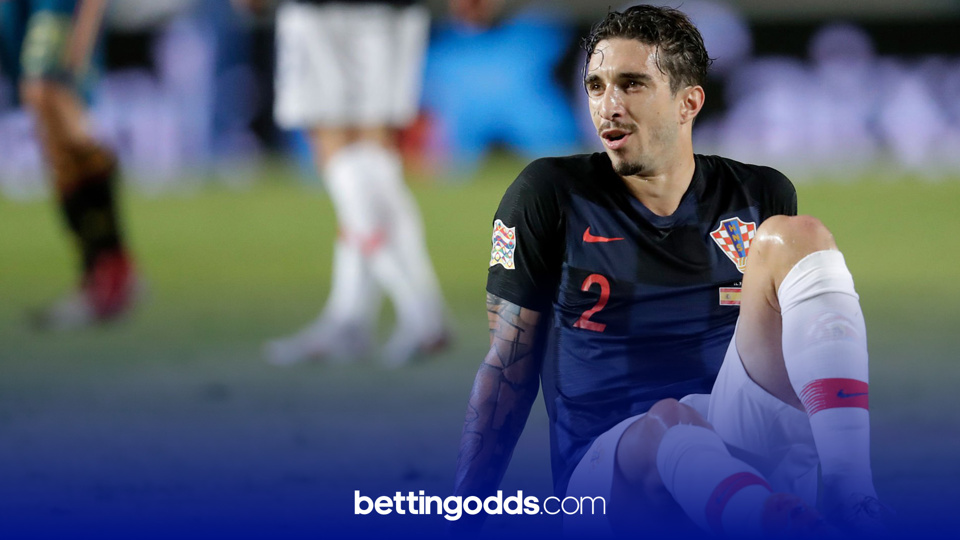 England’s journey to Euro 2020 glory begins at 14:00 on Sunday at Wembley as they host Croatia.

The Three Lions are touted to make history this summer with most bookies posting them as second favourites behind world champions France. Odds wise the bookmakers all fancy the hosts to do what they could not manage in the World Cup semi-final as they reacquaint themselves with their foe as most of them have Gareth Southgate's men at around 8/13 to beat the Croatians. However, the value may be elsewhere as they have only won 50% of their games when priced accordingly.

In terms of team news, Harry Maguire is the most noticeable absentee. If Southgate opts for four at the back, Tyron Mings could replace him though Ben White is also in contention. England’s gaffer could also deploy five at the back, which could see Kyle Walker and Luke Shaw flank John Stones. Elsewhere, Jack Grealish might just be too irresistible, but he will likely come in at the expense of Phil Foden.

As for the visitors, Zlatko Dalić showed his hand in the friendlies by going full strength. We can expect a 4-2-3-1 from them with the likes of Luka Modric and Mateo Kovacic in midfield.

My first fancy for this clash is Croatian full back Sime Vrsaljko to go into the book. Despite rarely featuring in La Liga for Atletico Madrid in his most recent two seasons there, he has accumulated five cards in 14 games. That is an average of one per every 176 minutes played! Therefore, you could make a case that his price of 4/1 with Bet365 is value as he has been caution in 36% of his games yet the implied probability of 365’s odds is just 20%. It is also worth noting that the same bet is as short as 9/5 with Unibet.

This bet is more about who Vrsaljko will be opposing though; Jack Grealish. Villa’s star man was the Premier League’s most fouled player last campaign by some distance, drawing 109, next in line was Wilfred Zaha with 88. He also tops the charts for progressive carries and ranks sixth for progressive carrying distance, which is particularly impressive when you consider that he and Adama Traore are the only non-forwards in the top ten!

It also does not hurt that Italian Daniele Orsato has the whistle for this one. He has brandished an average of 4.85 bookings per game in all competitions this season which includes the six he dished out in the only international game he oversaw.

I do not think you can underestimate Harry Maguire's absence. Although Man Utd’s centre back has returned to full training, it looks unlikely he will be risked here which leaves Southgate with a decision to make. Though Ben White has made a strong case in the warm up games, I think England’s supremo will opt for the left foot of Tyrone Mings which does not fill me with confidence.

Domestically, we saw how badly the Red Devils missed Maguire in defence and the Three Lions defence looks equally fragile without him. Against Romania and Austria, Jordan Pickford and Sam Johnstone made seven saves between them as their heroics between the sticks was the only thing that spared England’s blushes. Granted these were heavily rotated teams in friendly games but England have conceded against Poland, Denmark and Belgium over the last year.

Come the major tournaments we are not water tight either as we conceded in all but one of our games in the 2018 World Cup, even shipping goals against the likes of Tunisia and Panama.

Given our attacking talent, I think both teams to score is a nice bet here at odds against.

My third selection is Harry Kane to register an assist at 11/2 with Betfair. As promised by Jose Mourinho when he took the top job at Spurs, Kane has become a more complete striker. This is epitomised by the fact that Spurs' talisman scooped up the Golden Boot and the Playmaker award in the English top flight after he bagged 23 goals and 14 assists last season!

Kane believes he is not a traditional number nine, he played as a number ten in his youth career and sees himself as more of a hybrid between the two positions. This season he averaged 1.4 key passes per game, the second best total for Spurs, and 26 passes per game. In his last six domestic starts, 14% of his touches actually took place in the opposition's box, which once again highlights his more selfless role.

It is also worth noting that while he did bag 34% of Spurs’ goals, on the international stage the burden is not quite as heavy. In his last five starts, he has only scored 25% of England’s goals, registering as many assists as he has goals.

You can combine my other two selections- BTTS and Vrasljko Card- with the game to be level at half time. This has been the case in all of England’s opening games at major tournaments for the past ten years. In fact the last time they were leading at HT was in their 2006 World Cup opener vs Paraguay and the goal that day was courtesy of an own goal in the third minute.