West Brom goalkeeper Sam Johnstone has been priced at 18/1 to start England’s first match against the Czech Republic at Euro 2021.

The Baggies shot-stopper is yet to make a senior appearance for the Three Lions but has represented his country at youth and under-20 level.

His potential inclusion into the international fold is a result of Jordan Pickford picking up an abdominal injury during Everton’s 2-1 defeat to Burnley at the weekend.

The Toffees have since confirmed that the current England No. 1 is set to face a prolonged period on the sidelines because of the injury which leaves a slot available for a goalkeeper in England’s squad for the upcoming World Cup qualifiers against San Marino, Albania and Poland at the end of the month.

While West Brom have massively struggled this season and look certainties for relegation at the end of the campaign, Johnstone’s performances have been one of few positives for the West Midlands club. The 27-year-old has been the Baggies’ player of the season and has frequently accrued plaudits for his performances in the top-flight.

Johnstone has kept five clean sheets in 28 outings for the Black Country side this season, making memorable saves in the 1-1 draw with Liverpool at Christmas and more recently during the 1-0 defeat against Crystal Palace at the weekend, denying Christian Benteke at Selhurst Park. 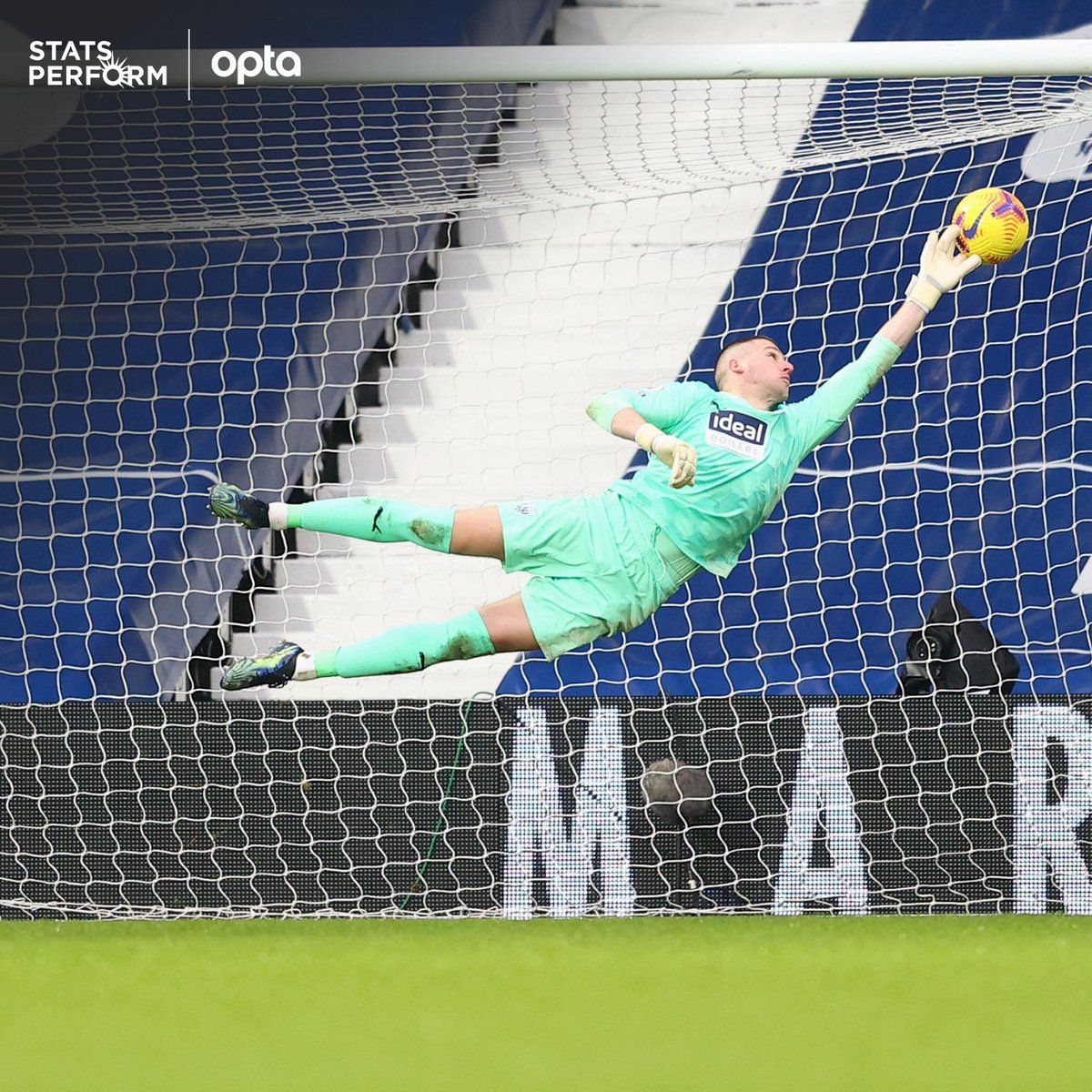 100 - Sam Johnstone's 34th minute stop from Lewis Dunk's attempt was his 100th save in the Premier League this season, with the West Brom shot stopper becoming the first goalkeeper to reach this tally in the competition this campaign. Busy. #WBABHA https://t.co/CcYlEbSGKs

Looking at those names, though, and it is Johnstone’s name which certainly stands out from the rest. Southgate and Aidy Boothroyd have decided to keep Aaron Ramsdale with the U21s as they begin their challenge for the Euros, which potentially leaves a spot for Johnstone in this month's squad.

It’s safe to assume that, barring any late injuries, both Henderson and Pope will make the European Championship squad but with the extent of Pickford’s injury not fully known, it is feasible that the Toffees goalkeeper could miss this summer’s tournament if this turns into a recurring issue for the former Sunderland man.

Pickford’s form for Everton this season hasn’t been too convincing, either. The 27-year-old has kept just one more clean sheet compared to Johnstone with six, which when you compare the difference in quality between the club’s each play for - one in 7th gunning for a top-four finish and one 19th and all but consigned to relegation - is a fairly telling statistic.

There have been concerns surrounding Pickford’s quality for some time now and while it does look likely that he will be present at the Euros if he is fit, it may not be as the Three Lions’ first choice option. Nick Pope has impressed once again for Burnley this term, with only Ederson (16), Edouard Mendy (14), Emiliano Martinez (14) and Kasper Schmeichel (10) keeping more clean sheets than his nine in the Premier League.

Pope is deemed by many to be England’s strongest goalkeeper, while Dean Henderson continues to impress for Manchester United in the absence of David de Gea and is the shortest priced selection in Paddy Power’s England squad market at 1/12.

Looking ahead to the forthcoming qualifiers, and Johnstone certainly seems like a good option for Southgate. The two worked together when England’s now senior head coach was manager of the under-21s, and while Johnstone never made an appearance under him due to playing second fiddle behind Jack Butland, it is understood that he is highly rated by the former England defender.

18/1 is a price I certainly wouldn’t be rushing to get behind in this market, with at least two - most probably three - players ahead of Johnstone in the international pecking order. However, there is certainly value to be had in the 20/1 on offer from bet365 for West Brom’s goalkeeper to make the final squad in June, should Pickford’s wavering form continue or his issues with injury deepen.