Driving Relief Skins Match Preview: The bets and where to find them 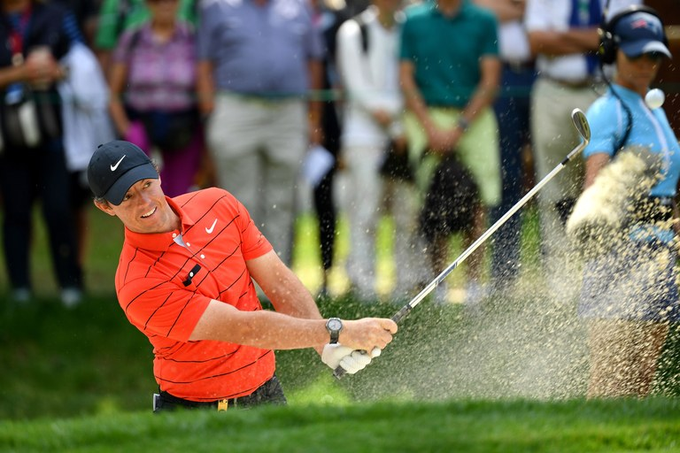 Rory McIlroy the focus of the best bets in the Drive Relief Skins Match on Sunday.
By Russell Palmer
13:58 Saturday 16th May 2020 - 5 minute read

It might not be business as usual in the golfing spectrum, but we'll take it. The social media feeds are awash with clips of people in England taking to the course for the first time in months and on Sunday we're going to be treated to some live, competitive golf. Okay, semi-competitive.

Rory McIlroy, Dustin Johnson, Rickie Fowler and Matt Wolff will battle it out in the TaylorMade Driving Relief Skins Match played at the wonderful Seminole Golf Club in Florida on Sunday afternoon and we're really looking forward to it.

What is the Driving Relief Skins Match and where can I watch?

Synopsis: McIlroy and Johnson will play against Fowler and Wolff in a 'skins' match. It's a little like fourball match-play, where the lowest score on each hole is key, but rather than winning the hole and going one up, the winner of the hole wins some money "some skin".

We explained in more detail in Tuesday's golf column (McIlroy and Johnson big favourites as live golf returns), but essentially the money won on each hole will go to the players' chosen charities and if the hole is halved the money rolls onto the next. Whoever wins the most cash win the match!

There's also some extra charity bets on the side but it's worth pointing out if you are having a bet on the event, that these don't contribute to the overall match.

Each birdie scoring bonuses - worth $25k

Each eagle scoring bonuses - worth $50k

The action gets underway 2pm local time at Seminole on Jupiter Beach in the US, with Sky Sports showing the event live in it's entirety from 7pm BST.

What are the bets?

Straight up who will win the match? The golf odds are in favour of the current world number one and former number one McIlroy and Johnson. You can shop around for some 4/7 with 888sport and Unibet, but the implied probability of the pair winning is just over 8% less than it was when the markets went up.

With McIlory and Johnson on the drift in the market, some money has come for Fowler and Wolff, who whilst being the lesser profile of the two pairs have plenty of 'game' and could work great together as a team.

Fowler and Wolff are best price 7/4 with William Hill but as short as 6/4 with plenty of other books. The 6/4 Fowler/Wolff implies that the underdogs have a 40% chance of winning the match, which makes this a pretty close looking contest.

Bookies have priced up a first hole winner market which puts the draw at a slightly odds on favourite at 5/6. 5/2 McIlroy and Johnson to get off to a flying start with the Olkahoma State University buddies Fowler and Wolff a 3/1 chance.

There'll be live betting in running markets if you like to play hole by hole, whilst bookmakers have priced up their golf odds to include the charity side bets we'll be seeing.

McIlroy heads the betting in the longest drive markets for holes two and 14 at around the 5/4 price. Both McIlroy and Johnson are two of the longest hitters in the game and could well over-power their opponents.

Rory ranks second in the driving distance stats on the PGA Tour this season behind Bryson DeChambeau averaging 320.2 yards, around 12 yards further than Johnson. Dustin can certainly bring it though but with distance McIlroy also brings accuracy.

The Northern Irishman averages 56.66% in driving accuracy, which is pretty phenomenal given his prodigious length off the tee.

Each eagle is worth an extra $50k to the golfers and given that's an extra $50k into the pot for their charities the players will be going all out to get one.

Both McIlroy and Johnson are 3/1 shots that they'll make eagle during the round. All four of the par fives will be in range for these two longer hitters and McIlroy's eaten up the long holes on the PGA Tour this season making eight eagles from 24 rounds. It doesn't look like there'll be any wind to speak of on Sunday in Florida and with temperatures up this looks like a tempting bet for either player.

To be honest, the event isn't so much of a betting proposition but one to ease punters back into watching some live golf whilst the players make some money for some worthwhile charities.

As it stands, 'real' golf is due back on the 11th June with the Charles Schwab Challenge and Sunday's contest will ease us in gently and get used to watching an event with no spectators and putting with the pin left in. In fact, Sunday's competition won't have caddies either which will bring a different twist on proceedings as well.

We've still got plenty to look forward to in the golfing calendar with the US Open moved to later in the summer because of COVID 19, plus the bookies have kept the prices up on the Masters due to be played in November this year, so we have US Masters odds available live on our dedicated page, with McIlroy the bookmakers favourite to win his first Green Jacket.

We here at BettingOdds.com will be here to guide you through each event and hopefully pick out some winners. Good luck!

Golf might be back but don’t feel like you’re obliged to have a bet for the sake of it. Betting should be fun, don’t let it turn into something it’s not. Be 'Gamble Aware' and bet responsibly.

Bermuda Championship 2021 Bettiing Tips as BettingOdds.com provide winner and each-way tips ahead of the PGA Tour…

Mallorca Open 2021 Betting Tips as BettingOdds.com provide winner and each-way tips ahead of the European Tour…

ZOZO Championship 2021 Bettiing Tips as BettingOdds.com provide winner and each-way tips ahead of the PGA Tour…

Shriners Open 2021 Odds as BettingOdds.com preview the tournament and offer up their best Betting Tips for the…

Jamie Worsley tips up this week's even on the European Tour - The Alfred Dunhill Links Championship.

Sanderson Farms Championship Tips & Predictions: Take Burns to get fired up in Jackson

Three Sanderson Farms Championship tips & predictions as the PGA Tour moves on to Mississippi this week.