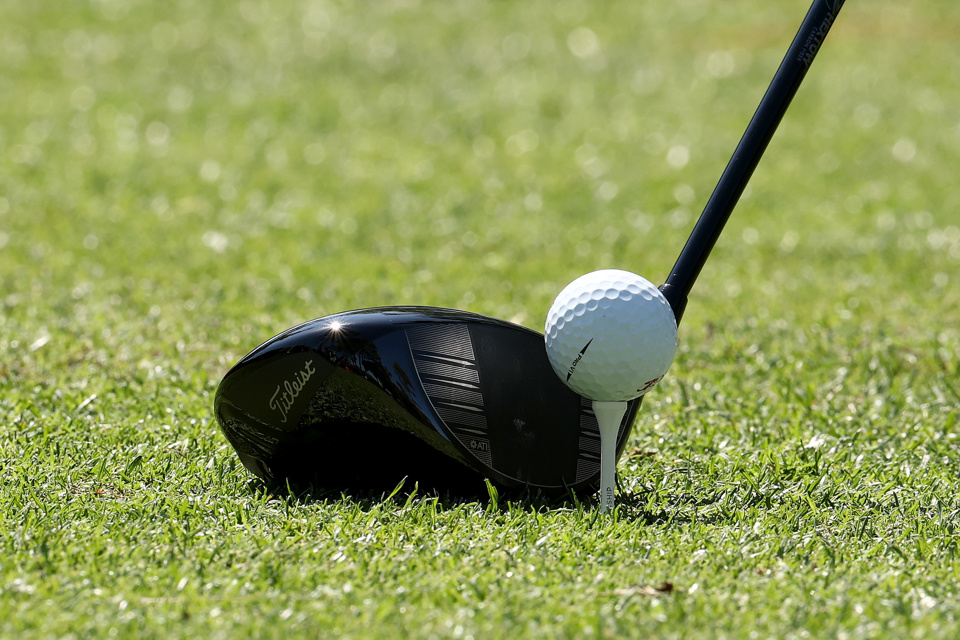 Tony Finau one of a number of value plays with course form in Texas.
By Russell Palmer
09:49 Wednesday 10th June 2020 - 6 minute read

The PGA Tour returns on Thursday with the Charles Schweb Challenge played at Colonial Golf Club in Fort Worth, Texas.

A ball hasn't been struck in anger since The Players Championship was cancelled on the 8th March which could explain the stellar field assembled this week.

Rory McIlroy heads the betting at 8/1 as he makes his first visit to Colonial, whilst the likes of John Rahm, Justin Thomas, Brooks Koepka and Dustin Johnson all line up in a field that contains 16 of the top 20 in the current world rankings, with only Adam Scott, Patrick Cantlay, Tommy Fleetwood and Tiger Woods absent.

With mainstream golf on the sidelines for three months, this isn't going to be your typical betting preview. With no recent form to go off, we've taken a strong look at course form and there's plenty to call upon with Colonial a mainstay of the PGA Tour having hosted a tournament in some guise nearly every year since 1946.

The break will have punters licking their lips and Paddy Power have pushed the boat out with their 10 places concession, whilst the likes of William Hill and Betfair (8 places), Betfred (7 places) and Bet365 (6 places) are all giving punters a good choice for their golf betting this week.

Watch: Sky Sports (UK) from 12:30 Thursday thru to Sunday

Countdown fans will know that when it comes to the numbers round the contestant will ask Rachel or Carol (depending on your vintage) to take numbers from the top and the bottom, and we like to give our golf tips from the top, middle and bottom of the betting.

We've whittled the field down to nine players with some good course form to take from. Obviously this year's edition of the tournament is much stronger than a usual year, but the likes of McIlroy, who is rated an implied probability of 11% to win according to the bookies, plus the other top golfers allow us some better value further down the betting. If you're ever going to back against the favs it would be this week with no recent form to go on.

Towards the top of the betting, the likes of John Rahm and Webb Simpson stand out. Rahm has only played the course three times and although he missed the cut twelve months ago he recorded a tie for fifth and a tie for second in his other two starts at Colonial. At best price 12/1 he's the second favourite behind McIlroy with William Hill and Betfair both paying eight places if you were to back the Spaniard each-way.

Nearly double the price is Webb Simpson at 22/1. The American has also recorded two top tens in his three appearances in the last six years, missing the cut on his most recent appearance in 2018.

At the prices it's Simpson that gets the nod, the world number nine ranks fifth on the Fedex Cup this season and was 3rd in the Sony Open of Hawaii at the beginning of the year, which could be considered a decent guide for players returning after a lay-off. Simpson is 22/1 best price with Hills and Betfair who both go eight places.

Further down the betting we've picked out five players to take a look at in the 40/1 to 100/1 bracket.

Jordan Spieth has a really good record at Colonial. A Texas native, Spieth has finished in the top ten five times in the last seven years, winning in 2016 and tied for second place in 2015 and 2017.

The former world number one and three-time major winner has been falling down the rankings over the last 18 months. Trouble off the tee and with his putting won't give backers too much confidence and with a number of golf tipsters putting him up this week the value may already have gone, into 45/1 from 66's.

At a smidge bigger in the betting, last year's champion Kevin Na makes some appeal at 55/1. The American is a veteran of the PGA Tour having amassed over $32m from 408 tournaments in winnings he'd gotten a bit of a reputation as a nearly man, but three of his victories on tour have come in the last three years. All of his wins have come in 'lesser' tournaments in terms of quality however and as defending champ it might be too much to ask of Na in 2020.

Others that catch the eye in this bracket include 80/1 chance Kevin Kisner who won here in 2015 and has a further two top ten finishes in the last six years, but it's his compatriot Ryan Palmer who catches the eye at the same price.

Other than having a brilliant name shared by this particular author and one that is also synonymous with golf, Palmer boasts a very good record at Colonial. Finishing in a tie for 6th place 12 months ago, Palmer boasts another five top 10 finishes at the course. Ranked just inside the top 50 in the Fedex rankings he's having a better season than Kisner and looking for a fast start like he had at the top of the year when finishing 4th in the Sony Open of Hawaii in January.

Colonial is Palmer's home course and he's our second tip this week, at 80/1 with Bet365 who are paying each way terms to six places.

Our course form study highlighted a couple at massive prices. Rory Sabbatini, the South African who plays under the Slovakian national flag has a couple of top tens to his name in his last four visits to Colonial and was a winner here in 2007 and can be backed at 140/1, whilst 200/1 shot Chris Kirk has loved it at Colonial. The winner in 2015, Kirk has also registered top 10 finishes in 2012 plus top 20 in 2018, 2017 and 2014. The American isn't enjoying a great season by any means and that's baked into his price, but at 200/1 we wouldn't discourage you from having a small each-way place, with William Hill paying eight places as well.

Our final pick comes in the shape of the considerable shape of Tony Finau. The 6ft4 American ranks #10 in strokes gained on the PGA Tour this season and were it not for his putting he'd rank a lot higher and win a lot more tournaments.

Finau does have just the one win on Tour back in 2016, but with three top ten finishes already this season plus the second place here 12 months ago. If he can get his putter going in Texas this week we like the look of him to complete our three picks for the Charles Schwab Challenge at 40/1 with William Hill.

We're all excited to have the golf back and whilst we think there's never been a better time to look down the field to find your suggestion it's important to remember not to go overboard with the betting. Good luck!

By Jamie Worsley
Advert Disclaimer
Bettingodds.com is a free online resource which endeavour to provide helpful and useful content and odds comparison to its visitors. Please be advised that Bettingodds.com accepts affiliate commission from the companies appearing on the site, and agreed commission levels impact the location and order in which the companies (and/or their products) are presented on the website. Any ratings that appear on this site is determined by our subjective opinion of the brand but also based on market share and reputation, each brand's conversion rates, commission paid to us and general consumer interest. Company listings on this page don't imply our endorsement. We do not feature all providers on the market. Except as expressly set forth in our terms and conditions, all statements and warranties regarding the information presented on this page are disclaimed. The information, including odds, which appear on this site is subject to change at any time.
Bet £10 Get £30 In Free Bets (APP Only)
#AD New UK, IE & Malta customers only. 18+. Min £10/€10 first deposit using Debit Card or Trustly. Place a bet of £10 at min odds of 1.5. Free bets expire in 90 days. Full T&Cs apply.
Bet £10 Get £30 In Free Bets
#AD 18+. Play Safe. New customers using Promo code H30 only, Min £10/€10 stake,  min odds 1/2, free bets paid as 2 x £15/€15, free bets credited after  settlement of first qualifying bet, free bets will expire 30 days after  the qualifying bet is placed, payment method/player/country restrictions apply.
Welcome Offer
#AD Bet £10 & Get £50 in Free Bets for new customers at bet365. Min deposit requirement. Free Bets are paid as Bet Credits and are available for use upon settlement of bets to value of qualifying deposit. Min odds, bet and payment method exclusions apply. Returns exclude Bet Credits stake. Time limits and T&Cs apply.
Bet £10 Get £60 in Bonuses
#AD New UK customers only. Register using the promo code BETFRED60, deposit and place first bet of £10+ on Sports (cumulative Evens+) within 7 days of registration. First bet must be on Sports. £20 in Free Bets to be used on Sports, £10 in Free Bets to be used on Lotto and 50 Free Spins (20p per spin) credited within 48 hours of bet settlement. Further £20 in Free Bets credited 5 days after settlement. Bonuses have a 7-day expiry. Payment restrictions apply. SMS verification and/or Proof of I.D and address may be required. Full T&Cs apply.
100% Up To £50 Welcome Bonus + 25 Spins
#AD 18+ begambleaware.org; New bettors get 100% of deposit up to £50; Once per household; Min deposit £15 (no Skrill/Neteller); Wager a total of 8 times deposit + bonus, with max qualifying bet stake equal to your initial bonus amount; Bonus expires after 60 days; Min odds of 4/5 on singles, or 2/5 per leg for acca; Some bet types excluded; Free spins validity: 7 days; Free spins max. winnings = £100; See full terms; Terms apply.
Bet £10 & Get £30 In Free Bets + £10 Bonus
#AD Promo code: 30FB • Min deposit £10 • A qualifying bet is a ‘real money’ stake of at least £10 • Min odds 1/2 (1.50) • Free Bets credited upon qualifying bet settlement and expire after 7 days • Free Bet stakes not included in returns • Casino Bonus must be claimed within 7 days and expires after 14 days • To withdraw any winnings from the Casino Bonus, wager the Bonus amount 40 times within 14 days • Withdrawal restrictions, payment methods, country & Full T&Cs apply. 18+ & Begambleaware
Bet £10 Get £20 In Free Bets
#AD Min stake £10. Min odds 1/2 (1.5). First bet only. Free bets expire in 7 days. Cashed out bets won’t apply. Payment method restrictions. Online UK customers only. 30 days to qualify for £20 in Free Bets. 18+. T&Cs apply
Bet £10 Get £30 In Free Bets + 100 Free Spins
#AD 18+ New customers only. Opt in, bet £10 at odds 2.00+ within 7 days, no cashout. Get 3x £10 Free Bets, set events at odds 2.00+. Plus 100 Free Spins on Big Bass Bonanza, no wagering. Free Bets and Spins expire in 7 days. Card payments only. T&Cs apply. Please gamble responsibly.
Bet £20 & Get It Back As CASH If It Loses
#AD New customers only. Place your FIRST bet on any Football market and if it loses we will refund your stake in CASH. Max refund for this offer is £20. Only deposits made using cards will qualify for this promotion. T&Cs apply.
Bet £10 Get £30 In Free Bets
#AD Place a min £10 bet on the Sportsbook on odds of min 1/2 (1.5), get £30 in Free Bets. Rewards valid for 30 days. SMS verification required. Only deposits via cards will qualify. T&Cs apply. Please Gamble Responsibly
£40 In Bonuses
#AD Place a qualifying £25 fixed odds bet at odds of 1/2 or greater. Qualifying bet cannot be placed in-play or cashed out early. A first free £5 fixed odds bet will be credited upon settlement of the qualifying bet. 4 x following £5 free fixed odds bets will be added to your account on consecutive days. Free bets and spins must be claimed within 28 days of opening. Free bet/spin stake not included in any winnings. Ts&Cs Apply. 18+ begambleaware.org
HOME
FREE BETS
FOOTBALL TIPS
LIVE SCORES