British Open Tips: 18/1 treble with our three-ball picks for Round 1 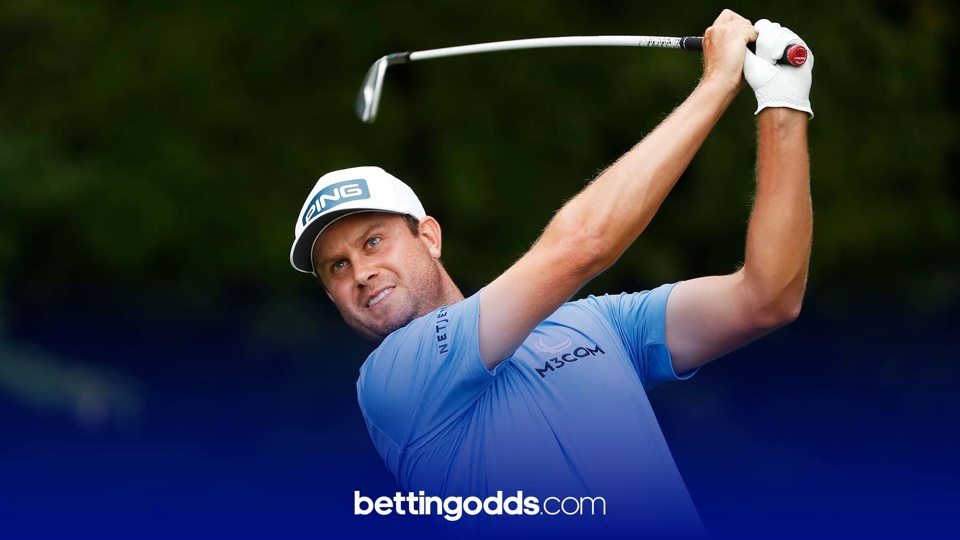 Harris English was a winner at the Travellers Championship last month and features in our three-ball tips for Round 1
By Anthony Eadson
16:42 Wednesday 14th July 2021 - 4 minute read

The 149th British Open gets underway tomorrow with the first players teeing off at 6:35am. Having a look at the weather conditions for the first round and winds speeds look fairly similar throughout the day with early low cloud disappearing going into the afternoon.

There doesn’t look to be too much of an advantage at any given time of day and we’ve picked a three-ball treble that we like the look of. The three selections combined currently pay best with Unibet at just over 18/1. Have a read below why we like the look of these players to win their group in what should be an excellent first day down at Royal St George’s.

The first player in this trio who will take to the course on Thursday morning is Branden Grace who is grouped with Jordan Speith and Bryson DeChambeau going off at 9:25am. The South African is the outsider of the three to post the best score in round 1, but at 5/2 and bigger he does make some appeal in this market, despite what looks on paper a tough gig.

It’s been a good year for Grace with a win at the Puerto Rico Open to claim his second PGA Tour victory, as well as a highly impressive seventh place finish at Torrey Pines for the US Open. The 33-year-old is the only player in major history to card a 62, which he did at Royal Birkdale back in 2017 and has already been cut with several firms to lift the Claret Jug this time round.

Bryson DeChambeau has had three starts at an Open Championship and has missed the cut twice along with a 51st place finish. Links golf does not seem to suit the scientist and his power is not as strong a weapon on a course such as Royal St George’s.

Jordan Speith is however a player who does know how to play links golf with a memorable win at Royal Birkdale in 2017 and a couple of other top-10 finishes over the last five renewals. At 13/10 Jordan does a little short for our liking with the 11/4 from 10Bet looking the better value option.

Less than an hour later at 10:42, Harris English takes to the tee, to kick off the second of our three-ball picks for round 1. The American comes here off the back of a victory at The Travellers Championship which saw him win the second longest playoff in PGA Tour history with a birdie on the eight hole.

The 31-year-old from Georgia has been paired with Erik van Rooyen and Chez Reavie and is the favourite of the three to post the lowest score between them at just a shade of odds-on at 20/21.

English hasn’t actually played at The Open since 2016 but has made the cut in four of his five attempts. His most recent two finishes at the US Open read fourth and third and with two wins already to his name this year we think he will go well this week. Erik van Rooyen looks the main danger, but with Harris English coming into this off the high of that win last month, he can get off to a fast start on Thursday morning.

Another traditional fast starter to tournaments is Russell Henley. The American goes off at 2:26pm along with Webb Simpson and Shaun Norris. Henley is currently priced at 13/8 and after he was the leader at this year's US Open at Torrey Pines after 18, 36 and 54 holes.

Looking at Helney’s starts in other majors and on his last three visits to Augusta he’s been fourth and sixth after round one, along with a third place after 18 holes at the PGA in 2015. The 32-year-old has never finished inside the top-10 at a major but it’s clear to see he has a tendency to start the four days incredibly strong.

The last five leaders of The British Open Championship have been American and Henley looks a good fit here considering he’s been leading the US Open on his last two visits and is a fairly solid wind player.

The treble currently pays best with Unibet at just over 18/1. Best of luck to those following, you can find a full preview and outright tips for the event from our man Jamie Worsley. Please always gamble responsibly.