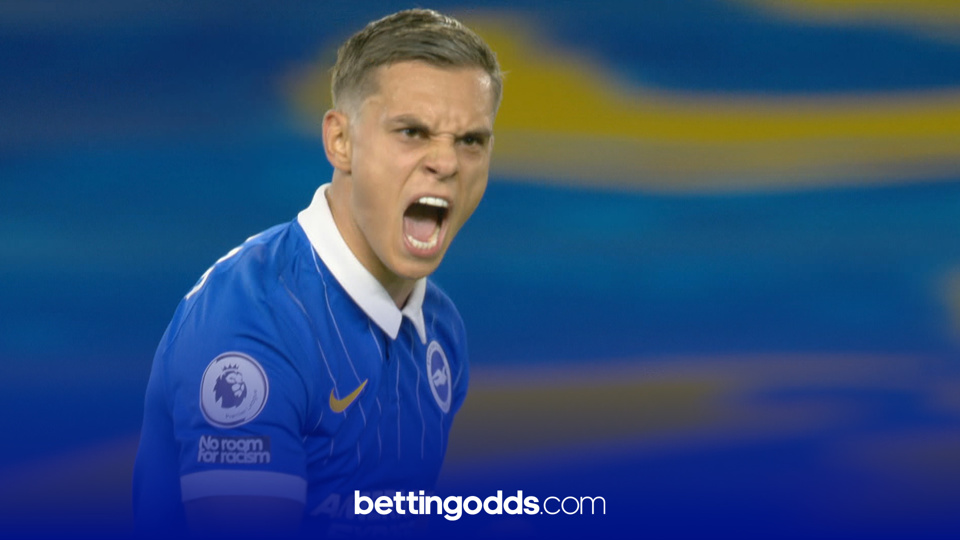 Monday night football takes us to The Amex where Brighton host Southampton at 8pm on Sky Sports.

The Saints will still be hurting after throwing away a 2-0 lead against Man Utd last time out. They should however take some confidence from their recent away record losing once in the last 10.

They also have a strong record at Brighton winning the last three on the road.

Brighton claimed a point against Liverpool but are still yet to win at home this season. Both sides have doubts around their strikers with Maupay and Ings facing late fitness tests ahead of the kick off.

I've picked out three bets for the match plus the same game multi, looking to follow up on Friday night's winners in my Barnsley v Bournemouth preview.

Southampton's James Ward-Prowse is a set-piece master as he showed again last weekend against Manchester United. The England midfielder has four goals this season and is averaging over a shot per game.

You must think anywhere within 30 yards is probably within his range and with confidence high this bet looks at steal.

With Neal Maupay facing a late fitness test I expect Leandro Trossard to start here with the former not being rushed back.

The Belgian is a player that loves a pop shot which should help our cause here. A sole goal so far this season but that is not for want of trying with an average of 2.1 shots per game, second only to Maupay.

In what looks likely to be a free-flowing game, Trossard to have 2 or more shots on target is my next selection.

Yves Bissouma makes up the third part of the bet.

He has racked up the fourth most minutes in the league so far for Brighton behind Ryan, White and Webster.

During these minutes he has maintained an average of 1.6 shots per game. He does a bit of everything and the price feels big when comparing to similar players out there.