Betting Stories: Ante-Post punter wins £74,500 from a £10 each-way bet at the Cheltenham Festival 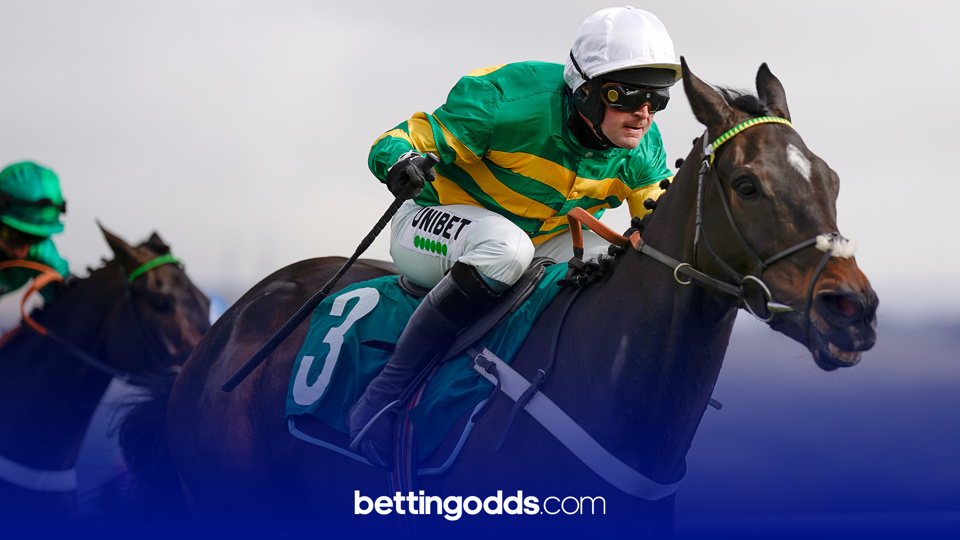 It’s fair to say that Ante-Post punting comes with plenty of trials and tribulations. After watching a horse shorten in price for months, an injury setback or a switch of intended race can leave you deflated.

This certainly wasn’t the case for one punter at the Cheltenham Festival last week, who managed to scoop himself an incredible £74,500 off at £10 each-way stake. The bet in question was a £10 each-way treble placed all the way back in September 2020 on three horses at prices of 25/1, 25/1 and 20/1.

Plucky punter Daniel chose Bob Olinger to win the Ballymore Novices’ hurdle (25/1) and Sir Gerhard to win the Champion bumper (25/1), both of which would take place on the Wednesday of the Festival. The final horse in the trio was Chantry House (20/1), for the Marsh Novices’ Chase, the first race on the Thursday.

Fast forward a few months to December and it was now confirmed that Envoi Allen would run in the same race as Chantry House, with the latter having put in a poor run finishing third in a four runner race at Ascot after being sent off the 8/11 fav. 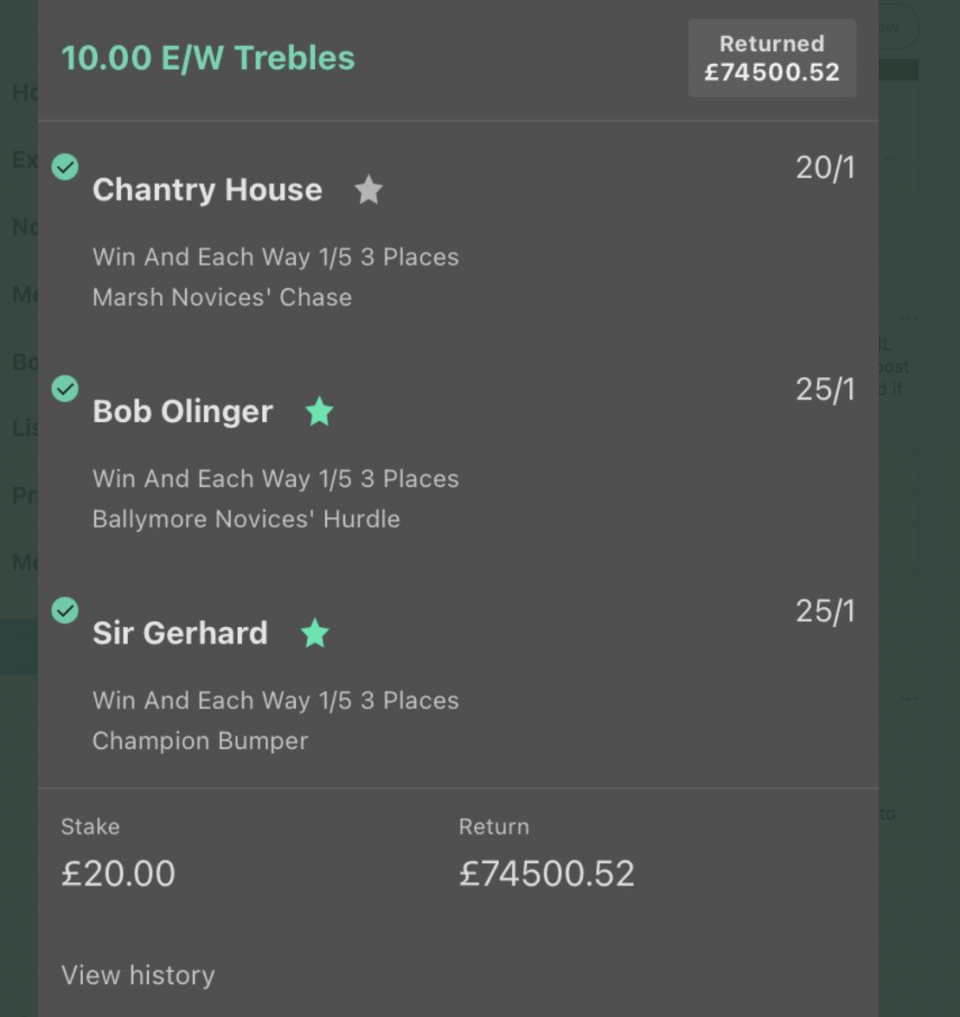 With some liquidity now in the bet with the prices taken shortening, Daniel decided to use the partial cash-out feature to take out half his stake for a profit which he then reinvested into other bets for the Festival. This in hindsight would cost Daniel a lot of money but celebrations would still be on the cards.

A brutal British winter felt like it would never end, but eventually March came knocking and Cheltenham was upon us. It was time for the treble and Bob Olinger absolutely romped home in the Ballymore before Sir Gerhard flew in both under excellent rides from the superb Racheal Blackmore.

With just Chantry House now needed it was time to roll the dice. Just like most people in racing, Envoi Allen was something of a certainty for the Marsh Chase and it would be very unlikely he would be beaten. But as they say in racing ‘you have to jump the fences’ and unfortunately for Jockey Jack Kennedy, Envoi Allen came down at the fourth.

After not jumping well in the first half of the race, Chantry House was not going along perfectly by any means but kept on strongly under Nico de Boinville to land this remarkable treble. In total Daniel had won £74,500.32 from his original £10 each-way stake, a huge amount of money and one that would be life changing for most people.

After backing the three horses all at double figure prices over six months prior, they had been sent off at 6/4, 85/40 and 9/1, showing once again that ante-posts can be one of the best ways to the big returns.

You can view the full interview with Daniel about his brilliant bet below.