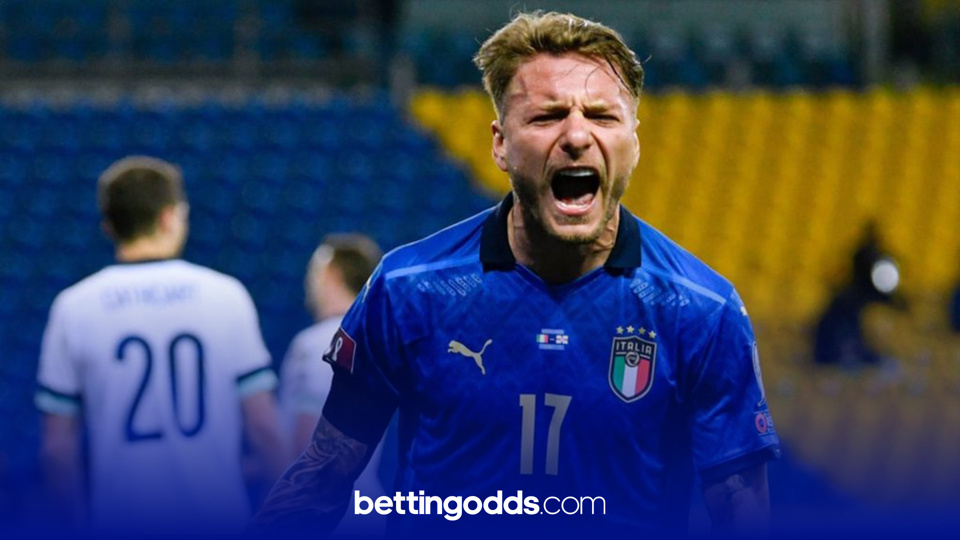 Italy play Belgium in the second quarter-final at Euro 2021, which takes place at 8pm Friday evening in Munich. We’ve once again provided you with our Cheat Sheet for the game which gives you all the data from the tournament and last season to help you hopefully pick out some profitable punts.

Italy have been one of the most eye-catching teams at the Euros completing a perfect group stage with three wins from three, without conceding a goal. However, it took until extra-time for Roberto Mancini’s men to see off Austria in the round of 16 which gives plenty of hope for Belgium.

The Red Devils knocked out defending champions Portugal last Monday after topping their group. Injuries to both Kevin De Bruyne and Eden Hazard sustained in the win over Portugal are a big blow for Roberto Martinez ahead of this quarter-final clash. 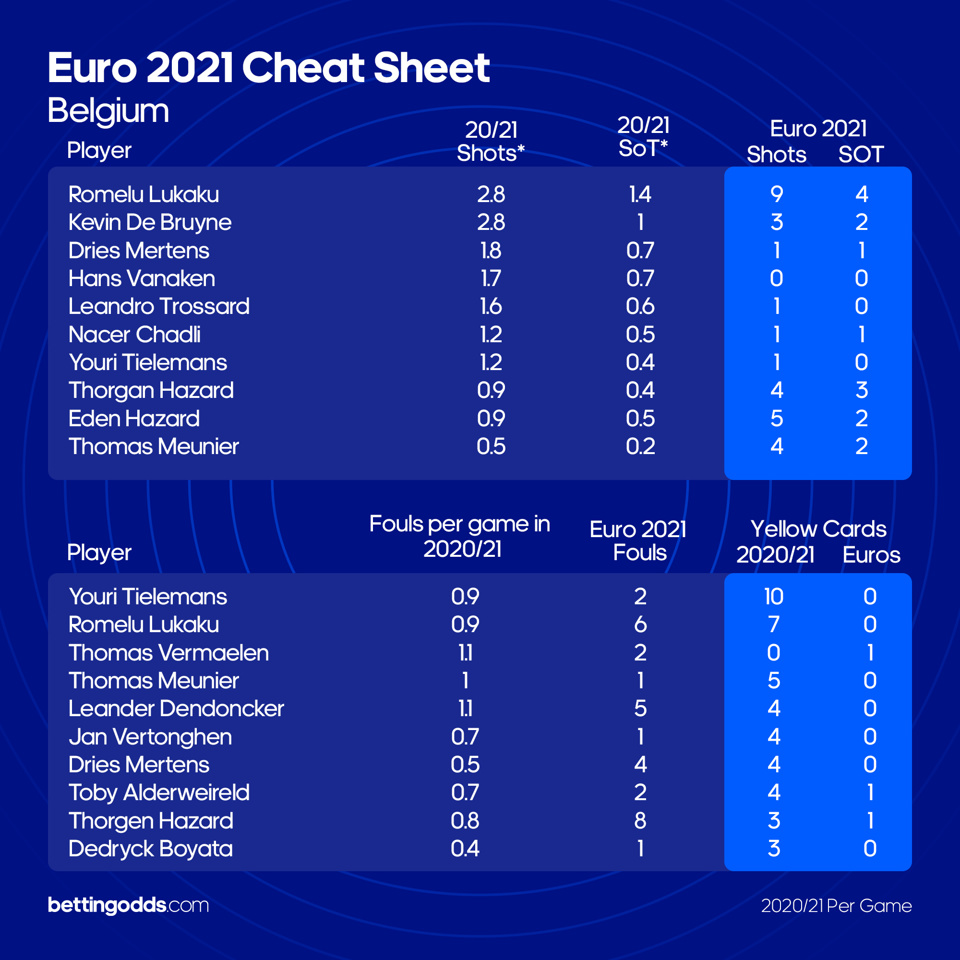 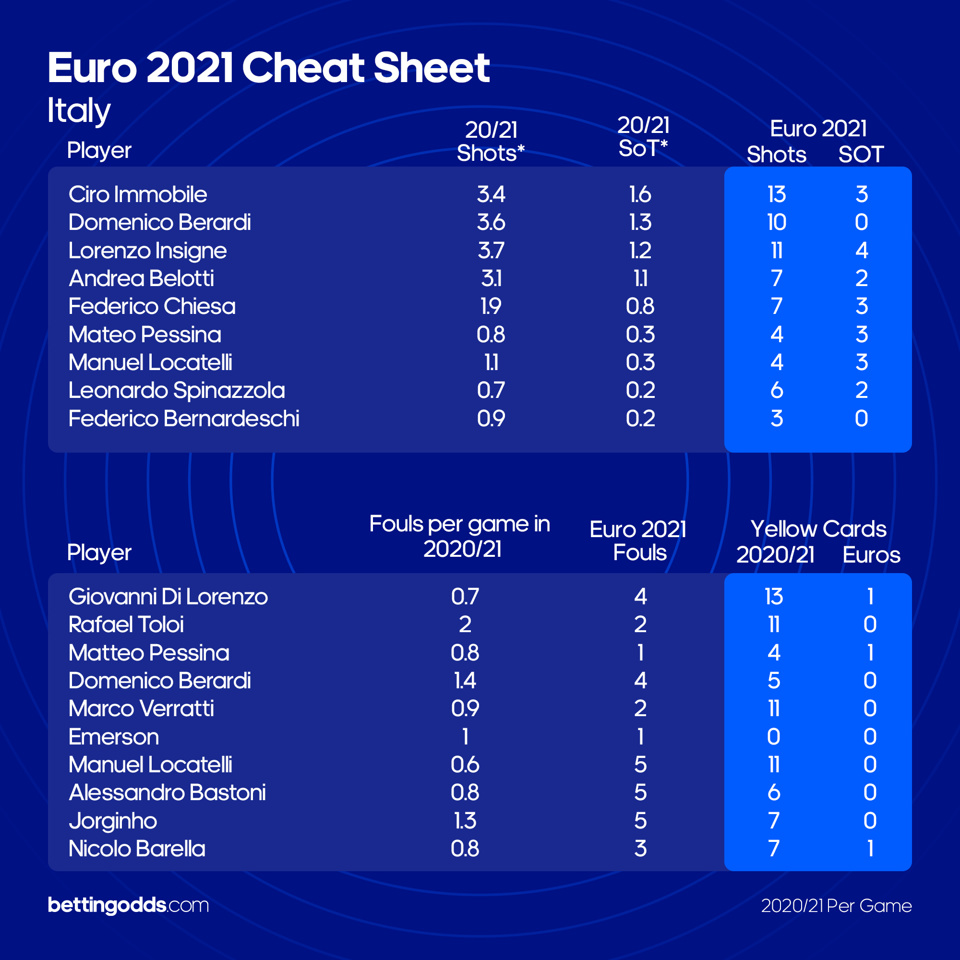 Ciro Immobile may have only scored two goals at this summer’s European Championships but the Italian forward currently possesses the highest shots per game ratio at the tournament. Immobile looks a certain starter against Belgium and although it may not be the most glamorous of prices, he’s certainly worth some consideration in the shots markets.

Immobile has registered 3+ shots on all three of his appearances at the Euros so we’d be happy to have that onside, despite it most likely being an odds-on price. Punters may want to tread with caution when backing Immobile in the shots on target market with only 23% of the Lazio front man’s shots hitting the target.

It’s worth noting that after the quarter-final stage of the tournament that yellow cards will be wiped, therefore we’re happy to recommend Thorgan Hazard to pick up a card for Belgium, despite having been shown one in his most previous game against Portugal.

The Borussia Dortmund man had an injury riddled season last term playing only eight league games, although the season before he was shown three yellows in 28 starts picking up a further two bookings in six Champions League games. Hazard averaged well over a foul a game (1.2pg) in 2019/2020 and has racked up the most fouls for Belgium so far at the tournament with eight.

Leonardo Spinazzola is enjoying a great tournament for Italy and was named the UEFA man of the match after his countries extra-time win over Austria. The left-back has been getting forward on plenty of occasions and has registered six shots in the tournament with two of those hitting the target.

With Spinazzola being such a key figure in this team we’d be having a check on his price to be awarded the man of the match, for which he’s claimed twice already this tournament. We’d also be happy to have Spinazzola in our betslip in the anytime assist market if quotes of 7/1 or bigger are available.

The game can be seen live on BBC 1 at 8pm on Friday evening. If you are having a bet on the game, best of luck and always gamble responsibly. 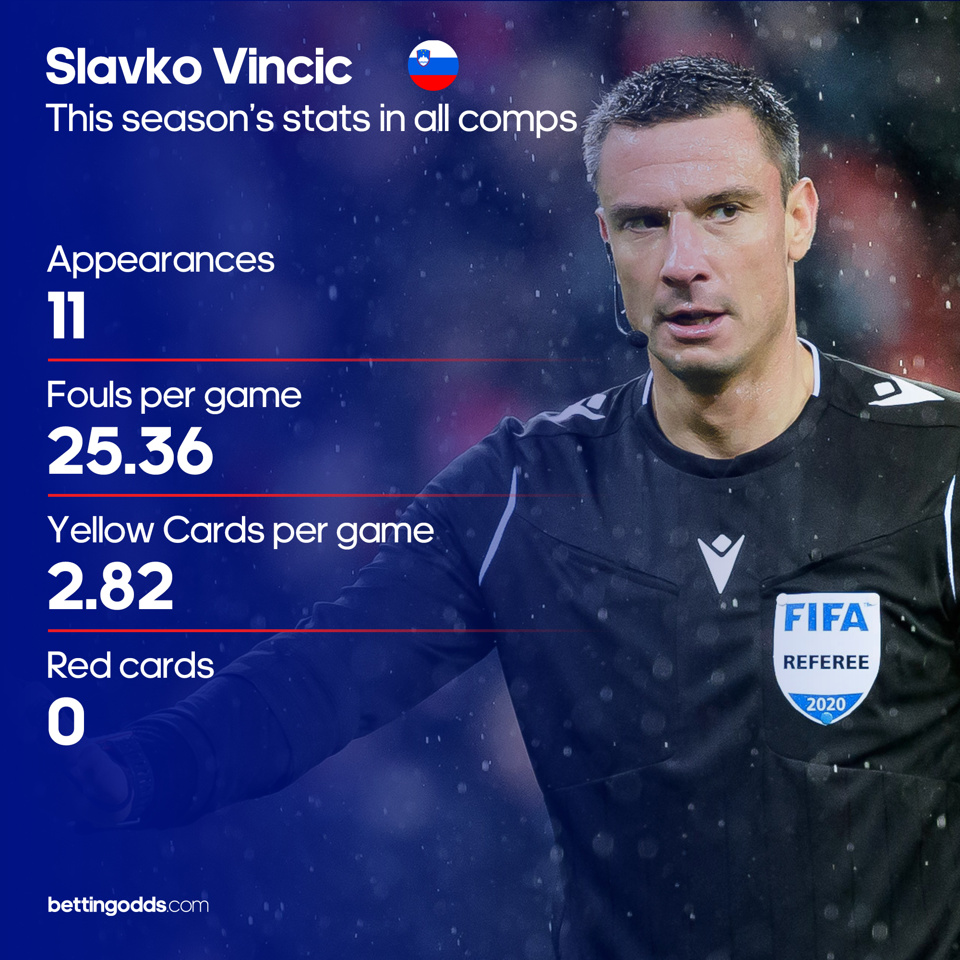