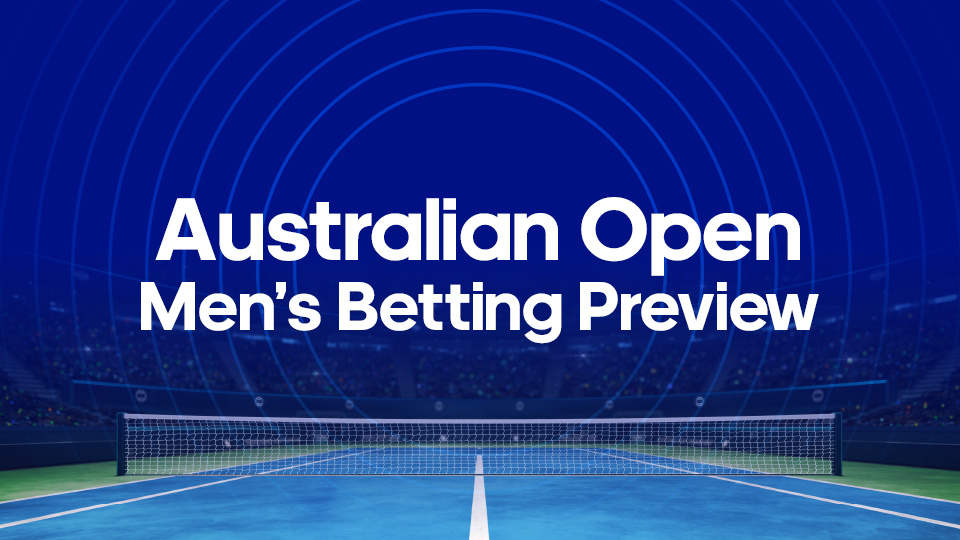 The tennis season has already begun down under with the Adelaide International kicking things off for many of the top players, the challenger circuit is also underway with many lower-ranked players taking to the clay court in Portugal.

As the qualifiers come to a close for the Australian Open, we thought it would be best to go through the current betting market for the first Grand Slam of the year. We’ll go in-depth on the top contenders in the market and also offer our thoughts on a few outsiders.

As the draws have already been made, here is the projected quarter-finals:

Of course, there are always upsets at the Grand Slams so it would be interesting to see it play out exactly like that, but Novak Djokovic seems to have the easiest quarter-final with the rest really being about as 50/50 as it gets (depending on Rafa Nadal’s fitness).

2022 was a year that was not up to Novak’s standards by any means which is crazy to say considering he still won Wimbledon, beating Nick Kyrgios in the final. Novak’s ranking slipped all the way down to 5th by the end of the year and I must add that the rankings are a bit all over the place at the moment with Wimbledon awarding no ranking points and Russian players seemingly being exiled from a fair bit of the sport.

All firms have seemingly priced Djokovic as the odds-on favourite for this event and you can see why. He has nine Australian Open titles to his name which is three more than second-place Roger Federer. The Serbian will be hoping 2023 is his year and with covid no longer a big issue in the sporting world, there’s no reason Djokovic can’t reign supreme once again and reclaim his number-one ranking.

Here is how Djokovic’s route to Australian Open glory is projected to play out if seedings hold.

It’s honestly difficult to imagine a world where he loses any of those games. Yes he has lost to Rune in the last couple of months but Djokovic was far from his best that day and at the Australian Open he is a different animal.

This draw left all firms pricing him at under evens as it’s arguably the easiest route for anyone in the top 10. If this was on a clay court I think Rune, Ruud and Nadal would all have his number but fortunately for Nole, this is his favourite surface and they’re all clay court specialists. At this point it looks like Djokovic’s tournament to lose.

Daniil Medvedev these days is a household name when it comes to the tennis world, especially when it comes to the hard court surface. The Russian is always seemingly there or thereabouts in Grand Slams at the moment having reached three finals in the past two years and winning the US Open against Novak Djokovic.

The title was looking all but wrapped up for Medvedev as he took a two-set lead against Rafael Nadal in the final of the Australian Open in 2022, but perhaps any lead against the Spaniard is a dangerous one as Nadal came back from two sets down to win the 2022 Australian Open. Medvedev will not have forgotten about this and will be on a mission to win his second Grand Slam this year.

His main threat of course is Djokovic, as is everyone's and as of late, Djokovic has been on the winning side of this rivalry winning their last four matchups. That’s not to say that Daniil can’t test him, he can, but he needs to perform better against the big players to have a say in this tournament. Their matchup in the 2021 US Open final was about as one-sided as you’ll get in a Grand Slam final against Djokovic winning 6-4, 6-4, 6-4.

Here is Medvedev’s projected route to the final

I think we’d all appreciate a final between Djokovic and Medvedev as it’s a game that always seems to deliver. However, this is a really tough draw for Daniil especially compared to Djokovic, he can definitely do it and I do think he’ll beat Nadal when they play, but to beat Nadal, Tsitsipas/Felix Auger-Alliasime and then Djokovic would be some achievement and for 6/1 with the bookmakers, you’re asking for a lot, however, he is more than capable of doing so.

After Djokovic and Medvedev in the betting market, it gets a little dicey. Kyrgios, Tsitsipas, Nadal, and Sinner can all be backed at 16/1 and then you, of course, have Felix and Fritz at around the 20/1 mark.

Kyrgios definitely does have it in him to win a Grand Slam but we all know he is his own worst enemy. He showed what he can do when he focuses properly at Wimbledon but unfortunately, he was outdone by himself once again when he started arguing with his box and the referee during the final after going a set up.

Tsitsipas has been fairly disappointing in the Grand Slam scene considering how good he actually is. He is of course only 24 and has reached one Grand Slam final which was the French Open where he lost to Djokovic after having a two-set lead. He has reached three Australian Open semi-finals now and maybe this is his breakout year, who knows? It’s a big ask though against such a tough opposition and he would also have to take out some big names to claim glory and his record against Djokovic is less than ideal with 10 wins going to Novak and two going to the Greek.

Nadal had a huge 2022 but ultimately, he pushed his body to the limit and was even forced to withdraw against Kyrgios in the Wimbledon semi-final. He is a freak athlete and in many people's opinion one of the best the sport will see, but as he ages, his injuries are taking a bigger toll on his body and it’s unlikely he can recreate what he did in 2022.

But this is Nadal we are talking about, doubting him would be foolish as he upsets the odds like no other. With it being the start of the tennis season, hopefully, he is as fresh as possible and can make a decent impact in the tournament, but I do think he will fall to Medvedev if the two meet. He also has a tough first-round draw against the young Brit Jack Draper which isn’t a guaranteed win for him.

One player who I do think is definitely worth a bet is Felix Auger-Alliasime to win the Australian Open at 22/1 with Betfred.

He was looking unbeatable at the end of 2022 where he won nine matches in a row resulting in two titles being added to his collection. He is expected to meet Tsitsipas in the quarter-finals and if he gets through that he will be facing Medvedev, two really tough games but if he shows the level of tennis that he was showing during the Paris Masters, he’ll be incredibly hard to put away and he definitely has the ability to go far in a Grand Slam.

It’s looking more and more likely that this is going to be Djokovic domination in Australia and it certainly isn’t the first time we’ve said that, it’s always good to see an underdog win but with Djokovic’s draw, he should hardly break a sweat up until the semi’s. Medvedev definitely has what it takes to challenge him but has some really tough opponents.

Australian Open 2023 Women's Preview: Iga Swiatek to show why she is number one in the rankings