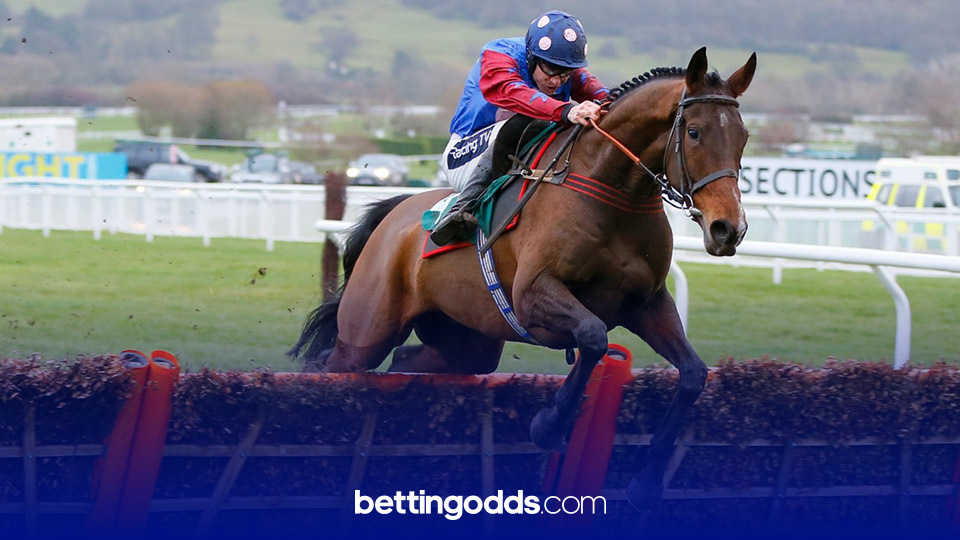 It's Grand National day and @TwoPoundPunt is back with another Lucky 15 from today's supporting races at Aintree as well as his selection for the big race itself.

My four tips come from the EFT Systems Handicap Hurdle which is the first race of the day at 13:45, followed by the Mersey Novices' Hurdle, the Liverpool Hurdle and the Betway Handicap Chase. All four selections combine for a 1685/1 shot and I'll be playing an each-way lucky 15.

For the big race itself I like Magic of Light who is available to back at 14/1.

Second here in 2019 behind Tiger Roll is a huge tick in my box and her only run at the distance. My fave jockey takes the ride and this consistent mare can get herself into the mix again if avoiding trouble. Five times raced in April returning two wins and four places.

Good luck if you're following.

get offer get offer
#Ad. 18+ Playsafe. Min deposit of £/$/€10 • A qualifying bet is a ‘real money’ stake of at least £/$/€10 • Min odds 1/2 (1.50) • Free Bets credited upon qualifying bet settlement and expires after 7 days • Free Bet stakes not included in returns • Deposit balance is available for withdrawal at any time • Withdrawal restrictions & full T&Cs apply. 18+ begambleaware.org

Has rattled off a four-timer since January at four different tracks no less. A 67% place rate on good to soft and his last run looked like the step up will not be an issue. With five places available he makes leg one on the L15 today.

This horse has pretty incredible form never finishing outside the top two in all seven of it’s races. Has won on varying ground and over a number of distances. Makes a step up in trip today but but clearly looks like a horse that has bundles of ability.

This could be a great race and I could have made cases for a number of the runners to be honest. We did not get to see Paisley Park take on Thyme Hill at Cheltenham but we have our chance today. Paisley Park is a machine, 100% place rates on today’s ground and distance from five races and is one for one at the track. Was only five lengths back in the Stayers’ Hurdle with a few of the runners today in behind.

An unlucky loser for us at Cheltenham with a blunder at last proving pivotal. two wins from two on the going and has been tried one at the distance where he placed. He is a solid performer and should be right in the mix again come the finish.