3M Open Tips and Predictions: Five against the field in Minnesota 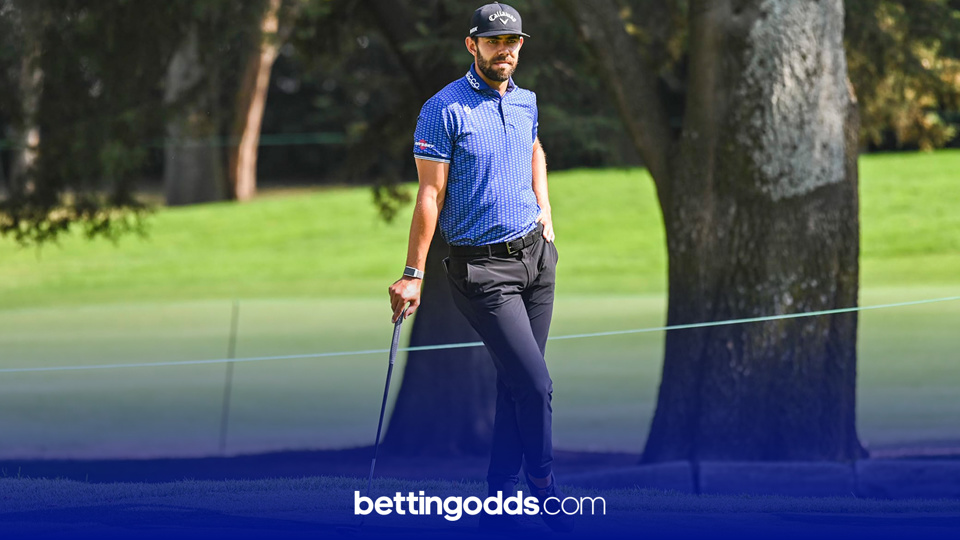 Resident PGA Tour golf tipster Russell Palmer is back again this week with five selections for the 3M Open played at TPC Twin Cities from Thursday...

When I checked the PGA Tour app at around 10am on Saturday morning having gone camping for the weekend with family and friends, two of last week's picks in the shape of Gary Woodland and Viktor Hovland were in really good shape going into the weekend at the Memorial and I was looking forward to checking in on Sunday night very much in the mix.

However, Friday was as good as it got for those two as they, along with the majority fell away over the weekend with Jon Rahm taking the victory in fine style in what became a real war of attrition at Muirfield Village.

The Memorial had the feel of a major given the strength of field and the tough set up, but this week's PGA Tour event is anything but. This is just the second 3M Open brought to you from TPC Twin Cities in Minnesota, with just one year's course form to go on and only four of the world's top 20 in the field.

Those four head the betting, with Dustin Johnson the 10/1 favourite, but it's really hard to get behind DJ having shot 80, 80 in his last two rounds, despite his win at the Travelers last month.

Despite showing signs at the Heritage Brooks Koepka still looks well short and he's second favourite at 14/1 whilst Tony Finau who is also 14/1 fell away at the weekend so dramatically it's hard to get behind him here at the prices.

Tommy Fleetwood completes that quartet at 16/1 but you're guessing on how well he's playing given this is his first tournament back, although it is noteworthy that the Englishman is here in the States nice and early with the majors coming up from next month, passing up the opportunity to play in the UK Swing on the European Tour.

Fleetwood is best priced 35/1 in the USPGA Championship betting out of interest.

Forecast: Light to moderate breeze, warm with chance of rain on Sat

This week's course should see some low scoring and will also suit the big hitters with plenty of room off the tee.

The American beat Bryson DeChambeau and Colin Morikawa here 12 months ago and his form since the restart, despite being a bit in and out, has been encouraging enough to let fire this week.

The 21-year-old has missed three of his six cuts played really well in Detroit when finishing second behind DeChambeau where he pushed him all the way on Sunday afternoon.

His maturity last week when finishing 22nd was also commendable, he ranks seven for driving distance and top 20 for shots gained tee to green. We'll be taking some of the 25/1 each way here at William Hill who are paying eight places.

Another guy who was 22nd at the Memorial and can be a touch streaky is South Africa's Erik van Royen.

The 30-year-old went to college in Minnesota, is married to a local girl and has his feet under the table at the in-laws this week which should make him feel really at home on a course he knows well.

He has two top 25 finishes on the PGA Tour in the four events he's played since the restart and a third place finish in the WGC Mexico Championship earlier in the year.

A relative newbie on the PGA Tour it's the European Tour where van Royen has cut his cloth, winning last season the Scandanavian Invitational plus a further seven top ten finishes he has the ability to make a show this week at 35/1 with William Hill.

A smidge less in the betting is Harris English who I also like this week.

The American may have missed the cut here 12 months ago but he's played really well on two of his three starts in the 'Covid swing' finishing in a tie for 13th last week.

English has five top ten finishes this season and I feel he'll get his just reward soon enough, with this week's field being one where he could dominate.

Regular readers of my PGA Tour column will know what a big fan of Viktor Hovland I am. The 21-year-old takes a well-earned week off having blown up at the weekend but I'm interested in another Norweigan here in the shape of Krisstofer Ventura.

Not only does the 25 year old have an outstanding name, he's graduated from the Korn Ferry Tour with a couple of wins last season and was in the same NCAA Championship team as compatriot Hovland and my leading fancy here Matt Wolff.

He finished a respectable T21 at the Rocket Mortgage Classic on his only PGA Tour start since lockdown but a T4 and T8 from the three tournaments he's started on the Korn Ferry.

At 66/1 with Hills I'm happy to take a chance on a player who ranks 4th on the PGA Tour for shots gained putting.

Name-wise Keith Mitchell is the polar opposite of the exotic sounding Ventura, but at bigger odds he is my flyer at a best price 125/1 with Bet365 this week.

The 28-year-old ranks top 50 for shots gained off the tee and top 30 for shots gained putting. He's very hit or miss but he's another who caught the eye last week finishing in that tie for 22nd place at Memorial.

He tied fifth in the Arnold Palmer invitational earlier this year and a repeat of that will see him in the money here.

Just the five from us this week but some juicy prices to try and get us back in the mix. As ever, please gamble responsibly and enjoy the tournament.