Glen Johnson on Salah’s contract stance: “He currently holds all the aces” 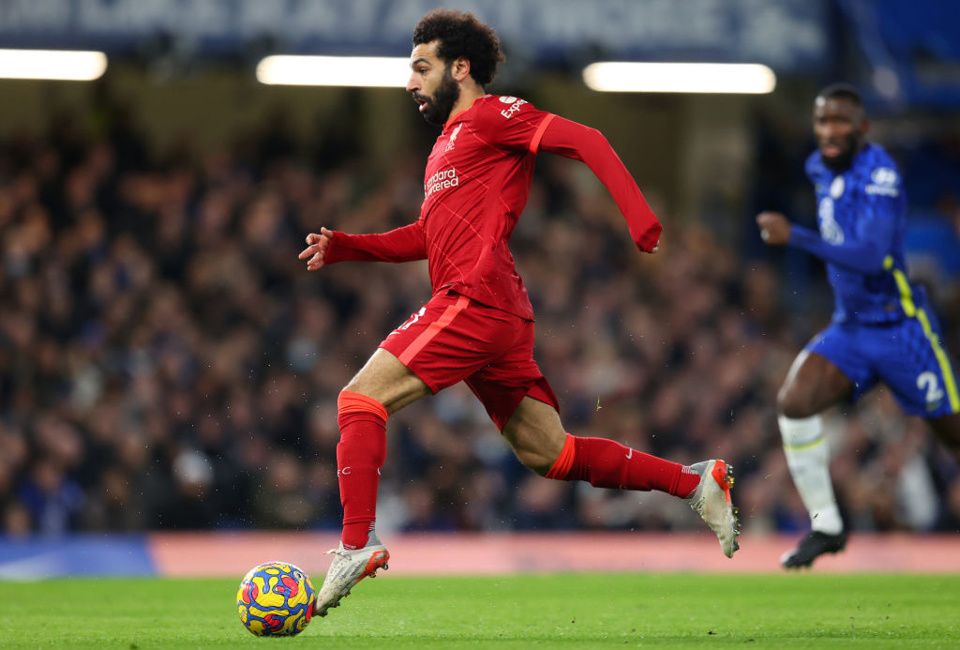 Glen Johnson Mohamed Salah holds all the aces in his contract standoff with Liverpool.

Mohamed Salah’s Liverpool future is once again another big talking point as it was speculated over the weekend that the club’s talisman has no intention of signing Liverpool’s current contract proposal. BettingOdds.com caught up with the club’s former right-back Glen Johnson to discuss the matter as well as why he believes his former club will win the Premier League title this season, Thomas Tuchel being linked with the Manchester United job and whether West Ham can overcome their 1-0 first leg defeat to Sevilla in the Europa League.

The title race is really neck and neck. In your honest opinion, who do you believe will be lifting the Premier League title come the end of the season?

“I’d probably say Liverpool. They’ve quietly gone about their business, chipping away at games, winning every week. They’re conceding less and scoring at will. No one would have thought they would have shut the gap back in January. Obviously it sounded crazy, with City 12 points in front of them. But how they’ve closed that gap, I think Liverpool are the ones that are ascending.”

The journalist Fabrizio Romano has claimed over the weekend that Mohamed Salah has no intention of signing Liverpool’s current contract proposal. Do you believe this is purely a negotiation tactic by Salah and his team? Do you believe the club shouldn’t be forced to cave into his demands?

“It probably is tactics. It’s business at the end of the day. With a player like Mohamed Salah and the position of his contract, he currently holds all the aces. Whether it’s Liverpool or any other club, it’s never good business letting any of your starting XI players go for free, and certainly not one of the best players in the world. So yes, I do think it’s tactics but at the same time Liverpool can’t do business when they’re held to ransom because then it just sets a precedent for everyone else. All of a sudden other players start running their contracts down in order to double their salary. I don’t think Liverpool should be going into the meeting room with a gun to their head. I think they should stick their sword in the ground and lay it all down. Let’s face it, Liverpool’s a top club, Salah’s a top player, it shouldn’t be a difficult deal to get over the line.”

Reacting to the current ongoing turmoil at Chelsea, do you believe these off-field issues will have an impact on the pitch? Would you be surprised if it could impact their Champions League Round of 16 second leg against Lille? Will Lille feel more optimistic of turning round the two goal deficit?

“There’s no hiding the fact that the club is in a bad situation. But so far the players have been great. They’ve been professional, they’ve won both of their games since the sanctions, but the more that this sort of stuff  lingers over the players it seeps in. Some players are coming up to the end of their contracts, some are negotiating new contracts. Personally, for them, they’ll be stuff on their mind and the longer it goes on the harder it will be to ignore, that’s for sure. I think if Lille are going to overturn that two-goal deficit then this might be the time.”

Do you believe Chelsea’s manager Thomas Tuchel will also be considering his future at the club? If Chelsea are at risk of falling away from Europe’s elite, then do you believe one of the world’s most elite managers will want to remain at the club?

“I don’t think this is going to go on long enough for them to fall away from the elite. I expect it to be resolved pretty quick. But obviously if it does go on - all the top players are at Chelsea because they’re one of the top teams in the world - and if all of that changes, those players are going to be looking over their shoulder. But right now I don’t think it’s a problem. They’re super-engaged with what they’re doing, you see the passion from the players and the manager and ultimately their job is to play football. They’ve just got to wait and see what happens above them and the sooner they get a deal over the line, they can just crack on and put this behind them.”

Your former teammate Jamie Carragher suggested that Manchester United should capitalise on Chelsea’s ongoing problems and pounce for Tuchel. Do you agree with this notion? Do you believe Tuchel would make the move if it was offered to him?

“I think no, if he gets some guidance from the Chelsea board about a deal being close. However, if this situation bubbles on for twelve months, then yes. People will be looking for their own futures. But if this is done in months then Tuchel and the players have got some confidence in that then no, I don’t think he’d be interested in the Manchester United job at all.”

Thomas Tuchel recently labeled Kai Havertz “undroppable”. The 22-year-old has been involved in six goals in his last four games. Do you believe Chelsea have had their ideal number nine in their possession all along? Does his form ease the worries about Romelu Lukaku’s performances? It has been reported that Lukaku is willing to take a pay cut in order to re-sign for Internazionale.

“Yes, of course Havertz’s performance has eased the pressure on Lukaku. Chelsea however didn’t buy those two players to compete with each other. Havertz is having to play a different role as Lukaku isn’t firing. They’re two good players and Chelsea are getting away with the Lukaku situation because Havertz has stepped up but I don’t think Chelsea will be happy with that as they bought both of them to be firing, not just one.”

Gabriel Agbonlahor on Talksport last week was speaking about who he believed was the best-right back out of Reece James and Trent Alexander-Arnold? Gabriel claimed Reece James was better defensively. But, from your perspective, who would be your first choice right-back for England?

“Reece would be my number one pick. It’s a close run race of course. I think they’ve both got different qualities and I just think, at that level, we’ve got the players that can go forward so you don’t need that as much. I think Reece James is probably the best all-rounder but, as we know, what Trent offers you going forward is exceptional. It’s a tough one.”

Chelsea were considered the favourites to secure the signature of Declan Rice before the news that they will be unable to sign new players for the foreseeable future. Do you believe this could lead to Manchester United winning the race for Declan in the summer? If you were the player, a self-confessed boyhood Chelsea fan, would you wait it out?

“Again it’s the million-dollar question of how long is the wait. I personally believe this will all be over by the summer anyway. Chelsea are certainly going to need to get this done before the transfer window closes. They can’t go through that full window and lose out on all their targets. Let’s face it, there'll be numerous players who they’ll be talking to right now, and they will have been for months. Those players will be slightly nervous thinking that they had a deal on the table from Chelsea so they’ll be watching it closely. I certainly think that any player that was close to getting to Chelsea will certainly wait it out until halfway through the window.”

West Ham lost 1-0 on Thursday in their first leg Europa League tie away in Sevilla. Do you believe Sevilla’s experience in this competition (they’re the record six-time winners of the competition) will lead to West Ham’s downfall, or was there enough evidence in their display on Thursday night to prove that they can overturn the deficit?

“They can overturn the deficit. Sevilla are notorious in the Europa League but it’s one game of football and you’re only a goal behind. If it’s only 1-0 then you’re always going to be involved and it wasn’t a terrible result to be honest. I think they’re capable of turning it around but the Sevilla players will be very calculated in what they do and they’ll remain professional knowing that they’ll need to defend to protect their advantage.”

At this very moment in time, which three teams do you believe will be relegated from the Premier League this season?

“I think Newcastle are no longer in the relegation battle. They have a new found belief and I certainly think there’s three worse teams than them. My three to go down would be Norwich, Watford and at the moment it looks like Everton. It would be the biggest shock of the year but they look awful.”

If Everton were to be relegated, do you still believe Frank Lampard could have a successful career in management?

“I absolutely believe that whatever happens with Everton that Frank will have a great career in management. He’s a great guy, he loves football and he knows the game inside out. He definitely has the respect of the players, so there must be something else going on at the club. Rafael Benítez couldn’t sort it out and he’s a fantastic manager. There’s got to be something going on in the dressing room. On paper they’ve got some good players but their back four is an absolute mess. I think it’s more down to the players. If two good managers can’t get them going then they’re going to have to look at themselves.”