Glen Johnson on Harry Kane: “I think it’s likely he’ll see out his career at Spurs” 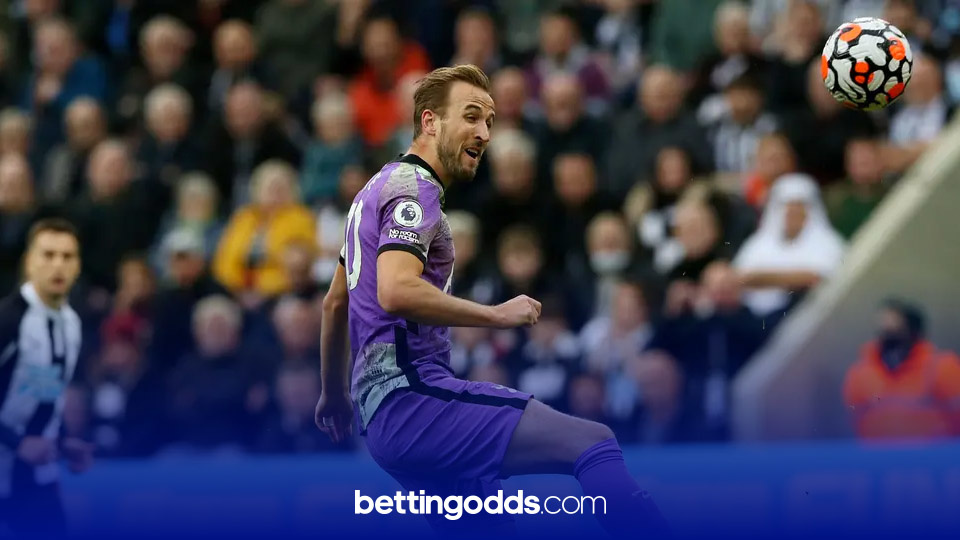 Glen Johnson believes Harry Kane will see out his career with Tottenham.

With Robert Lewandowski set to leave Bayern Munich this summer, the German media has suggested that Tottenham striker and England captain Harry Kane is the Bundesliga Champions’ desired replacement for the Ballon d’Or runner-up. Former England international Glen Johnson sat down with BettingOdds.com to discuss why he doesn’t believe Kane will make the move to Germany as well as Joe Gomez’s new contract at Liverpool, why it’s time for Callum Hudson-Odoi to leave Chelsea and West Ham’s prospects next season.

Harry Kane is being linked with a move to Bayern Munich as a replacement for Robert Lewandowski: Can you seriously see Kane playing in Germany, or do you believe he’s likely to see out the rest of his career now at Tottenham?

“No, I can't see Kane playing in Germany. He’s certainly good enough for Bayern Munich for sure. I just can’t imagine he’d want to do that right now. I’m sure he had his eye on Manchester City but now that door’s shut. There was a time when he obviously had his eye on Manchester United and that door is also probably shut. Before that it was Real Madrid. I can’t see him moving anywhere to be honest.

Joe Gomez has signed a new contract at Liverpool until 2027. Now from the outside eye it can be argued that he’s currently the fourth choice centre-back at the club. Are you shocked he’s signed a new deal?

“Not really because if he had stayed fit I don’t think he would be fourth choice. I don’t know what his body is like at the moment. He might even be nervous about going somewhere and not passing a medical. He might have sorted himself out in terms of thinking ‘If I go somewhere else I might fail my medical: I’m going to have to take this and fight for my position’. I don’t think he would be the fourth choice if he had stayed fit. That’s the biggest problem. He needs to stay fit.

“I don’t think he should have pushed for a move this summer. Not really. I don’t think he’s played enough football to go to one of the big teams or be demanded by one of the big teams. If he had gone this summer he would have definitely taken a backwards step, which is fine when you’re capable of playing every week, showing that you can perform, and then you’ll end up back at a big club. But if he goes to a lower team and gets injured again, then there’s no coming back.

“I think he’s good enough to be a Premier League player. I think it’s all down to him staying fit and being able to play 20 games in a row. I think that’s all there is. You know, you get your momentum, get into a happy place, and then you sort of start cruising through games. But when you’re constantly coming back from injury and you’re constantly trying to get match fit, it’s hard to get momentum and a sustainable run. I think he’s capable - I just think it’s all about him being able to play a few games in a row.

“Right now, for Liverpool, I’d probably go with Virgil van Dijk and Joël Matip as my centre-back pairing. I like Konate as well, he’s a proper athlete and a beast on the pitch. So I think it’s out of Matip and Konaté that will partner van Dijk at the moment but I do think Gomez can get in and amongst that chat if he can get a few games and start the season well.”

Last summer we saw Liverpool lose Gini Wijnaldum to PSG on a free transfer, and now this summer Liverpool have sold Sadio Mané to Bayern Munich. After witnessing the experience Wijnaldum has had in Paris, do you believe Sadio can end up regretting leaving Liverpool too? Or do you believe he’s too good a player to struggle in the Bundesliga?

“I don’t think he’s going to struggle at all. He’s gone to a top team who will win with their eyes shut. The domestic league is a lot easier but he’s gone to Bayern Munich to try and win the Champions League again. I think he will cope absolutely fine. He’s too good of a player to struggle. I think he’ll be fine.”

If Chelsea were to sign Cristiano Ronaldo this summer, then what impact would it have on someone like Kai Havertz? He is a player who has been deployed in the centre-forward position.

“I don’t personally see Kai Havertz as a striker. He’s scored some big goals, so he’s clearly more than capable, however I don’t know how capable he is doing it over an entire season. He’s a makeshift striker, where someone like Lewandowski is an out and out striker. I think Havertz and Ronaldo or Lewandowski can both have a role, I don’t think either Ronaldo or Lewandowski will cut off Havertz’s path into the starting eleven. He can drop into the number ten role too, so he can still play a big part.”

Chelsea captain César Azpilicueta is reportedly close to securing a move to Barcelona for £7 million. Now if he were to leave, that would be three defenders, potentially four if Marcos Alonso leaves too, that Chelsea need to replace.  Do you believe an unfamiliar, brand new defence for Chelsea next term can hamper their chances of silverware considering that it will take a while for all their defensive incomings to familiarise themselves with one another?

“If they’ve almost got a brand new defence then that could hamper them initially. However, if they can get players with Premier League experience, then it might not hinder them as much. If you get a couple of players that don’t know the Premier League and they all can’t gel at once then that may potentially lose them the fight. If you sign four players from outside the Premier League for example, then one of them is going to flop. That’s just a fact. You’re not going to get four new defenders that are going to be ten out of ten from the moment they arrive. If they buy a number of defenders without Premier League experience, then they can kiss the title goodbye straight away.”

Hakim Ziyech could be set for a move from Chelsea to AC Milan this summer. Do you think he’s been given a proper chance at the club?

“I do believe he’s been given a proper chance at Chelsea and he’s a proper player as well. When he switches it on then he’s unplayable, but playing well in one in three games or one in five games isn’t enough for a team that has aspirations of winning the Premier League.”

Callum Hudson-Odoi has been linked with a move to Newcastle United in the past week. Is now the right time for him to leave Chelsea for good? Or would a loan move benefit him and Chelsea best? Will he ever make it as a Chelsea player?

“I’m not sure. Again, he has spells where he looks unplayable and then he has days where it looks like he shouldn’t be playing in the Premier League. If he gets his head straight then I think he’s got a lot to offer but I think his days at Chelsea are over to be honest. He’s still young but for me he’s got a lot to learn. He needs to play football every week so to go somewhere like Newcastle where he’s being taken out of his comfort zone to focus on his football. Maybe Newcastle will get the best out of him.

“A loan move would possibly work if he goes somewhere to play every week. He’s got a lot to offer so Chelsea won’t want to give him up easily - that could be another one of those signings where they let him go and try and buy him back again for £100million in two years’ time. To let him go on a year’s loan, or even two years, to let him learn his trade where he’s playing every single week and then call him back is better than technically throwing everything away.”

Wayne Rooney has returned to the MLS as a head coach. This isn’t the end of his managerial career in England though, is it? Where and when can you see him coming back?

“Yes I can see him coming back to England. Absolutely. He’s one of the biggest names in English football. I think he’s being quite clever. You’ve got to earn your stripes. It’s not easy just picking up a club and improving them. It’s hard for a manager of 15 or 20 years experience. So I think he’s a super young manager so I think he goes to the MLS to earn his stripes, learn a few things, learn how he wants to play, learn how he wants to deal with certain players in certain situations and then when he’s got more strings to his bow, he’ll come back and get a decent job I reckon. I think he’d have to come back and do well with a Championship side first. I don’t think you come straight back from America and get the Everton job - let’s face it, it’s a big, big job. So I think he’ll have to go somewhere, prove that what he has learnt works and then he’ll get a chance at Everton, somewhere like that, I imagine.”

West Ham finished in the Europa Conference spot and reached the semi-finals of the Europa League last season. This summer they’ve recruited defender Nayef Aguerd from Rennes, central midfielders Patrick Kelly and boyhood Hammer Flynn Downes, as well as confirming goalkeeper Alphonse Areola as part of the team. Would you say their summer transfer window has been more successful than the clubs around them i.e Arsenal and Manchester United. And that being said, with this squad bolstering can they improve on their 7th place position of 2021/22?

“One thing West Ham did need was a bigger squad. I think that’s why they fell off last year, and the year before. They’ve been knocking around fourth or fifth and then towards the end of the season they get a bit tired because they’ve only got a few players who can play all of the time. I definitely think they need a big squad. If they can stand up to the Premier League of course they’re going to kick on and maintain that form for a lot longer.”

West Ham are also linked with a move for Blackburn’s Ben Brereton Díaz. West Ham need a striker and the forward scored 22 goals in 37 games in the Championship last season. He’s 23 years old and for you, would he be the perfect match? Or should West Ham move for somebody that’s Premier League proven?