Wyndham Championship Tips & Predictions: Three against the field at Sedgefield 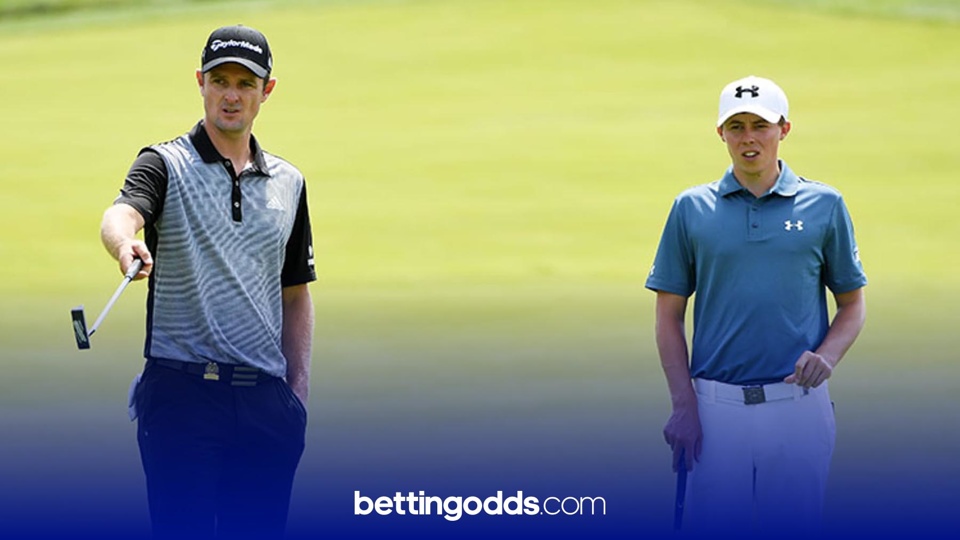 Fresh from a placed return on 40/1 shot Jason Day at the USPGA Championship on Sunday, our golf tipster Russell Palmer returns with three tips for this week's Wyndham Championship on the PGA Tour...

Before we take a look ahead to the Wyndham Championship, a short reflection on Sunday's USPGA Championship.

On Sunday morning we had both Bryson DeChambeau and Jason Day in the mix for last week's tips, Jason Day held on for some place returns advised at 40/1 finishing in a tie for fourth place, whilst Bryson, who I'd put up at 16/1 to win would also finish fourth, but had held the co-lead early in his round.

It was a good effort from both players and DeChambeau has shortened towards the head of the US Open betting at Winged Foot next week.

Kudos to anyone who backed the winner Collin Morikawa. On reflection he had the right profile, coming in at 35/1 he'd been in form this season having won the Workday Charity Open last month and involved in a play-off defeat in the first tourney back after lockdown.

I thought he'd be too short for the Harding Park test so was overlooked, but his exemplary tee to green game was rewarded with the putter and he hosed up comfortably in the end.

That was Morikawa's debut Major victory at the first time of asking as a professional, having played as an amateur in the Masters and US Open last year, he's now won more tournaments than he has missed cuts (2-1) and looks a supreme talent.

In fact, last year's College class is looking so hot, with Matthew Wolff already a winner on the PGA Tour would also finish in a tie for fourth place last week, whilst regular readers will know how highly I regard Viktor Hovland, the Norwegian another graduate from last year's college class to have gone on to win on the PGA Tour already.

Morikawa takes a well-earned rest this week for the Wyndham Championship, a staple event on the PGA Tour with plenty of course form to go on and a 10/1 favourite in the shape of Webb Simpson!!

Simpson absolutely loves it here at Sedgefield North Carolina, having won this event in 2011. Simpson has carded seven top ten finishes in the last ten years here including 3-2-2 on his last three visits. His game is set up for this test, a shortish par 70 measuring just over 7000 yards, where accuracy is rewarded with short irons into the greens and scoring can be low. Good putting is key!

At 10/1 I can't have any of Simpson unfortunately who appears to have been over-factored based on that course form given his reasonably average form since winning the RBC Heritage six weeks ago. Although, Simpson named his daughter Wyndham off the back of his win here so he will be extra motivated to play well!!

Instead for my first pick I'm going for an old favourite of mine who showed glimpses of his old self the last couple of weeks.

Weather: Warm but chances of rain, no wind

Justin Rose has been a model of consistency over the past half a dozen years and I had him teed up at some good prices since lockdown on the PGA Tour only for him to be uncharacteristically poor.

However, a top ten finish last week in the hardest test yet since the players returned nine weeks ago was enough for me to get excited about his chances this week, especially given the improvement of his putting where he made up over two shots against the field.

The Englishman finished just four shots off the eventual winner but with rounds of 66-68-70-67 there are signs he's getting his game back.

Struggling with his driver in rounds one and two, Rose would elevate his driving accuracy percentage from below 30% on Thursday to over 60% at the weekend and if he can maintain that momentum and the putter stays hot, he has a chance on a course where he finished 5th on his last start in 2009.

Another golfer playing his way into form is Korean Si-Woo Kim who finished in a tie for 13th at Harding Park on Sunday with four rounds under par finishing -7.

Off the radar this season he's now made seven cuts in a row and Sunday's effort was his second best finish of the season behind his 11th at the Travelers seven weeks ago.

Perhaps inspired by Collin, Si-Woo can kick on again here on a course he's won at. His putting stats were bang average last week and still finished in the top 15. Some joy with the flat-stick here and I can see him going close at a big price, backing him each-way at William Hill who once again go best price AND eight places.

Another with course form and a W here at the Wyndham is Brandt Snedeker, available to back at 50/1 with Hills.

The American has failed to get anything going since the restart but has an abundance of course form I'm hoping can trigger something in his game.

Five of his last visits have resulted in a top-ten finish including that win in 2018, which included a round of 59!

The 39-year-old remains a good putter ranking 26th in shots gained putting whilst the rest of his game is a bit sketchy. Trending ever so slightly in the positive column for all round shots gained last week finishing in a tie for 51st, I'm willing to take a flyer on him here.

Billy Horschel and Ryan Moore continue to play well without putting s sustained score together and I'm sure both will come good at some point, whilst if you're into backing favourites Webb Simpson is clearly at home here this week for all the reasons listed above.

As ever, best of luck this week if you're following and please remember to gamble responsibly.

Corales Puntacana Championship Tips & Predictions: Three against the field in the Dominican

Three US Open tips and predictions with the action getting underway at Winged Foot on Thursday.

Portugal Masters Tips & Predictions: Three at a price in the Algarve

Three Portugal Masters tips and predictions as the European Tour moves on to the Algarve.

Andalucia Masters Tips and Predictions: Conner can at Valderrama

Valderrama hosts the Andalucia Masters where we have three tips and predictions for this European Tour event.

Tour Championship Tips and Predictions: Three against the field at East Lake

Three against the field with our Tour Championship tips and predictions, in the PGA Tour season conclusion.

Three UK Championship tips and predictions as the UK Swing draws to a close on the European Tour.

BMW Championship Tips & Predictions: Three against the field at Olympia

Three BMW Championship tips and predictions as the FedEx playoffs move onto Illinois on the PGA Tour.

A look at three Wales Open tips and predictions as the UK Swing continues at Celtic Manor.