US Politics: Over £120m placed on US Election with just under three weeks to go 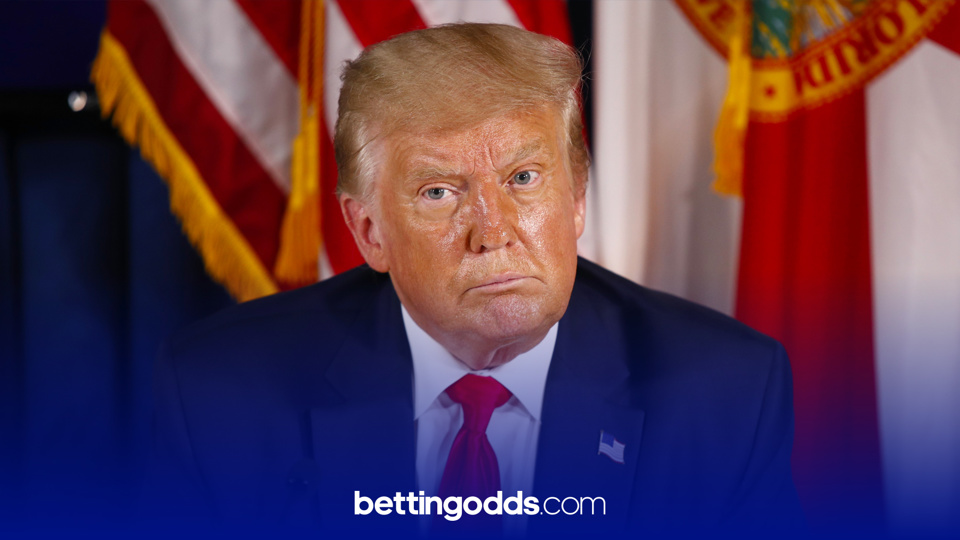 Donald Trump was 12/1 to become the President when the polls closed before the 2016 Election
By Anthony Eadson
20:54 Wednesday 14th October 2020 - 3 minute read

There’s just 20 days left until the US election takes place, with Donald Trump looking to earn a second term in the White House. Money has been pouring in from punters for November’s election with already a staggering £128million matched on the Betfair Exchange.

Joe Biden is the current market favourite with odds of 1/2, an implied probability of 67%. This means that Donald Trump will yet again have to defy his odds in order to keep his seat in office.

Cast your mind back to 2016 and when the polls closed before the Election, Trump was a massive 12/1 shot to defeat Hillary Clinton. Dangerous Donald’s price tumbled and tumbled on that evening of November 16, and after winning after the Republican vote in Georgia, Trump went odds-on.

That night saw the record broken for the most amount of money ever placed on a betting market via the Betfair Exchange. £200m was matched in total with £75m of that coming after the polls had closed.

That record is well on course to be broken again with the 2020 US Election market already having a staggering £128m placed on the event with the Betfair Exchange. The last time I wrote about the 2020 US Election for BettingOdds.com was back at the start of August when just £55m was in the market meaning since then, the amount placed has more than doubled.

On September the 3rd both candidates hit 2.0 on the Betfair Exchange. That’s 1/1 in fractional odds and is sometimes referred to as ‘even-money’. This would indicate a 50% implied chance of victory for both Joe Biden and Donald Trump.

Since then though there has been a dramatic swing in the odds with Joe Biden shortening into the 1/2 favourite. Trump’s odds on the other hand have been drifting like a barge and his chances of a second term have been cut from 50% out to 33% over the last six weeks. 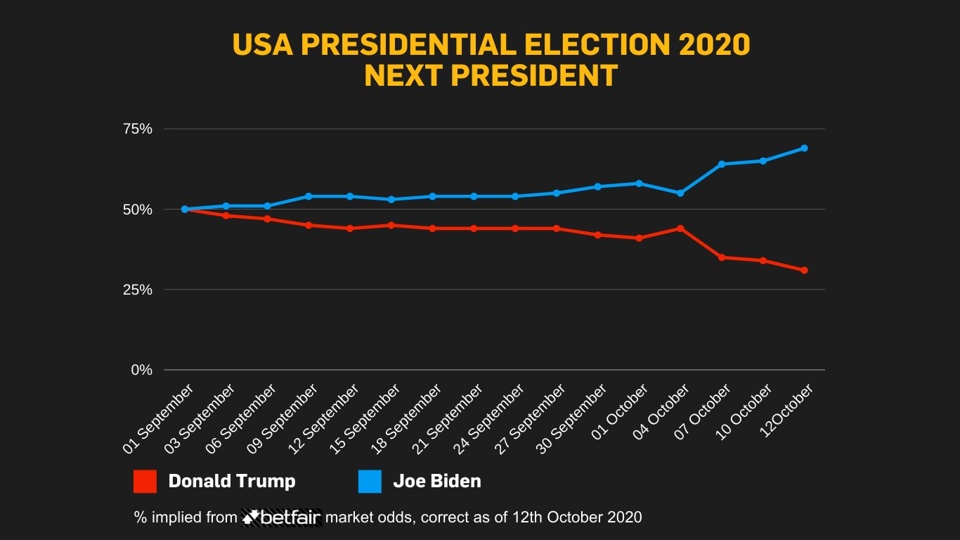 In that time President Trump shared the first live debate with Joe Biden, only to interrupt his counterpart an amazing 73 times in just 90 minutes. We’ve then seen the President failing to apply to social distancing measures, throwing parties at the White House, before contracting Covid-19 himself. Loose cannon springs to mind.

Another factor here is the polls. Joe Biden is well ahead in most polls across the pond, but despite that there has been some money come in for Trump over the last 48 hours with his price shortening from 3.3 (23/10) into 3.0 (2/1) on Betfair.

One thing to consider though maybe that out of the last five presidents before Trump, four of those gained a second term in office. The only exception being George Bush Snr. We are living in strange times, and one thing is for sure that Donald Trump will not go quietly. The fake-tanned salty swine is never far from a controversy and has alluded that he will not leave the White House if he were to lose the election as he claims it would be a false postal vote.

The prices on either Trump or Biden winning the election will change in the coming weeks due to the vast amounts of money entering the betting markets across the world. With just under three weeks to go it’s all set to be one of the most interesting presidential elections of recent decades.