UEFA Nations League Betting: Why are Spain joint-favourites to win the tournament? 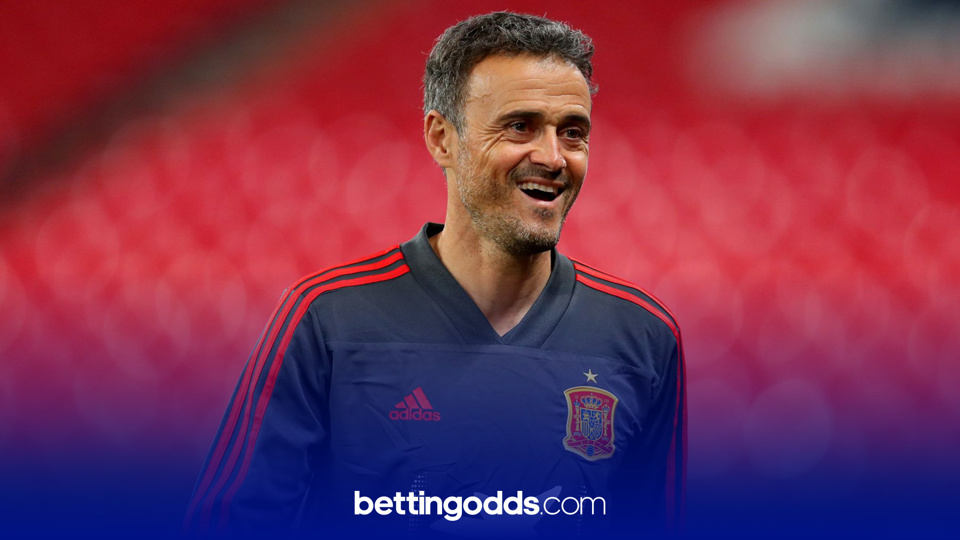 Spain have been cut into 4/1 joint-favourites in the UEFA Nations League winner betting market alongside France, an implied probability of 20% offered by the bookmakers.

Luis Enrique's side could be backed at 9/1 to lift the trophy just last week but following their 1-0 win over Switzerland on Saturday that price has been slashed considerably.

The Spaniards - who have not won a major international tournament since 2012 (Euros) - are now a shorter price than the likes of England (5/1), Belgium (6/1) and current holders Portugal (10/1), while they are the same price as reigning World Cup champions France in the market.

It is slightly difficult to understand why, though, given the fact that their recent performances have been fairly lacklustre. La Furia Roja have been extremely solid at the back having conceded just one goal in their previous four Nations League appearances, though they have only won two of those matches and struggled to convincingly defeat Switzerland on home soil at the weekend.

But for a magnificent save from David de Gea in the first-half (see video below), Spain could have easily fallen behind and their goal came courtesy of a goalkeeper error. While they did dominate possession on Saturday and take eight more shots than their Swiss opponents, only two of those landed on target with one being the match-winning goal.

It was a similar affair last week against Portugal. In a match which promised so much before kick-off, it turned out to be a damp squib with the clash ending goalless. Again Spain enjoyed the lion share of possession (66%) and again they registered more attempts on goal than their Portuguese counterparts (15 to 11) but the breakthrough just didn't come.

It is apparent that Spain are lacking in firepower, especially in the final third. A nation which has long been admired for its attacking talent and creative personnel is now almost unrecognisable when you look at their starting line-up.

There is talent, of course. The likes of Barcelona's teenage superstar Ansu Fati looks a real asset and will no doubt enjoy a long and successful career at both club and international level, but their out-and-out striking options are now a shadow of what they used to be when you compare them to the team which won the back-to-back European Championships in 2008 and 2012.

Stars like David Villa and a prime Fernando Torres were always going to be near on impossible to replace but they have not come close to replicating those types of players since both retired from the international game. Sergio Ramos, a centre-half, is the most prolific goalscorer in the Spain squad at the moment with two goals in his last three Nations League appearances, which is proof enough that they are severely lacking in the most pivotal area of the pitch.

Defensively, though, they are extremely solid. With just one goal conceded in their last six games (including last year's Euro qualifiers against Romania and Malta), you cannot fault the team's efficiency in shutting sides out and, as the saying goes, if you never concede then you'll never lose so that is obviously an invaluable part of the game which they appear to have perfected of late.

It is also probably why the bookies have slashed their price to go the distance in the Nations League, but I just don't share the same confidence in them considering how meek they have been in front of goal.

England are a 5/1 shot in the market and, patriotism aside, I do think Gareth Southgate's squad possess a lot more ruthlessness in attack and are therefore a potentially better shout to win the tournament at higher odds. The character shown in Sunday's 2-1 win over a Belgium side ranked the best in the world at present, having initially fallen behind through an early penalty, is a sign of how far the Three Lions have come in recent years.

While the Nations League is still a minor tournament compared to the Euros and World Cup, it is still a competition England would love to win after coming so close in 2018 and should that type of performance continue, there is every hope that they can achieve success in not only this tournament but also at next summer's European Championships - a competition they are currently favourites to win.

BettingOdds.com brings you our three best booking tips for this week's action in the Premier League.

A look at the next job odds of Ajax manager Erik Ten Hag, who has been linked with Man Utd, Barcelona, and Tottenham.