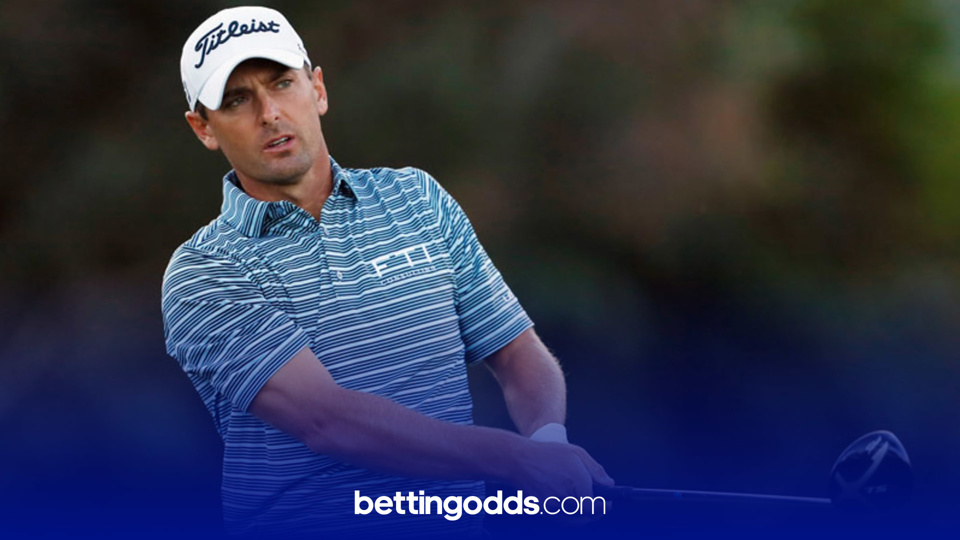 Golf tipster Russell Palmer is back with another three golf tips from the PGA Tour with the RSM Classic teeing off in Georgia on Thursday...

The Masters has come and gone and although I was hugely delighted to see Dustin Johnson win at Augusta and with it his second major championship, I couldn't help feeling under whelmed on Sunday. Perhaps it was the lack of crowds, no roars echoing across the course or the lack of opposition to DJ on the back nine. Either way, it didn't feel very Mastersy, but I guess it never was, was it?

If you followed my tips last week, all hopes faded away midway through the front nine of the final round when 150/1 shot Sebastian Munoz faded away and Hideki Matsuyama trod water, both failing to place. Such was the week, five of my six tips made the cut and four of them would finish in the top twenty. Just none in the top ten where the places were being paid out.

Onwards and upwards though. I had a good look at the 2021 Masters odds on Monday morning but it looked like the bookies had the main protagonists suitably onside. It's a market I'll be keeping a close eye on week to week and see if I can't build up a bit of a portfolio come the spring.

The PGA Tour moves on, but not very far to Sea Island this week. The players will play over two courses, both similar in characteristics and I'll be looking at players who are accurate off the tee, good putters who also back things up with their approach and scrambling play.

We have a large number lining up who also played at Augusta last week, including the market leader Webb Simpson at 10/1, a total of 39 players having to adjust from last week's challenges.

With such a strong line-up this week I think we can go back to the Sebastian Munoz well this week as he retains some value at 40/1 with 888Sport.

I put the Colombian up in last week's Masters long shots preview and he gave us a darn good run for our money, hanging around the top ten until successive double bogeys on the front nine on Sunday finished his chances.

I've had Munoz onside for some months now and he's playing the best golf of his life. He has three top tens in his last eight starts where he only finished out of the top 30 once.

The scoring is likely to be pretty low this week in a tournament where Munoz finished third last year, the Colombian has the third most birdies on the PGA Tour so far this season and I'm happy to play him again.

Second up this week is Charles Howell III who played well at the Masters last week finishing inside the top.

The Georgia native will have had plenty of looks at this week's venue where he won two years ago. That win was his fourth top ten in nine visits and I'm able to forgive his missed cut twelve months ago at a nice looking 70/1 this week with Bet365.

365 are only paying five places this week but I like taking the biggest price where possible. If you prefer to take the extra insurance of a few more places, Betfair, Paddy Power and William Hill all go eight places this week and you can get Howell III at 66/1 (Hills) or 55's.

My last pick is another who played well last week in the Masters, C.T. Pan.

As big as 750/1 for his Augusta debut, the 29-year-old Chinese Taipei player finished in a tie for 7th place to defy his odds.

His best finish of the season, Pan has made all six of his cuts on the PGA Tour 2021 schedule and it was his maiden win at the RBC Heritage, played on a similar style track to Sea Island at Harbour Town which gained his qualification to the Masters.

Pan has a 6th and a 13th place finish in three visits to Sea Island and I'm having a dabble on him to go well again this week, albeit not at the kind of prices we'd have got last week!

ISPS Handa World Invitational 2022 Betting Tips as BettingOdds.com preview the event and offer up Odds for the…

FedEx St. Jude Championship 2022 Betting Tips as BettingOdds.com preview the event and offer up Odds for the Field…

Cazoo Open 2022 Betting Tips as BettingOdds.com preview the event and offer up Odds for the Field of Players who…

Wyndham Championship 2022 Betting Tips as BettingOdds.com preview the event and offer up Odds for the Field of…

Hero Open 2022 Betting Tips as BettingOdds.com preview the event and offer up Odds for the Field of Players who…

Rocket Mortgage Classic 2022 Betting Tips as BettingOdds.com preview the event and offer up Odds for the Field…

Cazoo Classic 2022 Betting Tips as BettingOdds.com preview the event and offer up Odds for the Field of Players…

3M Open 2022 Betting Tips as BettingOdds.com preview the event and offer up Odds for the Field of Players who…

The Open Championship 2022 Tiger Woods Odds and Prediction: What price is the three-time winner?

The Open Championship 2022 Tiger Woods Odds and Prediction as BettingOdds.com look at a range of betting markets…