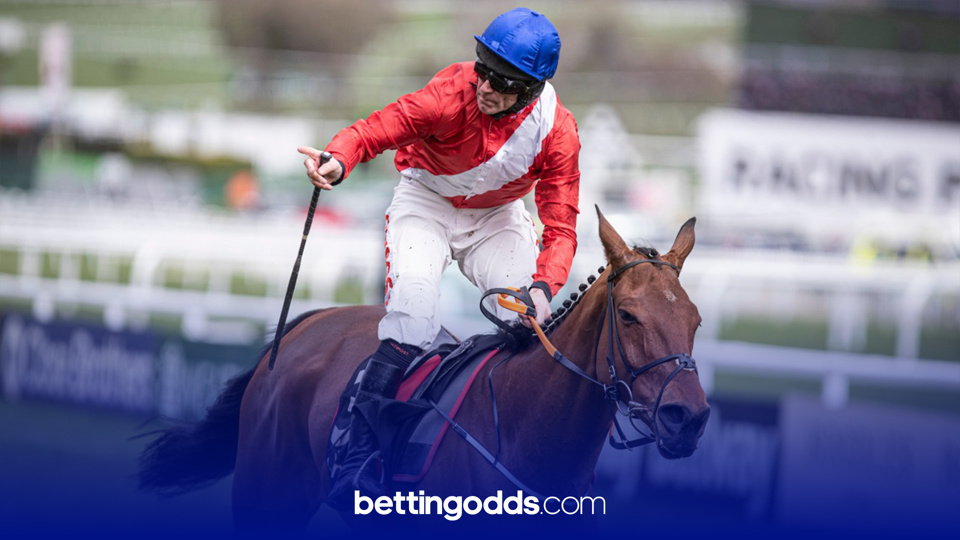 It's been the story of this year's Cheltenham Festival so far. One punter's gargantuan bet which needed just Envoi Allen to win the Marsh Novices' Chase on Day 3 to scoop him £511,225 from a fiver.

After both Shishkin and Bob Olinger romped to victory on Day One and Two respectively, punter Paul Dean was offered £275,000 by Betfair to cash-out his bet and walk away with a huge amount of profit, with Hello Youmzain and Golden Horde previously winning their respective races at Ascot last summer.

What would you do?

Indeed, with almost double that on offer and Envoi Allen - the final horse to run in this stunning ante-post acca, placed back in early 2020 - huge favourite to win the opening race of Day 3, the deal was refused and talks between the customer and bookmaker Betfair continued.

Congratulations in order for Paul, as he walks away with a huge amount of profit regardless.

What would you have done? Let us know by Tweeting us @BettingOddsUk!

One bet365 customer has scooped £112,000 from £2 on an incredible four-fold after Minella Indo's Gold Cup win…

Four Cheltenham Festival tips for day four on Friday including selections for the Gold Cup.

Four Cheltenham Festival Tips Day 3 from @TwoPoundPunt plus a Lucky15 on Thursday.

It was the perfect start for one lucky punter at this year's Cheltenham Festival, as they scooped a mammoth £6,064…

When Lee Westwood bagged himself £48,000 at the Cheltenham Festival