Ranking the January transfer window of every Premier League manager...

Aston Villa come out on top in our rankings for the second consecutive window...
By Pete Marsden
11:14 Tuesday 1st February 2022 - 9 minute read

Well, there we have it, the January transfer window is closed after another dramatic month in the Premier League. We’ve had two managerial sackings in England’s top league over the last 31 days, and six other clubs who come into their first window under new leadership.
The January window can often be a time for panic buying and where signings may not work out as well as hoped, but there have been occasions in the past where it has changed the fortunes of a club. Think Virgil van Dijk joining Liverpool in 2018, or Bruno Fernandes’ move to Man Utd in 2020. Similarly to how we did with the summer transfer market, we’ll take a look back over the whole host of signings that came in January, and rank each Premier League’s side performance out of 10.

Still one of my best Christmas presents I've ever had https://t.co/LNITxPams2

I genuinely feel sorry for Arsenal fans at this point. Gone are the days of your Ozil’s of the world joining on Deadline Day, and if anything, they’ve managed to make their squad worse this transfer window. Fortunately for The Gunners, none of the players (bar Aubameyang) would make their starting XI. A surprise transfer for Calum Chambers saw him move permanently to Aston Villa, whilst Sead Kolasinac left for Marseille on a free. Ainsley Maitland Niles joined Jose Mourinho’s Roma on loan, and Pablo Mari also moved to Italy, joining Udinese. Ultimately, Arsenal fans won’t be distraught that these players have left the club, but the fact no stars were brought in to bolster the side will prove worrying.

If Steven Gerrard’s first transfer window in charge of the club is anything to go by, Villa fans will have some memorable times to come. Bringing in his former team-mate Coutinho on a sensational loan, snapping up Lucas Digne from Everton, and improving the depth with the experienced Robin Olsen and Calum Chambers. Gerrard clearly has the pulling power to attract quality players, and the fact that Emi Martinez and Kortney Hause signed new deals means this was a very good window for The Villains. 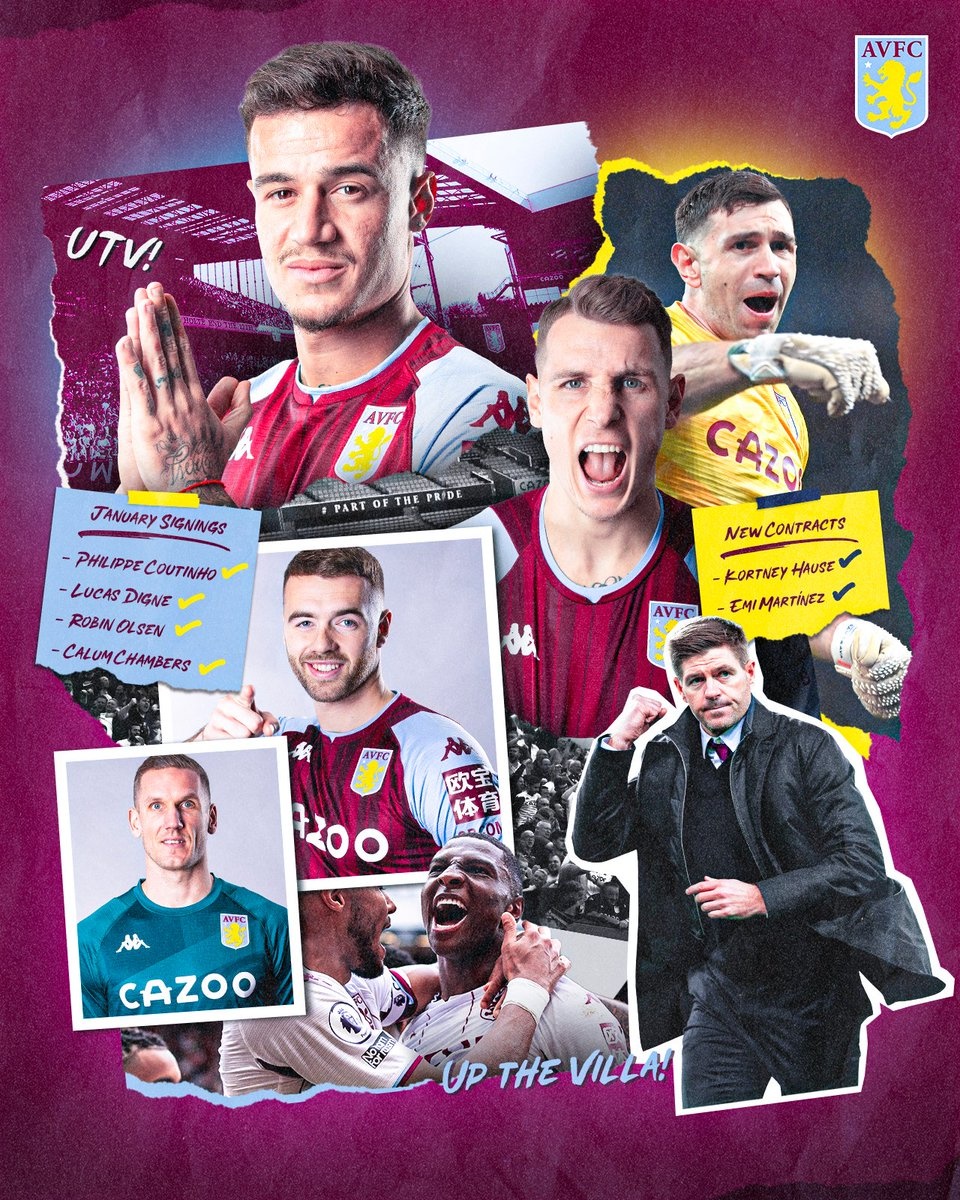 Aston Villa had a window to remember...

One of the highlights of any transfer window of recent times has happened for Thomas Frank’s side. The return of Christian Eriksen to the Premier League on a six-month deal with the option for a further year, given what happened at EURO 2020, is enough to put a smile on even the coldest of faces. Bringing in Jonas Lossl as a backup keeper is smart business, but we cannot put anything past Eriksen.

The signing of the highly rated Polish teen Kacper Kozlowski has Graham Potter buzzing in recent weeks. The Pole was selected for his nation’s EURO 2020 squad last summer, as one of the youngest players at the tournament. The late transfer of the ever-present Dan Burn to Newcastle may cause room for concern, but overall it was a decent window for Potter’s side.

How do Burnley replace a six foot three striker? Sign an even bigger one, of course. The sale of Chris Wood to Newcastle may have been a concern, but the fact they got nearly £30m for him is smart business. Replacing him with Dutch goalscoring machine Wout Weghorst was very impressive from Sean Dyche, but their lack of squad depth will be worrying for the rest of the season.

The weeks leading up to the transfer window could have left many thinking that Thomas Tuchel was going to go all out to get rid of, and then replace, Romelu Lukaku. For now that isn’t the case, and Chelsea’s only business coming in was bringing left-sided player Kenedy back on loan. Overall, very meh.

The summer window for Patrick Vieira was extremely impressive, but this one was bound to be a bit quieter. Palace confirmed the signing of Jean-Philippe Mateta on a permanent deal, and the permanent signing of the highly rated Luke Plange from Derby. Overall, a solid window.

What started out as a potential nightmare, ended up with a good deal of success for Everton. Rafa Benitez’s riff with Lucas Digne saw him leave for Aston Villa, and he then brought in Anwar El Ghazi on loan, with Vitaliy Mykolenko coming in to fill the left-back role, and Rangers’ Nathan Patterson on the right. Since then, Benitez has left the club, and Everton had a deadline day to remember. It started off with the announcement of new manager Frank Lampard, then the loan signing of Donny van de Beek after a torrid time at Man Utd. The drama continued, with Everton somehow pulling off a free transfer for forgotten man Dele Alli. If Lampard can get the team playing well, the Toffees will have some exciting attacking talent on their hands, and can look back positively at this time.

Everton have appointed Frank Lampard as their new manager on a two-and-a-half-year contract. The former Chelsea and Derby boss fended off competition from Portuguese coach Vitor Pereira and caretaker Duncan Ferguson to land the job.…

No new signings for Marcelo Bielsa’s side, although all of their key players starting to return from injury is good enough in itself. Cody Drameh was the only business seen at the Yorkshire club, joining Cardiff on loan.

Similarly to Leeds, no new signings, with Filip Benkovic leaving for Udinese on a free. After a busy summer, Brendan Rodgers will still be looking to get his star players working as a cohesive unit.

The signing of the highly-rated Luis Diaz will have Liverpool fans salivating all over the globe. Slowly but surely, Jurgen Klopp seems to be replacing his aging side, and although they weren’t able to get a deal done for Fabio Carvalho, it looks like that will happen this summer. Neco Williams and Nat Phillps left the club on loan as well, so January was a decent month for Klopp’s men.

How do you improve the best side in the league? This is a question which only Pep Guardiola and the boardroom at Man City know, so it’ll always be a difficult one. Ferran Torres got his desired move to Barcelona, but the fact that he was at times on the edges at the club won’t be too much of a concern for City fans. South American superstar Julian Alvarez was brought in on deadline day, but won’t be featuring for the club until the summer at the earliest. A few more loan deals out, meant this was a rather unremarkable window for Pep, who will surely have his eyes firmly set on Erling Haaland come July.

Ralf Rangnick is imposing his philosophy slowly on the side, and that meant that he was given some free reign to get rid of apparent deadwood at the club. Tuanzebe, Martial, Diallo and van de Beek all left the club on loan, freeing up some wages. Jesse Lingard was denied a last minute move due to the recent Mason Greenwood scandal, but the fact that there were no incomings will be a concern to Utd fans.

Geordie fans will have been forgiven for thinking they would be signing the Mbappe’s of this world with their mega-money. As a City fan I can honestly say that I’ve been there, but I believe they’re taking the right approach. Kieran Trippier’s move from Atletico Madrid to The Toon is an astute piece of business, with deals for Chris Wood, Dan Burn and Matt Targett also, Newcastle in my opinion are building a squad capable of staying in the league. The standout signing has to be Bruno Guimaraes, leaving French side Lyon for the relegation battle in England. Forget the money he’ll be paid, the fact that he’s there will be a boost for the whole club, and should prove to be a quality signing for Eddie Howe. 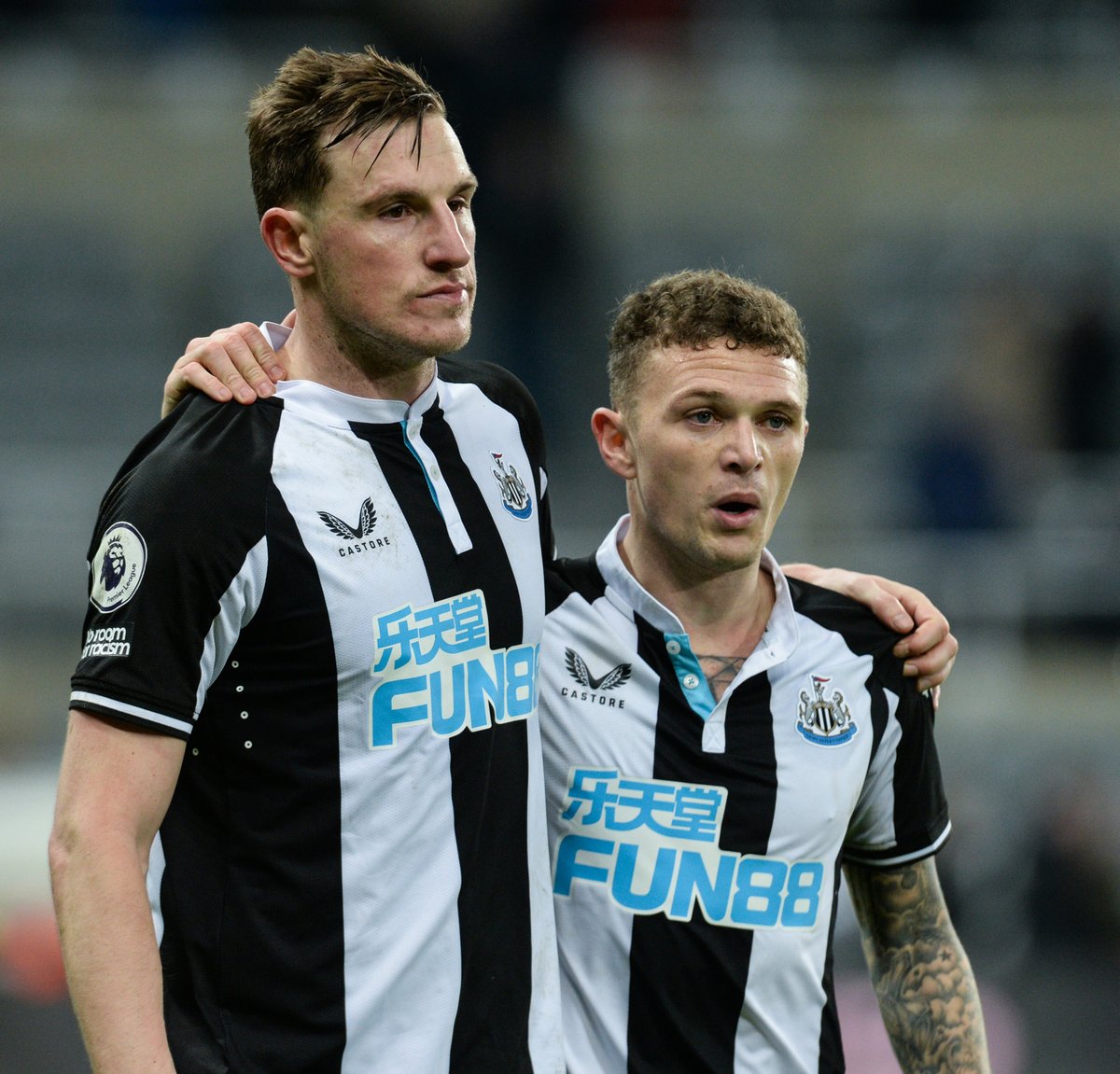 After a hectic summer in charge of Aston Villa last time out, the January window was a lot quieter for Dean Smith, who oversaw a few players leaving Norwich on loan. He’s still getting to grips with his new Norwich side, who have won their last two games on the bounce in their fight for survival.

Another quiet window here, with the Saints bringing in the highly experienced Willy Caballero as a backup keeper. One loan going out of the club means there’s nothing to be excited by for Ralph Hasenhuttl, although rumours of a potential permanent move for Armando Broja could be one to keep an eye on in the summer.

Antonio Conte’s first window at the club proved to be a positive one. Spurs sent out a number of players on loan that were deemed to be unwanted by Conte. Record signing Tanguy Ndombele returned to Lyon, with Lo Celso, Clarke and Gil all leaving for the time being. Dele Alli was given a fresh start at Everton, but the arrivals of Rodrigo Bentancur and Dejan Kulusevski from Juventus will give the Italian optimism for the second half of the season.

It was a busy month for The Hornets, who brought in no less than five players from various European clubs and leagues, as well as an 18-year old from Colombia. They also had a change of manager (to no-ones surprise), with Roy Hodgson replacing the outgoing Claudio Ranieri. Out of all the business they’ve done over the past month, Hodgson could end up proving to be the most important, but whether the players will work out as hoped remains to be seen.

A quiet month for David Moyes, who sold Frederik Alves to Danish side Brondby, and sent Conor Coventry on loan to MK Dons. He may have ended up annoyed that a last-minute move for Jesse Lingard didn’t materialise as it did in 2021, but overall he’ll be happy to have kept his star players. Big money moves for Leeds’ Raphinha and Kalvan Phillips also didn’t work out, but it looks like The Hammers could flex their muscles in the summer, as they look to consolidate their position amongst the league’s best.

Wolves have boosted their Portuguese contingent at the club with the signing of the young Chiquinho. Adama Traore sensationally returned to Barcelona after it looked like he was going to sign for Tottenham. Overall, nothing too extraordinary, and Bruno Lage will be happy.