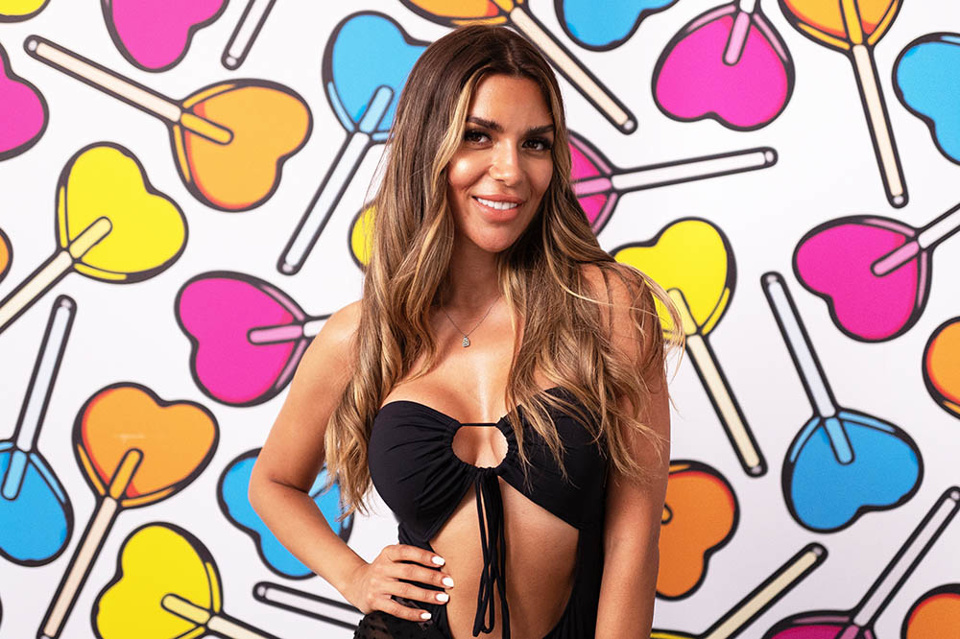 Love Island 2022 may have come to an end but the immensely popular Reality TV show has burst back into the hearts and minds of its frenzied fans following the news that its presenter, Laura Whitmore, has stepped down from her position after three editions in the hot seat. This subsequently opens up a sizzling opportunity for someone else to step up and take the reins on love, starting with the Winter show in early 2023.

So, who will that be? Here at BettingOdds.com we've taken a look at what the odds are saying - courtesy of William Hill - paying particular attention to the top cluster of contenders...

Ekin Su struck gold in the summer, coupling up with Italian dish Davide to scoop the £50,000 prize pot. The ‘liar actress’ was the perfect chaotic bombshell: treading on heels, turning heads, and causing her fair share of unmissable drama. Yet, she’s also extremely affable, compassionate, and funny. Combine all these characteristics together and you have the makings of an ideal Love Island presenter.

The popular 28-year-old would be the stand-out choice of many fans but with a plethora of companies scrambling over her signature for various projects, she may not find time to squeeze this job into what promises to be a jam-packed schedule.

There's no moment quite like being crowned #LoveIsland 2022 winners 🎉 https://t.co/EhWQjUp5K2

From her breakthrough role in The Inbetweeners to finishing 2nd on I’m A Celeb and starring in her own show, Emily Atack is a woman with untold talents. Being a comedian, she’ll naturally bring a dose of humour to the position, she’s used to improvising, and certainly won’t be afraid of taking the mick out of herself or the islanders. Emily also has presenting experience on ITV, having previously co-hosted Celebrity: Extra Camp, while she’s a team captain on Celebrity Juice.

Maya Jama has been touted as a possible Love Island host for some time, rumours which will now hot up a notch following Whitmore’s departure. She has the charisma, energy and profile to sparkle in the role and represents an attractive price at 6s.

Maura Higgins is a Love Island legend who shot to fame in the summer of 2019. The fiery Irish siren has gone on to enjoy a hugely successful career outside of the show, from modelling for Ann Summers to skating on Dancing on Ice. When it comes to presenting, she’s featured on This Morning and hosted Glow Up in her homeland.

Other former Islanders in the betting include Amber Rose Gill and Olivia Attwood at 10/1, Chloe Borrows and Gemma Owen at 16/1, Tasha Ghouri and Dani Dyer at 25/1, while Wes Nelson and Chris Hughes are 33/1 outsiders.​​

My Dad Wrote a Porno’s Alice Levine is a double figure price at 10s, ahead of long-time This Morning presenter Holly Willoughby at 12/1. Love Island narrator Iain Sterling is 14/1 to swap job roles, whereas Towie-star-turned-presenter Mark Wright can be backed at 25/1.

Initially, Rylan Clark Neal looked a cracking price out at 20/1. While he’d be a superb addition to the show, the reason for his big price in the odds is likely to be down to rumours that he is set to host the returning Big Brother.

Finally, Sophie Monk does an excellent job on the Australian edition, but like AJ she's yet to be priced up by bookmakers.

​​Next James Bond Odds as BettingOdds.com take a look at the latest movements in the Betting Markets as Henry…

Strictly Odds 2022: All the odds and tips as the iconic BBC ballroom returns for it's 20th series

Strictly Odds 2022 as BettingOdds.com take an early look at the Betting Markets for Strictly this autumn after…