Next James Bond Odds: Six contenders from the top of the betting 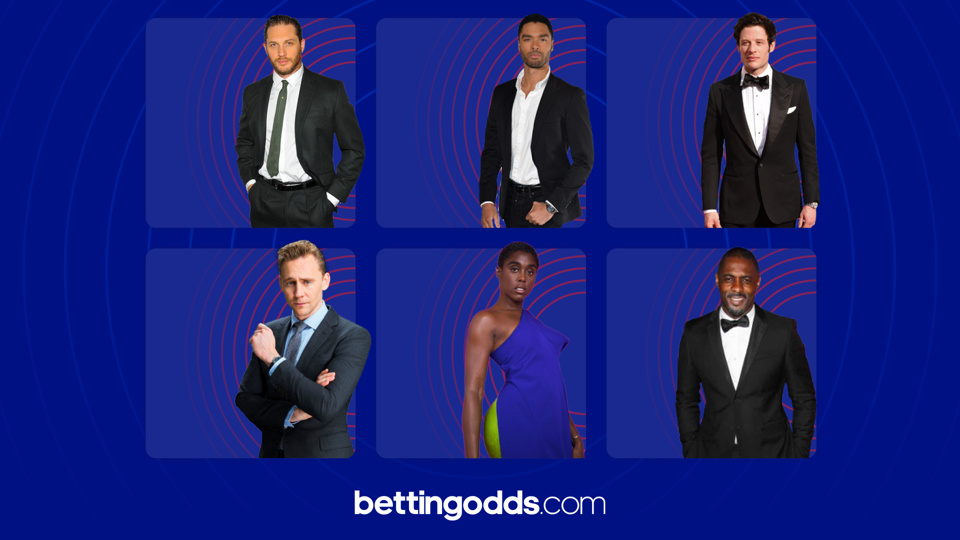 Who are the leading names in the next James Bond odds market?
By Russell Palmer
17:05 Tuesday 28th September 2021 - 6 minute read

Unless you've been living under a rock you'll be aware that this week sees the premiere of the latest James Bond film, No Time To Die, where Daniel Craig will don a tux for the last time as 007.

The eagerly awaited movie, which will be Craig's fifth and last for the franchise is out on general release on Thursday, but has very much got tongues wagging on who will be his successor.

BettingOdds.com has trawled the next James Bond odds markets to pick out the leading contenders for 007, plus a few crazy ideas at big prices. 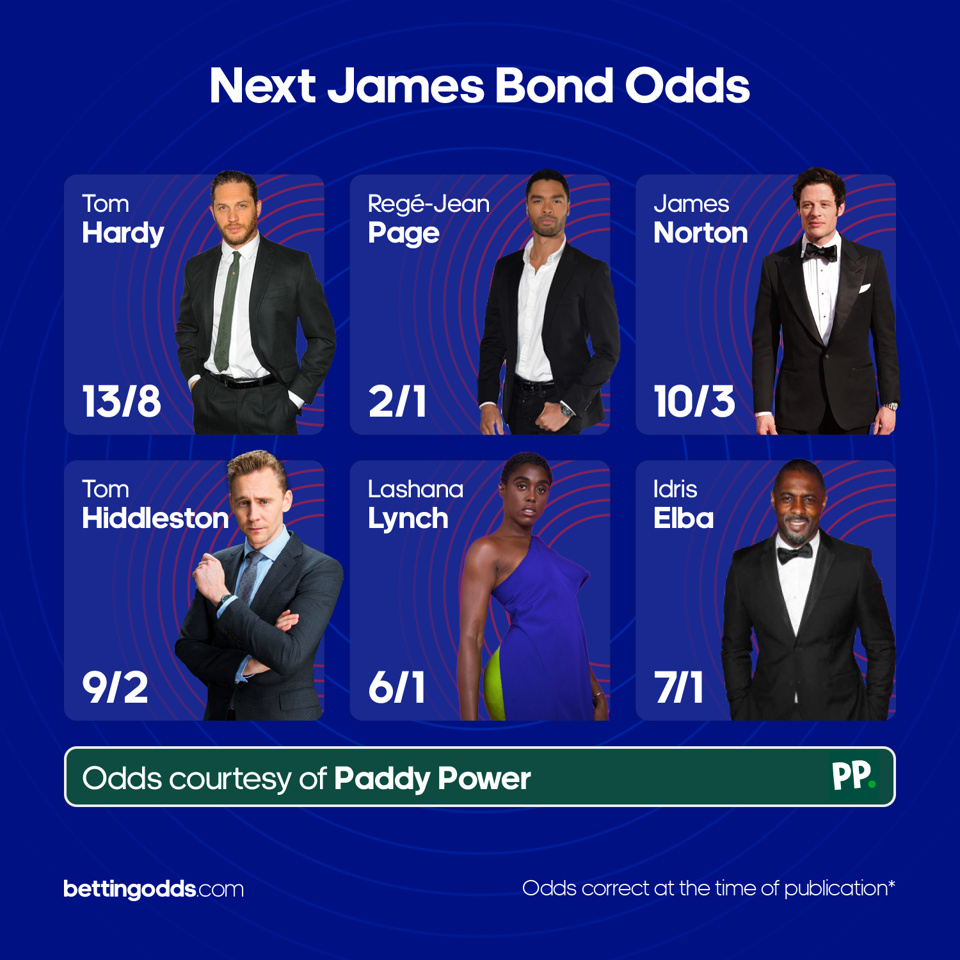 get offer get offer
#AD New customers only. Place your FIRST bet on any Football market and if it loses we will refund your stake in CASH. Max refund for this offer is £20. Only deposits made using cards will qualify for this promotion. T&Cs apply.

Favourite for the job is Tom Hardy who is best price at 5/2 with William Hill to be named the next James Bond.

Hardy is famous for films such as Inception, the Dark Knight Rises and Mad Max and has racked up 59 films in his career thus far.

The Venom star is popular with men and women and whilst a lot of his roles might not exactly lend themselves to the suave, sophisticated MI6 spy, we know that he scrubs up well and is one hell of an actor.

The 44 year old played a spy Ricky Tarr in Tinker Tailor Soldier Spy back in 2011 but it was probaly his role as Eames in Inception where you could see what kind of Bond he could be.

Hardy is very popular with the ladies and you'd expect that to still carry some weight with the producers, he even famously set pulses racing doing a stint on CBeebies 'Bedtime Stories' (kind of a modern day Jackanory)

Whether I'd be putting a bet on him at 5/2 I'm not sure. He's six year's older than Daniel Craig was when he took the role on in 2011 with Casino Royale.

Okay so hands held up, I had to google Rene-Jean Page as I was unfamiliar with his work.

The 31-year-old set tongues wagging starring as Simon Basset in the raunchy Bridgerton on Netflix in 2020 which saw him catapulted near the head of the betting at 2/1 second favourite with Paddy Power.

He's inexperienced and that may stand against him with just Sean Connery and George Lazenby the only two other inexperienced actors propelled into the role.

Of course, Sean Connery would go on to be the most iconic of James Bonds and enjoy a glittering career, whilst Lazenby flopped featuring as Bond just the once having come from modelling.

Roger Moore, Timothy Dalton, Pierce Brosnan and Craig were all pretty established actors in their own right before taking on the role. It might be a leap too far to see Page getting the nod.

Englishman James Norton has been hanging around near the top of the betting for a few years now.

The 36-year-old would appear to be the right age and have the right profile.

Most of Norton's back catalogue has been in television, but that didn't stop the Broccoli's hiring Roger Moore who had made his name in shows such as The Saint and The Persuaders.

Norton burst onto the scene as psycho Tommy Lee Royce in the acclaimed Happy Valley back in 2016 but it was his role as Alex Godman in McMafia which thrust him into the reckoning for next James Bond.

Of the market leaders I think Norton represents the best value at odds of 10/3 with Paddy Power.