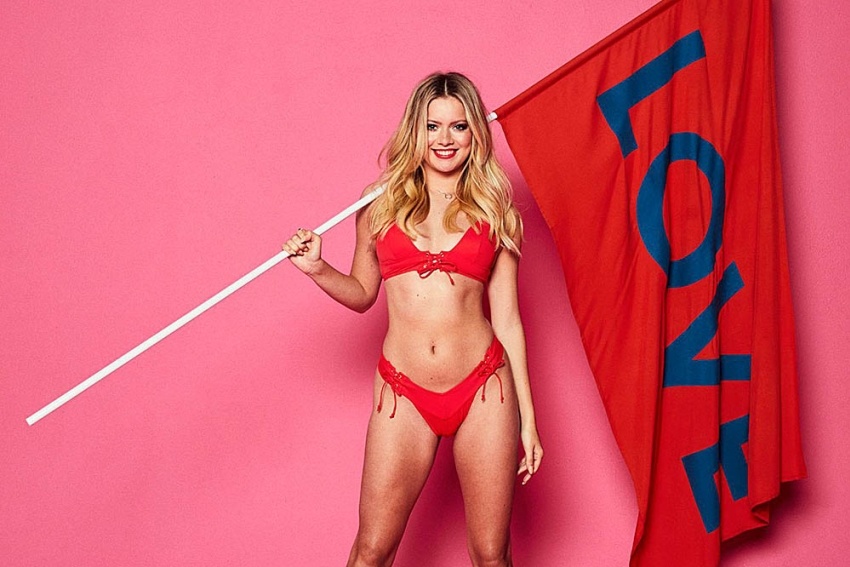 Tasha had some of the bigger moments in episode one and is listed as the top female in the betting
By Jack Porter
11:29 Tuesday 7th June 2022 - 4 minute read

Prepare to breathe those stomachs in and get the dumbbells ordered, get those patented water bottles filled and that veneer operation in Turkey booked, for like it or loathe it, Love Island has returned and there’s a whole lot of pretty people who areabout to barge into your extended, interactive social circle for the next eight weeks.

Let’s get straight into first impressions. The initial ‘Big 10’ contestants introduced by the luscious Laura Whitmore, in their initial pairings were as follows:

Much focus both pre-show and within the curtain-raiser was on 19-year-old Gemma, daughter of former Liverpool, Newcastle United and England striker turned BT Sports pundit Michael Owen. We found out that she is an international dressage dancer with 12 horses (who don’t actually live in her house, she had to elaborate), with that £50,000 grand prize we imagine going towards their up-keep, but importantly on the first night, her famous heritage was not revealed, despite the attempts of the tongue-flopping Liam Llewellyn. But like last year’s much-hyped Shannon Singh, who ultimately lasted one whole day, it wouldn’t be the most unexpected narrative if Gemma’s tenure in the villa didn’t produce the gold - and let’s face it, the embarrassment for her Pony Papa Michael - and the teenager heads back to the stables quite shortly. She’s currently straddling the middle ground at 9/2 with William Hill, but that outspokenness evident in her initial meeting could either grate or be great.

So onto the odds of her other bedroom buddies. There’s giant-man-nippled Ikenna, failing to woo the quite evidently playa-conscious Indiyah, who grilled the man she was planted with by the public so much that he’s on the new Burger King menu. He’s currently the least-favourited of the gentlemen to go the distance, out at around 16/1 with William Hill. Perhaps the odds are rather unfair to the 23-year-old pharmaceutical sales worker from Nottingham, with none of the initial five male contestants really getting to grips with the eighth season Love Island scenario. But there is hope for Luca Bish, who sells fish (yes, really). Apparently of the Jack Fincham pen salesman, Colgate downer ilk, the Bishmonger was the most chatty of the original fellas but was called out on his ‘unfortunate’ surname by Gemma Owen and has yet to spark with his prospective partner pretty Paige Thorne. He’s still the favourite male in the initial market, at 5/2 with PaddyPower.

After the opening pairings, the villa harmony was disrupted by irritatingly-Michelangelo proportionate Davide Sanclimenti, from Rome via Manchester. The Roman-cunian who seemingly has the pick of the pops with his eerily symmetrical face and great-white shark dead eyes, and whom we are steadfastedly refusing to refer to as an Italian Stallion after the phrase was volleyed across about seven minutes over just a five-minute appearance. This prospective Roman Emperor is looking to veni, vidi, vici his way through the Majorcan villa and is allowed the opening gambit of selecting which of the girls he wants to couple up with.

The remaining lads looked more turned by Davide than other of their prospective female partners so far, so on first impressions it does not look like the ‘right couple’ are present. But the top female thus far goes to Tasha Ghouri, the gorgeous model who endeared herself to the group - and judging by opinions on social media, many of Love Island’s three million viewers - by revealing herself to be the show’s first ever deaf contestant. She is 5/2 with Betfred.

Ultimately, these are the tentative steps towards true love (or whatever constitutes it on this programme). The only thing that’s certain, is the Sun.

Love Island Odds 2022: Tasha & Luca move to the top of the Betting Markets after Episode 1
By Jack Porter

Prepare to breathe those stomachs in and get the dumbbells ordered, get those patented water bottles filled and that veneer operation in Turkey booked, for like it or loathe it, Love Island has returned and there’s a whole lot of pretty…

Love Island Betting: All of the latest odds as 11 sexy singletons enter the villa
By Callum Pragnell

It’s that time of year again. Forget the Euros, as of tonight the nation will turn their attention towards Love Island (at least when the football has finished) as 11 sexy singletons enter the villa, each hoping to find true love……