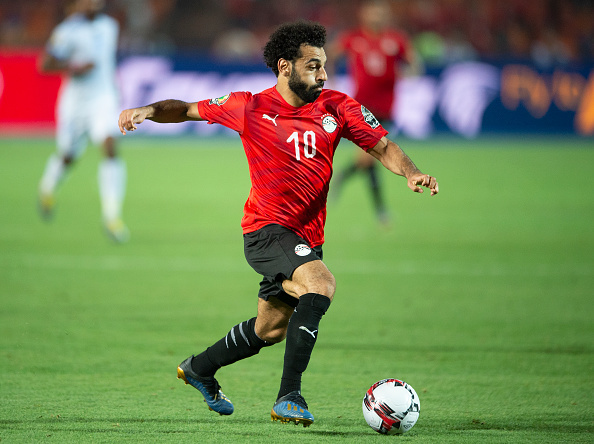 Live on Sky Sports, Ivory Coast go up against Egypt in this massive African Cup of Nations Round of 16 fixture. This much anticipated clash will take place at the Japoma Stadium in Douala this Wednesday at 4pm.

Ivory Coast finished top of Group E with 7 points after wins over defending Champions Algeria & Equatorial Guinea and a draw against Sierra Leone. On the other hand, Egypt have qualified for the last 16 as runners up from Group D with 6 points after 2 narrow wins over Sudan & Guinea-Bissau and a 1-0 loss against Nigeria.

They have not been at their very best in terms of converting the chances they have been creating and will be hoping to be much more efficient in this all important knockout game. The Ivorians are certainly in better goalscoring form having scored double the amount of goals that Egypt have scored so far but Egypt’s defence has only let in 1 goal in 3 games whereas Ivory Coast have conceded 3. A case can certainly be made for either team but in such a high profile knockout game, the team that handles the pressure of the occasion better will surely prevail. Egypt will look towards their main man Mohamed Salah to lead them to glory while Ivory Coast have plenty of stars in their lineup who could steal the show.

A mouth-watering AFCON knockout game between two elite nations awaits us and as usual I have you covered with my 2 best betting angles for this game included in the preview below:

Ivory Coast head into the last 16 with a fully fit squad to call upon.

Akram Tawfik & Ahmed Fatouh both miss out for Egypt due to injuries.

- Over 0 cards for Ivory Coast in the 2nd half

- Over 0 cards for Egypt in the 2nd half

- Under 3 goals in the 1st half for both teams combined

This bet-builder has landed in 5 out of 6 matches so far in the Round of 16 stage. Under 3 goals in the 1st half is a logical selection to include as both teams will be expected to start cautiously given the significance of this game. No game has seen 3 or more goals in the 1st half of the 6 games so far in the round of 16 stages and it is highly likely that will be see another tight first half here. As for the cards, expect both the teams to make cynical fouls in the 2nd half as they approach the final whistle. If either team is leading, we could see time wasting tactics deployed and the team chasing will get frustrated which could also result in bookings. Both teams have seen a 2nd half card in 5 out of 6 games so far in the last 16 and considering the importance of this fixture, we could see an aggressive 2nd half with plenty of hard tackles going in. Combining these 3 selections gives us a solid bet-builder @ 4/5 and I am happy to stake 1pt on it as our main bet for this massive clash in the AFCON.

Mohamed Salah is Egypt’s biggest goal scoring threat and will also be on penalty duty. He has 16 goals for his club in 20 appearances and has already scored a goal for Egypt in this tournament. Sebastian Haller is tearing it apart for his club Ajax where he has 23 goals in 22 appearances. He also has a goal and assist for Ivory Coast in this tournament. Serge Aurier has loves putting in a hard tackle and has already gone in the book once in the AFCON so far while Ayman Ashraf has picked up 5 yellow cards for his club Al Ahly in his last 8 appearances for them. Ayman will also be up against the tricky Ivorian winger Nicolas Pepe and I can see him bringing down Pepe to pick up a yellow card. Combining these 4 selections gives us a massive 120/1 long-shot which I am happy to stake a very small 0.25pt on as a fun bet.