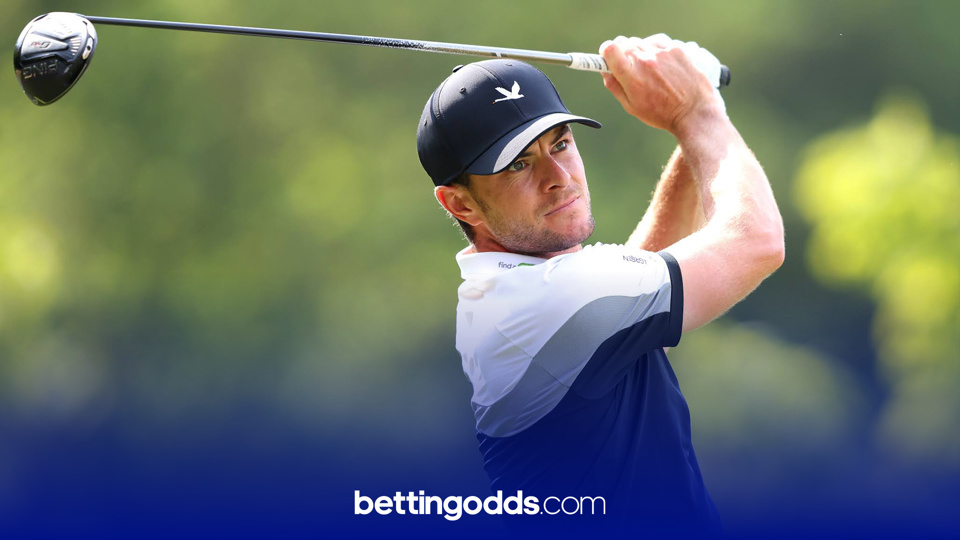 Golf tipster Russell Palmer is back with another three golf tips for the European Tour this week...

After a pretty disastrous Scottish Championship I'm dusting myself with three picks in this week's Italian Open which comes from the pretty bland looking Chervo Golf Club from San Vigilo, Brescia.

Gavin Green didn't line up withdrawing shortly before the start whilst my other two selections didn't make the cut.

This week I'm very much looking at players high up in the driving stats. The course this week doesn't look like it'll pose too many problems and distance off the tee and good with the putter I'm hoping will put my three selections in the with a chance.

First up this week is an exciting South African talent Wilco Nienaber at 28/1 with 888Sport paying six places.

I highlighted the 20-year-old earlier in the summer as one to keep an eye on having played a handful of times on the European Tour at the time on sponsors invites, he hits the ball a prestigious distance and rivals the likes of Bryson DeChambeau and Tony Finau in club head speed.

I've yet to pull the trigger on Wilco but he looks primed this week on a set up which will play into his hands.

Nienaber ranks 3rd for shots gained off the tee on the European Tour this season and as I've already alluded to ranks 1st for driving distance. His putting is by no means his strength but I'm hoping he'll be going in with a lot of wedges and short irons to put himself in with a big shout this week.

Two top tens and just the one missed cut in his last seven tournaments his form suggests he can get one over this field.

Second up is a column favourite in the shape of Laurie Canter who is just primed for a debut win on the European Tour.

I've tipped the Englishman a handful of times since the restart and he's obliged with placed finishes at big prices.

The 30-year-old missed the cut last time out but prior to that he recorded three top tens in six starts and he's had three weeks off to regroup and recharge for these last few tournaments of the season.

Like Nienaber, Canter has good driving stats, ranking 2nd for shots gained off the tee and he's no slouch either with the big dog ranking 15th for driving distance.

My last pick this week is a big price as I fancy Scott Vincent to go well at 110/1.

The Zimbabwean might not be a household name but he's been playing well with two top 10 finishes in his last seven tournaments.

Like my other two selections, it's the driving stats I'm looking at and specifically driving distance. Vincent ranks in the top 30 for both shots gained off the tee and driving distance and I'm hoping his putting sets him apart from a lot of his competition this week, ranking 5th for shots gained with the flat stick.