An exceptional man-manager, tactical innovator, forward-thinking, straight-shooting, gaffer who exudes passion, maximises strengths, switches styles and creates winning cultures. A man of the people with an honour-drenched CV who has worked and continues to work wonders, which in turn has transformed him into the most coveted English manager in the game today.

Yes, we are talking about Chris Wilder, who has been crowned The Sack Race’s: Manager of the Decade, for the period 2010 to 2019.

From a purely management point of view, his story is stunning. Wilder began the decade as a non-league manager with Oxford, in fact he ended 2009 by facing Salisbury in the then titled Blue Square Premier. He then embarked upon a meteoric managerial rise up the league ladder, orchestrating four promotions - including two league titles - at three different clubs across a 10-year period. He ended 2019 with a clash against Pep Guardiola’s defending Premier League champions Man City, and heads into 2020 with his Sheffield United in touching distance of the top-four.

"I have always given 100% for every club I've been involved in," Wilder told BBC Sport in 2017 - never has a truer sentence been said.

The decade wasn’t even six months old when Wilder led Oxford United back into the Football League via the National League play-offs. This was followed by three consecutive top-half finishes in League Two, where he flirted with the play-offs, before he surprisingly switched to Northampton mid-way through the 2013/14 season.

It’s worth remembering that at the time Oxford were 5th in League Two, 23 points ahead of Wilder’s new employers who were rock-bottom of the Football League. Come the end of the season Wilder had saved Northampton from the dreaded drop, and then proceeded to inspire a top-half finish in his first full season (12th).

Wilder miraculously won the League Two title in his second full season in charge of Northampton, with former club Oxford a distant 13 points adrift in 2nd. It was a colossal achievement made more miraculous considering that the club were plagued by a raft of distracting off-field issues - the most notable of which was a winding-up order over an unpaid tax bill which meant that the club had come within 24 hours of going out of business. Wilder himself went unpaid for three months.

Wilder’s success caught the attention of League One ‘sleeping giants’ Sheffield United who had been trapped in the division for five years, during which they’d blitzed their way through four managers. So, in came the boyhood Blade Wilder - boasting a tattoo of the club’s crest - who in the space of three seasons cannonballed the club from the clutches of League One up to the Premier League.

Wilder has moulded together a collective team in his own vision, and it’s a testament to his coaching skills that the likes of Chris Basham, John Fleck and Jack O’Connell have successfully made the transition from the third-tier to the top-tier.

The club may not have buckets of cash to splash but they have a shrewd recruiter in Wilder, who purchased John Lundstram for just £700,000, George Baldock for £666k, Oliver Norwood (£1.98m), while Dean Henderson has thrived on loan from Man Utd. Exceptional business.

Wilder, in conjunction with his assistant Alan Knill, has also won widespread plaudits for his tactical nous, which includes the innovative implementation of overlapping centre-backs, which has perplexed many a team during Sheff Utd's rise up the tanks. 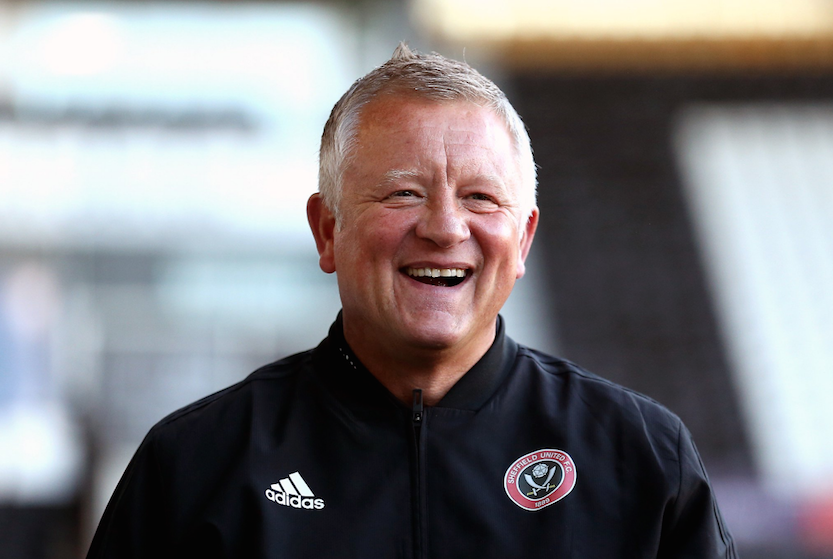 As you can imagine, Wilder has built up quite the highlights reel in his three-and-a-half-years at Sheffield United.

Obviously there’s the title triumph up the Championship and promotion into the Premier League. Then there's the emphatic 4-2 derby win at Sheffield Wednesday - the day after his 50th birthday - outwitting Marcelo Bielsa, beating Arsenal to nil, winning at Goodison Park, drawing at Tottenham in what proved to be Mauricio Pochettino’s final game, that 3-3 thriller against Man Utd, and of course being 5th in the Premier League at Christmas.

It’s been a simply staggering 10 years for Wilder, and it’s exciting to see what he has in store for us all over the course of the next decade. Next step? The Premier League title…

1x LMA League One Manager of the Year