Christmas Number One Odds 2022: LadBaby the red-hot favourite for five in a row 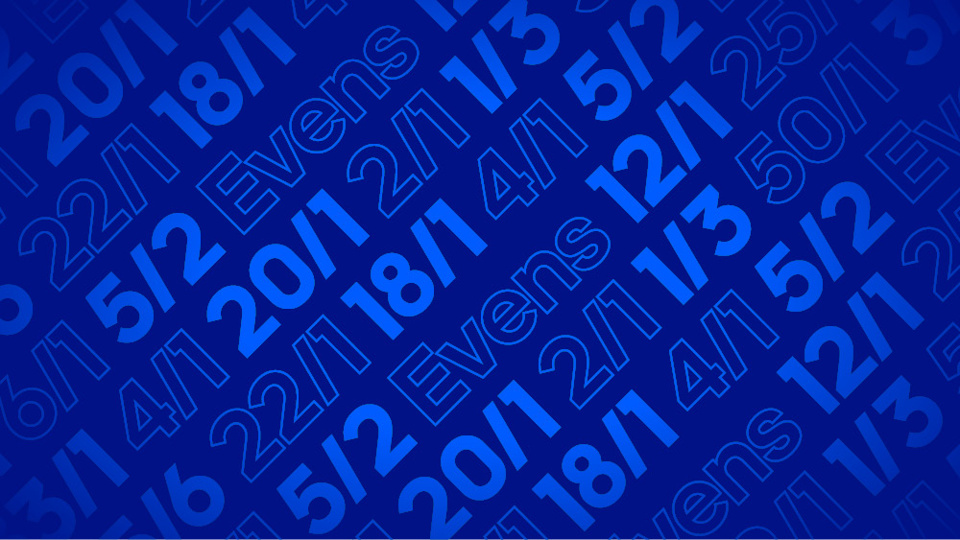 It’s Chriiiiiiiistmassssss! Well not yet, but we’re not far off. In the midst of the World Cup madness, the holidays have crept up on most of us. Christmas being Christmas, we’re all treated to some festive bangers and I’m not talking about the pigs in blankets. The race for Christmas Number One has already started and the bookmakers have already priced up the market...

It’s no surprise that LadBaby are the massive odds on favourites again. YouTubers Mark and Roxanne Hoyle have managed to secure themselves the last four Christmas UK number ones and they’ll be looking to make it five with their next song.

Last year they had the assistance of Ed Sheeran and Elton John to help them get to Christmas number one, this year they have requested the help of Martin Lewis, The Money Saving Expert in their bid for a fifth consecutive Xmas chart-topper.

The song has just been released which is a reworking the iconic song from Band Aid, Do They Know It’s Christmas. Pre-orders for the song are now live and LadBaby have promised to donate 100% of the profits to a food bank charity which is lovely to see. The original version of Do They Know It’s Christmas featured Bono, George Michael, Duran Duran, Phil Collins, and Bananarama and raised £8m for famine relief in Ethiopia, LadBaby will be hoping to have a similar impact with this release.

Next up, we’re following a similar trend of Youtubers where we have the Sidemen coming in with two songs for their Christmas number one bid. The famous YouTube group consists of Ksi, Simon, Harry, Tobi, Ethan, Vik, and Josh. The group split into two teams and gave themselves a different budget. One team got £100,000 to produce a video and one got £100.

Whether you like his music or not KSI is successful in the music industry and he features in their main release. Christmas Drillings has brought in the big guns and features grime artist JME. Whilst it might be a more niche audience than LadBaby, the song has gone down well and in the nine days since release, it has 7m plays on Youtube and over 5m streams on Spotify.

They’re a very influential group, mainly to the younger generation which unfortunately might be their downfall in this attempt at getting a Christmas number one. They come in as the second favourites with the majority of bookmakers with bet365 offering odds of 5/1.

If they use their social media presence to try and nab a few extra sales, they could end up smashing it, but it’s hard to back against LadBaby.

Fairytale of New York has always been one of the greatest Christmas songs, but has never made it to Christmas number one. Released back in 1987 the Irish Folk song has been a classic since it first released.

Lead singer Shane MacGowan has unfortunately spent a lot of time in the hospital recently due to a life-threatening brain inflammation but his wife is hopeful he will be home for Christmas.

A song like this has probably earned a Christmas number-one spot somewhere, and what a present that would be for The Pogues if they managed to secure it this year.

Elsewhere in the betting, we’ve got some interesting songs. The Kunts are hoping to make an impact on the charts with their song F*** the Tories...I can’t image that will go very far.

Baddiel Skinner & The Lightning Seeds were getting smashed in with Three Lions, but England’s World Cup run came to an end against France which most likely means the end of that one as well.

Lewis Capaldi is mentioned in the betting at around 20/1 with a song that is co-written with Ed Sheeran called Pointless. It only has 700k views on Youtube though, although the Spotify streams are a bit more impressive at 10,380,000+

Jason Manford has released a charity song for Trussel Trust, he has been priced up at around 25/1.

Mariah Carey and Taylor swift also find themselves at around 25/1 but with no real hype around their songs.

Money back As A Bonus Up To £40 If Your First Bet Loses + £10 Casino
#AD 18+ begambleaware.org. New customers only. Min deposit £10. Money back as bonus if first sports bet loses. Wagering requirements: sportsbook 3x at min. odds of 1.40 (2/5), casino 50x. Unless forfeited the sportsbook bonus must be wagered before using the casino bonus. Bonus expires 7 days after opt-in. Visit Unibet.co.uk for full T&C's.
Bet £10 & Get £50 in Free Bets
#AD Bet £10 & Get £50 in Free Bets for new customers at bet365. Min deposit requirement. Free Bets are paid as Bet Credits and are available for use upon settlement of bets to value of qualifying deposit. Min odds, bet and payment method exclusions apply. Returns exclude Bet Credits stake. Time limits and T&Cs apply.
World Cup Tips

SPOTY 2023 Odds: Six sports stars to watch out for this year

Dancing On Ice 2023 Odds: Celebs Ekin-Su, Joey Essex and John Fashanu get their skates on

Sports Personality of the Year Odds: Examining the six contenders for SPOTY 2022

Will It Snow On Christmas Day 2022 Odds: Assessing the chances of a White Christmas in the UK and Ireland

I'm a Celebrity Odds 2022: Jill Scott favourite to be crowned Queen of the jungle

Strictly Odds 2022: All the odds and tips as the iconic BBC ballroom returns for it's 20th series