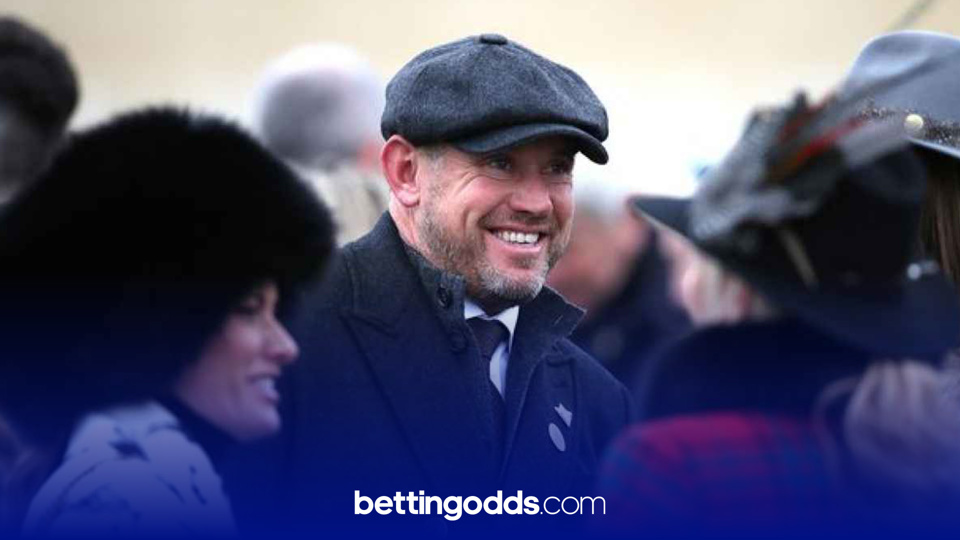 Lee Westwood has managed to pick six winners on the second day of the Cheltenham Festival in 2019
By Anthony Eadson
11:49 Tuesday 16th March 2021 - 3 minute read

Lee Westwood finished second in the Players Championship at the weekend but his love for sport does not end at golf. The former world number one also has a passion for horse racing and has been known to have a flutter on the GG’s from time to time.

It’s the Cheltenham Festival this week, a time of the year where most of us realise we are terrible at picking winning horses. However, that’s certainly not the case for a certain Lee Westwood who has made a name for himself for being one of the shrewdest judges around.

It was at Day 2 of the Festival back in 2019 that Westy landed an absolute peach of a bet, netting himself just over £48,000. The 47 year-old from Worksop placed a Super Heinz with a total combined stake of £240.

A Super Heinz bet combines the seven selections into 120 individual bets. It consists of 21 doubles, 35 trebles, 35 four-folds, 21 five-folds, 7 six-folds and a seven-fold accumulator.

This meant that Westwood could have landed profit on his bet even if just two of his horses had won that day. Things got off to a flyer when City Island romped home in the Ballymore Novices Hurdle in the first race of the day at 8/1. 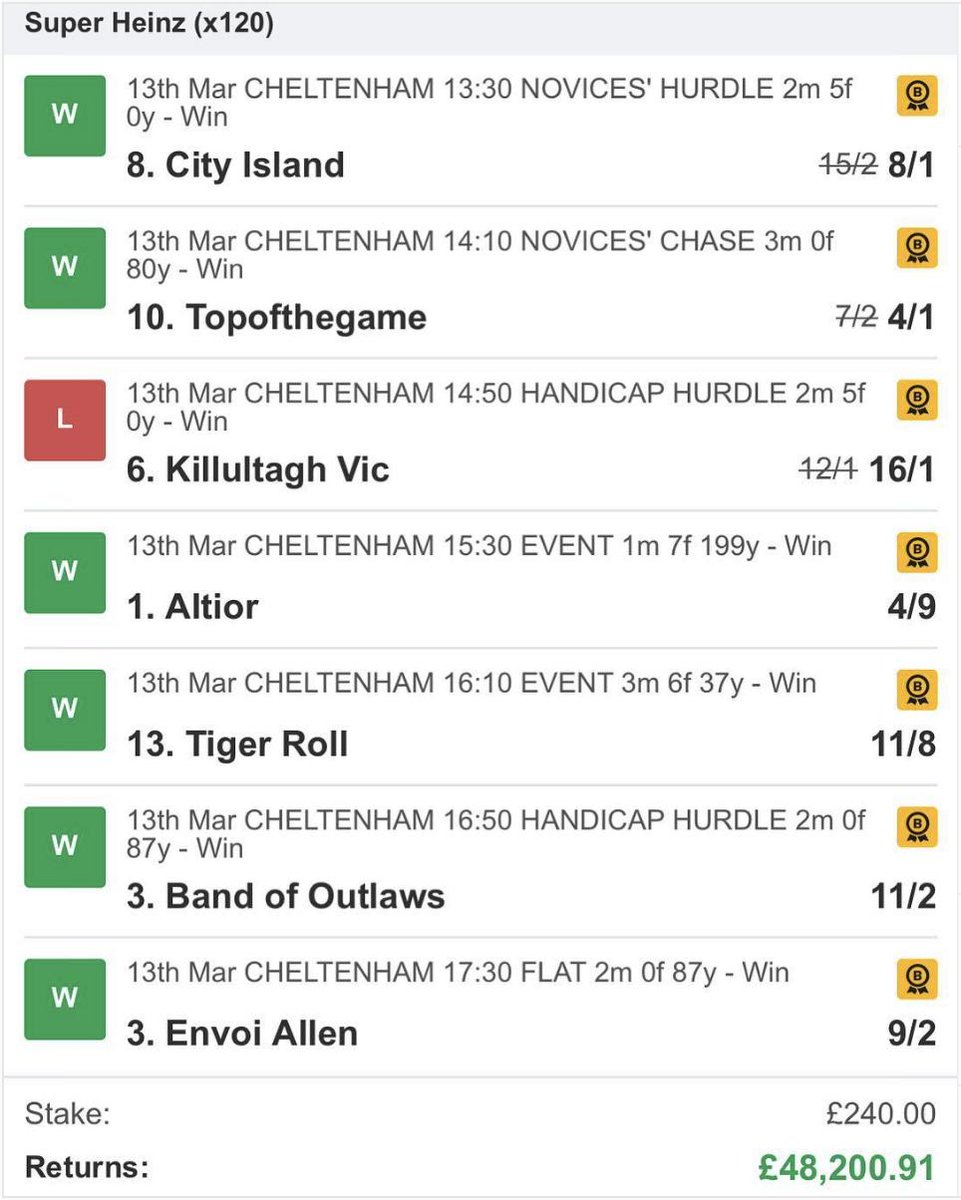 Next up came Topofthegame who was set off third favourite for the RSA Chase behind Delta Work and Santini. A great leap at the last provided enough for jockey Harry Cobden to fend off Santini by half a length.

With two legs in already, things were looking up and despite Killultagh Vic failing to perform in the Coral Cup, Altior romped home in the Champion Chase before Tiger Roll claimed the Cross Country by 22 lengths.

Band of Outlaws landed the penultimate race of the day in the Boodles Juvenile Handicap, which left just Envoi Allen, who was priced at 9/2 to win the Bumper. Well supported in the market and sent off at just 2/1, Envoi Allen obliged, and gave WestWood one of sweetest winners he will ever land.

This win also came off the back of when Westwood landed a £22,000 winner off just £128 on the first day of the 2018 Cheltenham Festival when he managed to pick every winner that day.

Owning horses is also a passion of his and the professional golfer has held a stake in Augusta Kate, a horse who he part owned along with Alan Shearer and Ant & Dec. The horse was named after a visit to Augusta one year although the group did not reveal where the ‘Kate’ part of the name came from.

Westwood has even been lucky enough to call himself a winning owner at the Cheltenham Festival. Yorkhill was twice victorious at Prestbury Park, claiming the Neptune back in 2016 and the JLT in 2017. Westwood clearly knows his onions when it comes to racing and although he does not have any horses entered this year, he does have his 11-year-old Bellshill, with an entry in the Grand National entry next month

Who follows in Yorkhill's hoofprints?
Read our JLT Novices' Chase stats package and watch all of the races here
➡️ https://t.co/lP4QrX7nLJ
#TheFestival https://t.co/b1pTFIeWil

One bet365 customer has scooped £112,000 from £2 on an incredible four-fold after Minella Indo's Gold Cup win…

Four Cheltenham Festival tips for day four on Friday including selections for the Gold Cup.

It's been the story of this year's Cheltenham Festival so far. One punter's gargantuan bet which needed just Envoi…

Four Cheltenham Festival Tips Day 3 from @TwoPoundPunt plus a Lucky15 on Thursday.

It was the perfect start for one lucky punter at this year's Cheltenham Festival, as they scooped a mammoth £6,064…