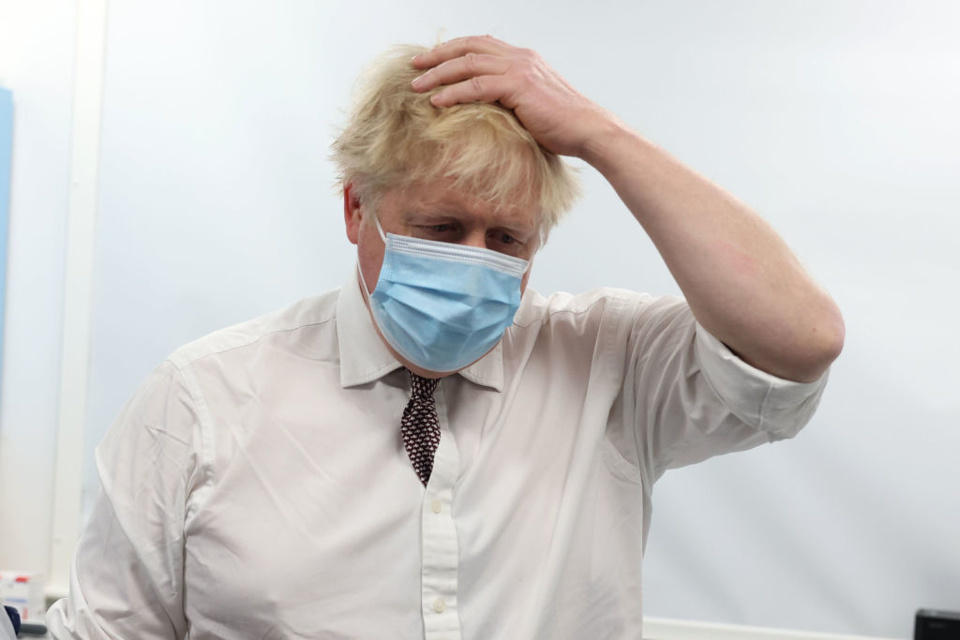 Following on from our recent Boris Johnson article there have been even more revelations and scandal from within 10 Downing Street. #Partygate has taken on a life of its own and current estimates suggest as many as a dozen gatherings have been held within the confines of the Conservative Party offices/ Downing Street whilst the rest of the country was locked down with severe restrictions in place. People are rightly furious, including dozens within the Conservative Party and there are widespread rumours of a vote of no confidence and a leadership challenge being triggered imminently. We have sent our man @OddsTerrier back into the murky world of all things Politics to see how the current odds look on an early exit for Johnson and who could possibly replace him.

Boris Johnson has had an appalling few years. While there are a large number of people thankful for him for 'getting brexit done' and the UK vaccine rollout, there are far more who hold him personally responsible for the huge number of Covid related deaths in the UK (153k by the latest 28-day defined count) and he has overseen a litany of political scandals over the last 24 months, many of which have been of his own making.

First we had VIP-lane PPE contracts being found unlawful, the Dominic Cummings 'Barnard Castle' affair, the paid holidays and paid wallpaper, the resignation of Matt Hancock for his sexual groping in his office (still can't unsee!), the resignation of Owen Paterson for his illegal lobbying, the resignation of Allegra Stratton for laughing at the Tory Xmas cheese and wine party and now this month, the revelation that 100 staff members were invited to a BYOB party in the garden of 10 Downing Street.

Firstly Johnson denied it had happened, then he denied he was there, then he apologised but said he thought it was a work event and finally said no one had told him it was against the self same regulations he had announced himself only weeks prior. Laughable. Perhaps the publicly crowd-funded satirists Led By Donkeys can explain it better than I can...

🚨“If you've got one shred of compassion for all those families who sacrificed so much, who lost so much, you'll go”🚨 https://t.co/AOl2D4f0Bc

How will he go?

The next UK General Election is scheduled to take place on Thursday 2nd May 2024, in line with the Fixed-Term Parliaments Act. Therefore the only way that Boris Johnson will leave his post is either to resign, which if he was going to do, he would have already done - or to be forced out by his own party. This appears to be increasingly likely and there are strong rumours of a red-wall, 2019 elected Tory MP plot to oust him; titled The Pork-Pie plot, due to the fact the MP for Melton Mowbray is heavily involved.

So exactly how will they manage this? 54 (15% of current tory mp's) letters are required to be submitted to Graham Brady, who is the chairman of the backbench 1922 Committee to trigger a vote of no confidence and a leadership election. That wouldn't necessarily be the end of Johnson as Theresa May showed back in 2018, when winning her confidence vote; of course she resigned just a few months later due to the Brexit deadlock.

One would expect Boris Johnson to face a much tougher battle than May though, especially should the forthcoming Sue Gray investigation find him culpable.

When will he go?

Johnson is now a massive odds-on favourite to leave his position in 2022. He is as short as even money to leave before March, this year. The outsider option (7/1) would be for him to hang on , yet depart before the next General Election in 2023. Johnson to grind it out and remain until the next scheduled GE in 2024 is available at 5/1. Both of those now look hugely unlikely.