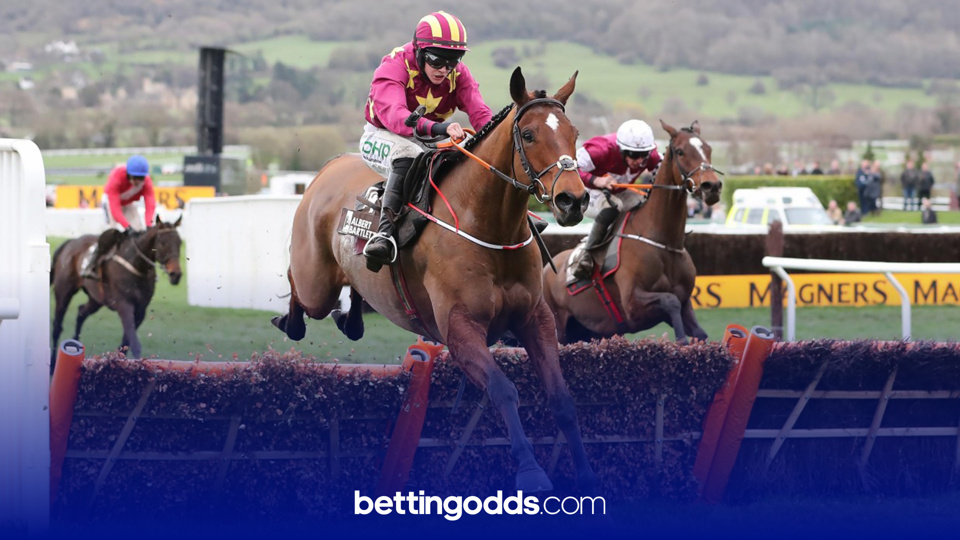 There have been some utterly astonishing bet wins at this week's Cheltenham Festival, but this might just top them all.

The plucky punter would have been a trembling wreck heading into today's racing, with Quilixios needed in the Triumph Hurdle at 13:30.

Backed at a huge 20/1 in this bet, it set off at around the 2/1 mark but didn't disappoint as Rachael Blackmore's sensational week continued, beating favourite Zanahiyr to scoop the first race of the day - her sixth of the Festival.

Galvin and Sir Gerhard had already done the business; both horses setting off among the short-priced favourites but backed at huge prices - 20/1 and 16/1 respectively - in this ante-post wager, presumably placed during the early part of 2020.

Offered a cash out of just under £9,000 prior to the Gold Cup commencing, the shrewd bettor decided to hold on and is now reaping the rewards, sat on a cool £112,854 - all but £2 of which is pure profit! 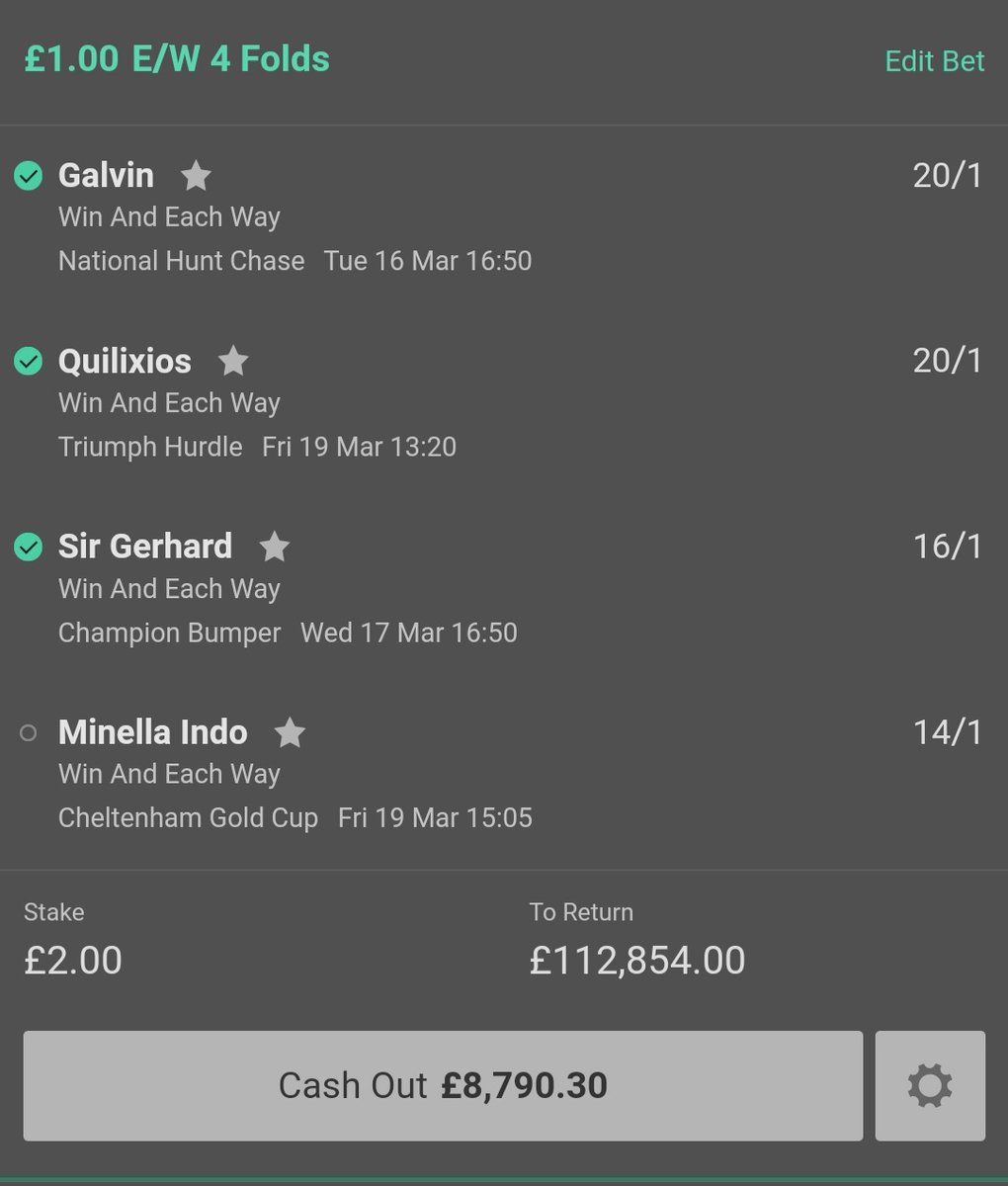