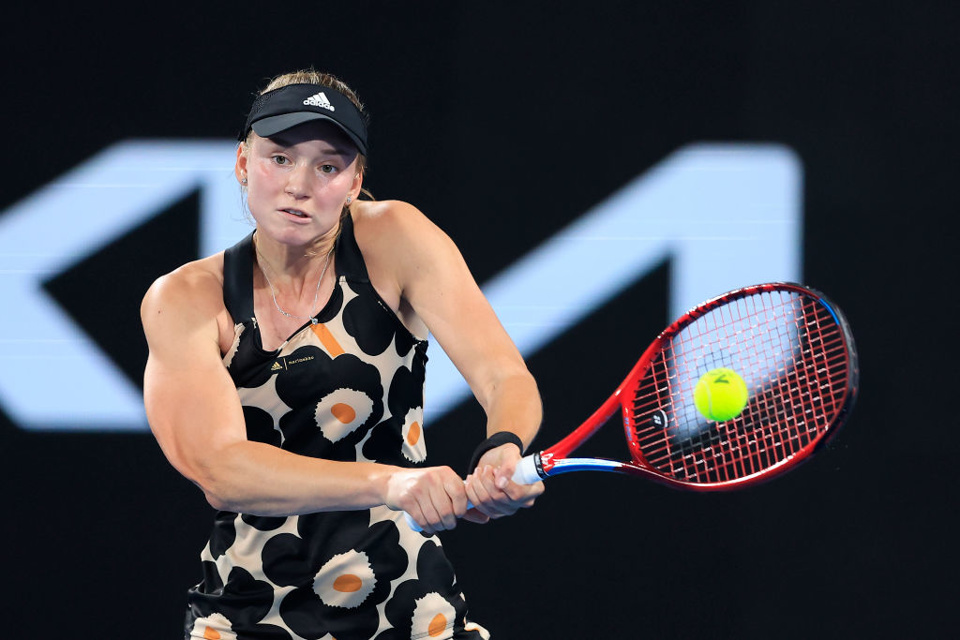 Elena Rybakina is one of two selections for the Australian Open Womens
By Steven McQuillan
15:00 Friday 14th January 2022 - 4 minute read

The first grand slam of the year is underway in the Australian Open and this year looks all the more competitive. Now the women's tournament might not have the same drama as the men’s but that doesn’t mean it’s going to be any less exciting.

In the last few years, you could probably only argue Ashley Barty and Naomi Osaka have really been the consistent challengers for grand slams in the women’s circuit and apart from them, it really has been anyone’s game. The best example was last year’s 500/1 US Open heroics from Britain’s own Emma Raducanu who managed to win her first major without even dropping a set. It’s a shame to see her have a recent wobble but, after all, she is only young and definitely has a few more grand slams left in her. Instead, I’d like to focus on the player that put on a clinic against her just days ago.

Elena Rybakina is quickly rising up the WTA rankings and is going to be a massive threat to anyone at this year’s major Down Under. She recently made it all the way to the final in the Adelaide international, falling short to Ash Barty in the final. It’s a shame she had to withdraw from the Sydney International after beating Raducanu 6-0, 6-1, but she’s chosen to in order to stay in shape for the Australian Open. Although Emma may not have been at her best that day, it shouldn’t take away from how good that victory was. The Kazakh played absolutely out of her mind that day and in my opinion, it was more Rybakina doing the right things. Her serve was near perfect, and the power behind her forehand was just incredible, some of the points only lasted a matter of seconds on Raducanu’s serve because of how hot the forehand of Rybakina was.

She’s currently priced at around 25/1 for Australian Open glory, which I’d definitely be taking. If she can maintain the level she has shown at Sydney and Adelaide, the price the bookmakers are offering looks like a steal. She has faced inconsistencies in her game in the past but, after all, she is still young. She has definitely improved her consistency as of late reaching a semi-final and a final in two of her last four tournaments and along with that, her skill is only improving. Her only loss recently is Ash Barty who is the current favourite for this tournament. In my opinion, it’s going to be between these two. It’ll be interesting if they face each other again.

My second pick for the AO would be Paula Badosa. After some impressive displays recently, the Spaniard has found herself as the ranked 9th best player on the WTA tour and it’s most definitely deserved. Unfortunately, she’s never really had a great time at major tournaments, but she really is turning into a great player of late. The 24-year-old recently made it to the semi-final of the tour finals and just before that she managed to claim the title at Indian Wells beating Azarenka in the final, 7-6, 2-6, 7-6. At the time of writing, she’s also just made it into the final of the Sydney International and a win there might actually see her odds shorten to win the first grand slam of the year. She’s currently priced at 18/1 for glory Down Under, which is definitely a great shout considering her recent form. Her opening round is against Australia’s own Ajla Tomljanovic who she has just beat convincingly in Sydney. Badosa really put herself on the map when she beat Ashley Barty in the Charleston Open. Barty was on fire at this time and beating her was an incredible achievement. Recently she’s been showing that kind of level that saw her beat the best in the world and if she maintains that level throughout this grand slam, she’s going to be in with a great shout.