Wimbledon is back next week. Get in.

Ash Barty won’t be in town defending the resplendent Venus Rosewater Dish because she’s now retired, four-time Grand Slam victor Naomi Osaka is injured, while Wimbledon’s decision to ban all Russian and Belarusian players means the likes of last year’s semi-finalist Aryna Sabalenka, as well as Victoria Azarenka, Anastasia Pavlyuchenkova, and Daria Kasatkina all won’t be competing at the All England Club in 2022.

But have no fear, the women's side of the draw has its fair share of storylines and sub plots as we count down the days until Monday.

We're talking the dazzlingly dominant Iga Swiatek and her electric winning streak, the return of the GOAT Serena Williams, and whether homestar Emma Raducanu can rekindle her sparkle after a difficult 2022.

Click on the link to read our Wimbledon Men’s Preview.

Like on the men’s side where defending champion Novak Djokovic tops the betting, there’s also a firm favourite in the women’s outright market: Iga Swiatek.

The World No.1 is on fire right now, winning 35 games on the spin en route to a sensational six successive tournament triumphs. Conquer her first round opponent at Wimbledon and she’ll set a new 36-match streak, which will be a 21st century WTA record.

The 21-year-old has reached at least the QFs in three of her last five Slams and finished top of the pile at Roland Garros (again), meaning she’s now seeking the French Open-Wimbledon double, something which hasn’t been achieved within the same year since 2015.

If you find her price of 7/4 a tad slim you could always double up and add fellow Pole - and contender for the men’s gong - Hubert Hurkacz into the mix to form a 45/1 double with Betfred.

If there are any question marks surrounding Swiatek it’s the fact that she’s never ventured past the fourth round at Wimbledon - although, in fairness, she’s only played there twice and did win the Junior event in 2018 - and has not had any grass court preparation after winning the French Open. Her senior record on the surface is also average: four wins and four defeats. 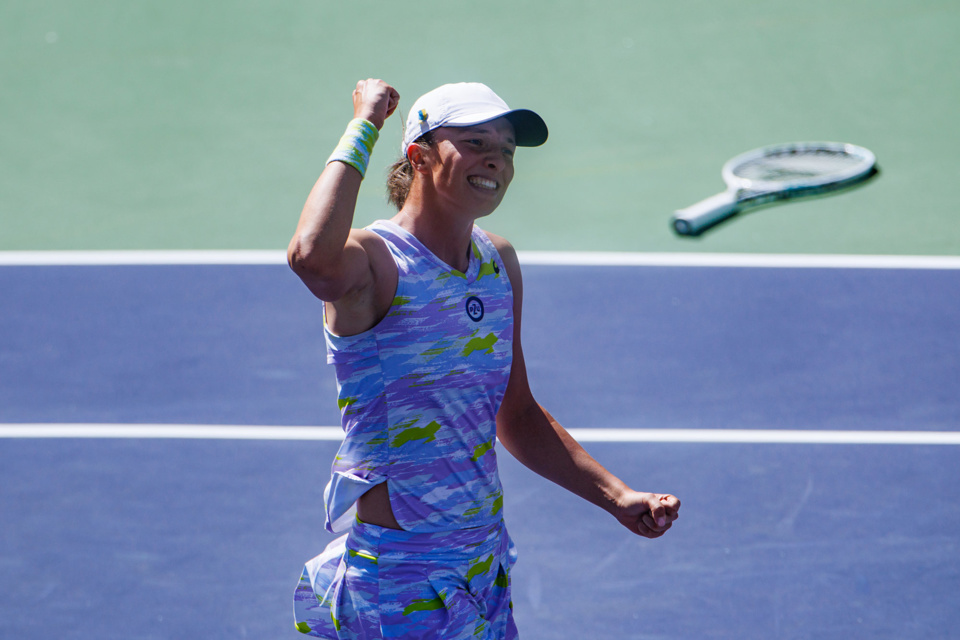 Who else is in the mix?

If Iga Swiatek - the hot favourite and only single-digit priced player - is dumped out early doors then the women’s draw suddenly becomes extremely intriguing.

In truth, there’s nobody that immediately stands out, but that's not to say someone won't burst into the mix.

Ons Jabeur isn’t the most appealing price at 10/1 considering she’s never been past a Slam QF and suffered a first round exit at the French, although she has since responded in style by tasting success on grass in Berlin.

Similarly to Swiatek, 18-year-old Cori Gauff (21/2) has never veered past the fourth round at Wimbledon, but could be in a confident mood after reaching the final at Roland Garros followed by a last-four appearance in Berlin.

​​Karolína Plíšková could well be worth contemplating at 27/1 as she attempts to go a couple of steps better than last year's semi-final showing.

Simona Halep actually won Wimbledon in her last appearance back in 2019 when she upset Serena Williams in the final. While her form has been rather patchy this year, she knows what it takes to win a Slam - having done so twice - and should she string a few encouraging early wins together then watch her confidence soar. At the time of writing she’s a best-priced 19/1 (SBK) to effectively win Wimbledon for the second time in a row.

Angelique Kerber’s track record and pedigree at Wimbledon means she can’t be overlooked at 28/1. The German was victorious in 2018, reached the final two years earlier, and has two other SF appearances on the board, including last year when she was edged out by champion Ash Barty.

Alternatively, while Beatriz Haddad Maia’s Slam record is very unremarkable, her fine form on grass this month - titles at Nottingham and Birmingham - could see her attract minor interest out at 38/1.

Serena Williams: She couldn’t…could she?

Last year Serena Williams was forced to withdraw just six games into her first round match at Wimbledon. She’s not played competitively until this week at Eastbourne.

The iconic American has, however, been handed a wild card for Wimbledon but is obviously well short of match practice, while her absence has seen her ranking plummet to 1,208, and at 40-years-old there are rumours that this could well be her last appearance on the storied surface

But, this is Serena and Wimbledon we are talking about here. The history, the wins, the goosebump moments. After all, she is a seven-time winner at SW19 and has reached the final 11 times, including in each of her previous four appearances prior to the injury in 2021.

The open nature of the tournament - behind frontrunner Iga Swiatek - means you simply can’t ignore Williams at 20/1. There’s the added motivation that she knows a stunning win would see her tie Margaret Court’s 24 Slam tally.

And what about Emma Raducanu?

It was this time last year that Emma Raducanu stormed onto the scene with an impressive fourth round showing at Wimbledon; her first ever Slam. A couple of months later she went on and stunned the tennis sphere after she conjured up a fairytale in New York; winning the US Open without even dropping a set.

Injuries, a loss of form, and coaching changes have combined to plague her since but she’ll be hoping to put all that behind her when she takes to the court next week. The 19-year-old can be backed at 20/1 to go all the way and become a multiple Grand Slam winner.

Given her frustrations, lack of confidence and momentum, it’s difficult to see the 10th see claiming the spoils. But then again, who would have predicted that she’d win the US Open…