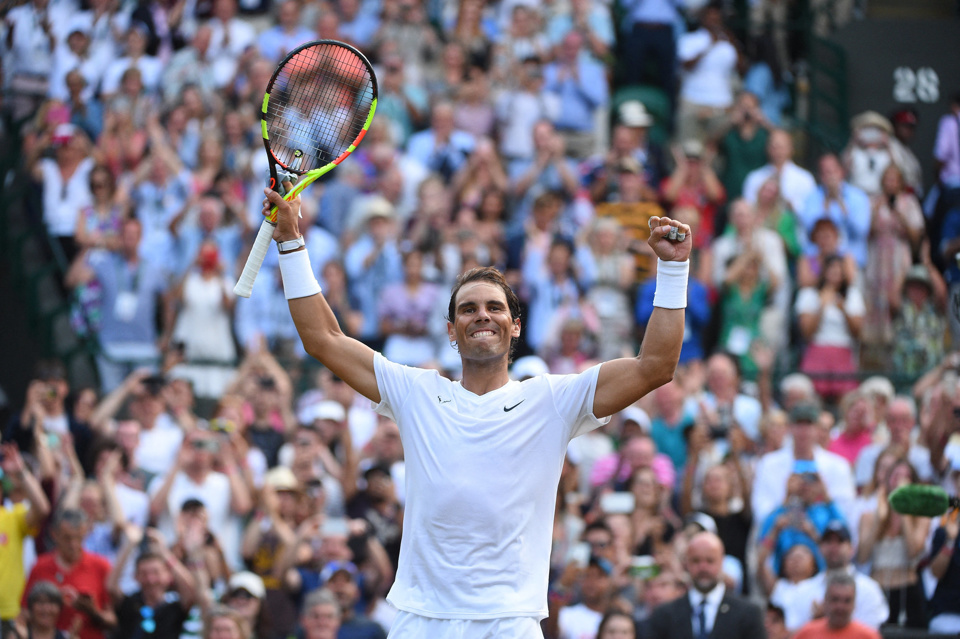 Pick those juicy strawberries, sip on an ice cold Pimm’s, don those immaculate whites, and plop yourself in front of the TV: Wimbledon is coming.

Unfortunately, there’s no Roger Federer - boooo - but the other two OGs are in town - yeaaaah - as are an array of exciting challengers, and a cluster of Brits looking to make a name for themselves on the pristine green grass.

Below we analyse the betting market, assess the small group of favourites in the running to be crowned men’s champion and pocket a cool £2m, and handpick a couple of left-fielders.

Click on the link to read the Wimbledon Women's Preview.

When it comes to the men’s Wimbledon champion, this Grand Slam hasn't particularly favoured surprises this century. The last 18 editions have been won by one of Roger Federer, Rafa Nadal, Novak Djokovic, and Andy Murray. A remarkable sequence. BTW, bonus points if you knew the 2002 victor was Lleyton Hewitt.

Shock, horror, it’s one of the fearsome foursome - the what? - who leads the betting in 2022: Novak Djokovic. The Serb has just the 20 Slam successes slapped on his CV, six of which have been won at Wimbledon, including the last three editions. Triumph in 2022 and he’ll be alongside Pete Sampras with seven silver gilt cups, just one behind Federer.

Djokovic is odds-on across the board, with SBK offering the best price of 9/10, while he’s just 12/1 to win without dropping a single set. His record at the All England Club is outstanding, although he’s a little short for my liking considering that he’s lost five of his 16 matches in 2022 - the same amount he lost in 51 matches in 2021 - which could give a slither of hope to his main rivals.

Djokovic lost the 2021 US Open in straight sets, he missed the Australian Open at the start of the year - due to ​​being unvaccinated against Covid-19 - then fell to old rival Rafa Nadal in the QFs of the French.

On the other hand, this barren patch - if you could even call it that - could actually be bad news for his competitors as the 35-year-old will now be gunning for glory on grass. 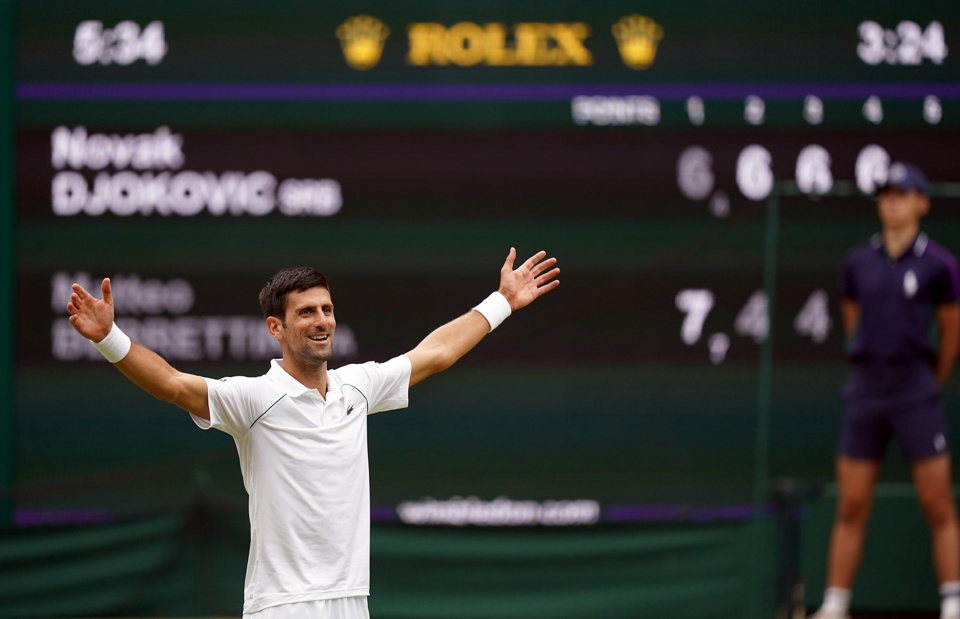 Novak Djokovic has won the last three editions of Wimbledon

Where is the value?

Rafa Nadal instantly explodes off the outright winner market at a very tasty 8/1 with SBK.

Earlier this month the unrelenting Spaniard won a record-breaking 22nd Slam at his favoured French Open. It was remarkably the 14th - yes, FOURTEENTH - time he’d triumphed at Roland Garros, which he added to his four US Opens, two Australian Opens, and two Wimbledons.

Nadal heads to Wimbledon on the back of consecutive Slam wins, meaning he’s half-way to claiming the craved ​​Calendar Slam; something Djokovic agonisingly came close to securing last year only to fall at the final hurdle.

There are some small seeds of doubt, however, as his last Wimbledon win dates back to 2010 - he hasn’t played there since 2019 - while there have been a few concerns over a foot injury. Yet, Nadal has confirmed that he intends to play and has been pictured practicing.

I think he represents an excellent price at 8/1, especially given that he’s bursting with confidence, momentum, and the pursuit of history.

Who else is worth considering?

If either Djokovic or Nadal fail to win, the most likely next victor has got to be Matteo Berrettini.

The huge-serving Italian, who is actually the 6/1 second favourite ahead of Nadal, has yet to join the Slam party but he’s banging on the door: He last four Slam results have been QF, Final, QF, and SF.

The 26-year-old even went a set up against Djokovic in last year’s Wimbledon final.

He’s currently in superb form, winning all nine games since his return from injury; he’s fresh off the back of two title triumphs on grass at the Stuttgart Open then Queen’s last week; winning the latter for the second year in a row.

In truth, it’s difficult to see a winner coming from further back in the pack. World No.1 Daniil Medvedev is forbidden from competing, Federer and Alexander Zverev are injured, so when it comes to other contenders I like the look of Hubert Hurkacz at 16/1. The Pole knocked out Federer in straight sets en route to reaching the semis last year, and showcased his proficiency on grass by winning in Halle last week.

Carlos Alcaraz, Marrin Cillic, Felix Auger Aliassime, and the enigmatic Nick Kyrgios will all attract varying degrees of interest, however in terms of rank outsiders in the market Denis Shapovalov stands out at a whopping 119/1 with SBK - he's as short as 16/1 elsewhere. It’s a stonking price for the explosive Canadian who reached the semis last year - losing to Djokovic - while he then took Nadal to five sets in an entertaining 2022 Australian Open QF. Admittedly, he’s not been in great form of late, but still the 23-year-old is more than capable of lighting up SW19.

What price is Andy Murray?

You didn’t think we’d forget about Muzza did you?

The two-time champ is a pretty slim 22/1 with some bookmakers, which stretches as far out to 79/1 elsewhere.

Andy Murray’s not reached a Slam quarter-final since Wimbledon 2017 and didn’t feature again at SW19 until last year when he lost to Denis Shapovalov in the third round, while he had to withdraw from Queen’s last week due to an abdominal injury.

However, the Scot showed glimpses of promise during an encouraging run to the Stuttgart Open final earlier this month, where he took Matteo Berrettini to three sets.

It was his 2nd Grand Slam title https://t.co/oU00uixZBC

Last but not least: Brit Watch

We’ve already mentioned Murray, now for the other British players on show.

Murray aside, British No.1 Cameron Norrie is by far the best bet of the rest to go deep, despite never making it past the fourth round of a Slam. Out at 229/1 with SBK, he’s seeded up in 9th.

Elsewhere, Dan Evans will be buoyed by his recent win at the Rothesay Open. Jack Draper also features, while Liam Broady, Jay Clarke, Alastair Gray, Paul Jubb, and Ryan Peniston have all been handed wild cards.