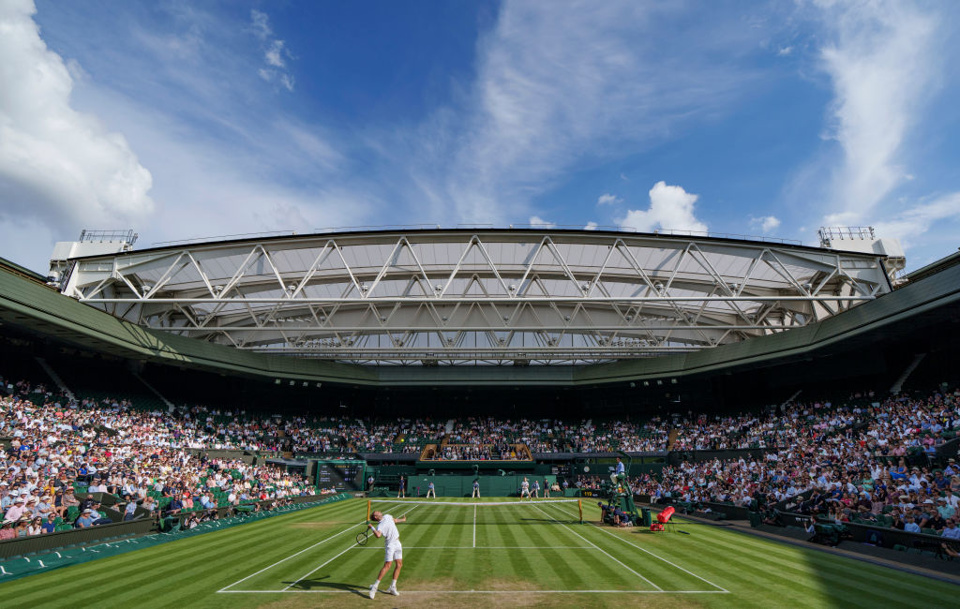 BettingOdds.com returns with more terrific tennis tips this Thursday for day four and once again we've enlisted Jack Porter to give us another tasty treble.

Rain, rain, go away, come back another day. Ideally any time after July 10, when we’ll be pretty much devoid of substantial sporting activity in the summer, the European Women's Football Championship notwithstanding of course. The Wimbledon Championships is getting into its groove despite the weather absolutely poltergeisting that pocket of London over these initial stages, with the highlights including Serena Williams’ heroic exit to Harmony Tan, Carlos Alcaraz having to prove he can cope in five, and Rafael Nadal fans sweating from the challenge of the canvas-rising Francisco Cerundolo but ultimately seeing the Spaniard record his 306th major match-win to equal Martina Navratilova in fourth place on the all-time list for singles victories.

Personally, we were unfortunate to be immediately let down on Wednesday’s BettingOdds.com treble by World Number three (and tournament second seed) Anett Kontaveit living up to her Wimbledon reputation and failing to get a single set against Jule Niemeier after we predicted the match to go to three sets in either direction. But a new day has dawned, and after watching Sir Andy Murray play John Isner on Centre Court, we turn our attention to another Brit for the first part of our Thursday treble, Liam Broady.

If the 28-year-old tastes victory it will be the furthest he’s ever progressed in the Championships, having never gone further than the second round in six separate appearances. However, unfortunately for the Stockport Slammer, it is his opponent Diego Schwartzman we’ll be backing - purely for the pounds at the expense of patriotism of course. Broady endured a gruelling five-setter against Lukáš Klein on Tuesday and then decided to proceed with his commitment to doubles partner Jay Clarke. Though Schwartzmann had his own doubles match at a similar time, we’re expecting him to have the fresher feet after his relatively relaxed romp in his opener to Stefan Kozlov. The price isn’t that attractive for an outright win for the Argentinian (around 1/3), so instead we’ve selected a -4.5 game handicap at, fittingly, 4/5 (Betfred).

Part Deux comes via young Coco Gauff, who tested the nerves in the opener and looked far from the French Open finalist she had been just a month ago. She’s ridiculously short to win her match against Mihaela Buzărnescu who, admittedly, is old enough to be the American’s mother. But Gauff is priced at 1/14 though hasn’t looked great on grass thus far. I’m not going to learn from my Kontaveit crisis and am putting in this one as a three-setter as well, at an attractive 11/4.

And lastly, we round up our terrific Treble Thursday by hopping off the Nick Kyrgios hype train. The Australian is a top geezer but the crowd (or should that be, certain members of the crowd), the linesperson, actually pretty much everyone in his vicinity visibly irritated the prickly pear on Tuesday and threatened his Championship to be over almost before it had even begun, with a buoyed Paul Chubb - playing on home turf - taking both the first set and a tiebreak. Prevailing, Kyrgios is now priced at 2/7 to beat Queen’s Club finalist Filip Krajinović, who was only beaten in the aforementioned tournament by notorious grass-lover Matteo Berrettini. So, instead, complete the treble by having the Serbian down the dude from Down Under, at 5/2, for a salacious total of 22/1. Phwoar.