Wimbledon Betting Tips: Why Matteo Berrettini is great value at this year's tournament 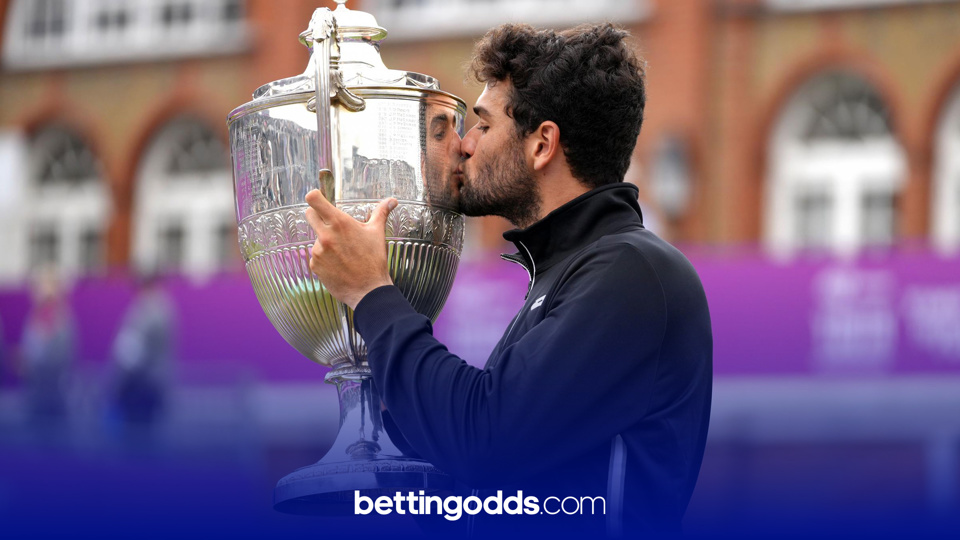 Ah Wimbledon, one of the finest tennis Grand Slams of the year and one that represents England at its finest. The grass season in tennis is one that has provided a fair few shock results in the past but it still Andy Murray who remains as the only one to upset ‘The Big 3’ in the last 18 years.

It’s no surprise to see Novak Djokovic as the favourite this year as he will be looking to defend his Wimbledon crown from 2019 where he managed to beat Roger Federer in a thriller. Novak has been the favourite for all majors bar the French Open this year which he miraculously won, and a win at Wimbledon will only help in his road to topping Nadal and Federer for Grand Slam victories.

Now I’m not saying I don’t think Djokovic will win Wimbledon as most people on earth will have him as a red hot favourite in their minds, I just think with how short he is for this tournament, there could be better value elsewhere.

Matteo Berrettini is a man that should be on everyone’s radar after the performance he has put in at Queens recently. Not just that, he put in a great innings at the French Open as well. When it came to the transition to grass court, Berrettini went to Queens where he made light work of everyone that he played, beating three Brits in the process.

The only player he did “struggle” against was Cameron Norrie in the final but that’s only because he lost a tie-break in the final, normal service resumed after that where he ended up winning the final set 6-3. Beating Norrie, Murray, Evans, De Minaur and Travaglia with such ease should definitely catch the eyes of anyone looking at the betting market and it’s certainly been noticed by punters as he’s been cut from 40/1 to 11/1 to win the tournament.

One of the most impressive things about Berrettini’s performance at Queen’s was his service numbers. Having a big serve is key on grass given how fast the court can play meaning his serve will be extremely hard to break. In the final he recorded 18 aces against Cameron Norrie and had a first serve percentage of 76% and won 91% of his points on first serve.

In fact, Berrettini was only broken twice throughout the whole tournament where he played five games and maintained a 75% win rate on his service points. The only person that would worry Berrettini is of course Djokovic given how good he is at returning. If he manages to avoid Novak in the early stages, I think Berrettini is set for a superb run at Wimbledon.

It’s never truly Wimbledon without Andy Murray and just as a fun punt, he’s available at 100/1 to win it this year after receiving a wild card entry. In all honesty he looked pretty good at Queen’s and it was a shame he had to face Berrettini so early because he could have had a decent run if we base it off how he looked against Benoit Paire.

He was playing some vintage Andy Murray tennis and I’m not sure how well that’s going to work in a best of 5 after his surgery but it was nice to see. Another punt which could actually prove to be some solid each-way value is Berrettini to win Wimbledon and Italy to win the Euros. Both of them are in incredible form with Italy honestly looking like the team to beat at the moment and Berrettini in tremendous form.

The double is currently 90/1 and you’re getting 1/2 the odds for an each-way shout.

ATP Finals Betting Tips: Why Alexander Zverev is a cracking bet at 7/1