Football Betting for Beginners: What is the 'low block' and how you can apply it to football betting 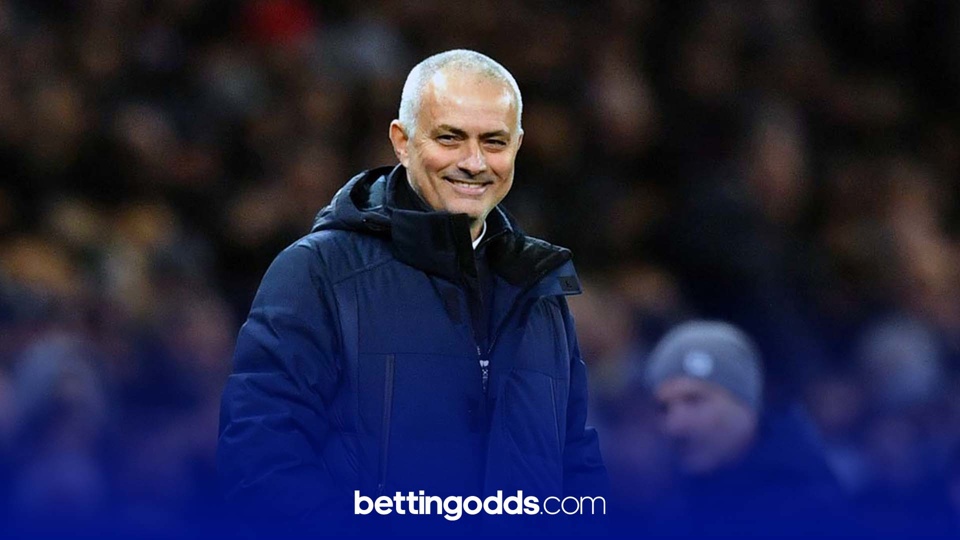 Jose Mourinho is a manager who has used the low block at numerous clubs with varying levels of success
By Anthony Eadson
14:11 Tuesday 26th January 2021 - 4 minute read

Traditionally in football, the largest and the most successful teams tend to play a fast, high pressing game. To get around this we now see many teams applying the low-block, which seems to be a term we are hearing more and more of in game analysis. Here at BettingOdds.com we’ve looked at what exactly the low block is and how we can link this into betting on football.

What exactly is a low block?

Put simply, the low block is a defensive system where one side's players defend deep inside their own half and prevent the space for the opposition. The ‘low’ element refers to the part of the pitch, the defensive third.

Teams that apply the low block are willing to accept that their opponents will have a large amount of attacks. By retreating towards their own goal and by not leaving space for the opposition, teams with a lower quality of player can soak up attacks and look to potentially strike on the counter.

Obviously all teams will have some periods where they have to defend in their final third, but by being more static and by keeping a compact shape, it can be hard for opponents to break down.

Less glamorous teams are normally more associated with playing a low-block however it can be applied at the very top level in order to gain success. Both Jose Mourinho and Diego Simeone have proved that this system can lead to silverware, however it must be noted that high-quality defenders are required for this with world-class clinical ability needed for the counter attacks at the other end of the pitch. 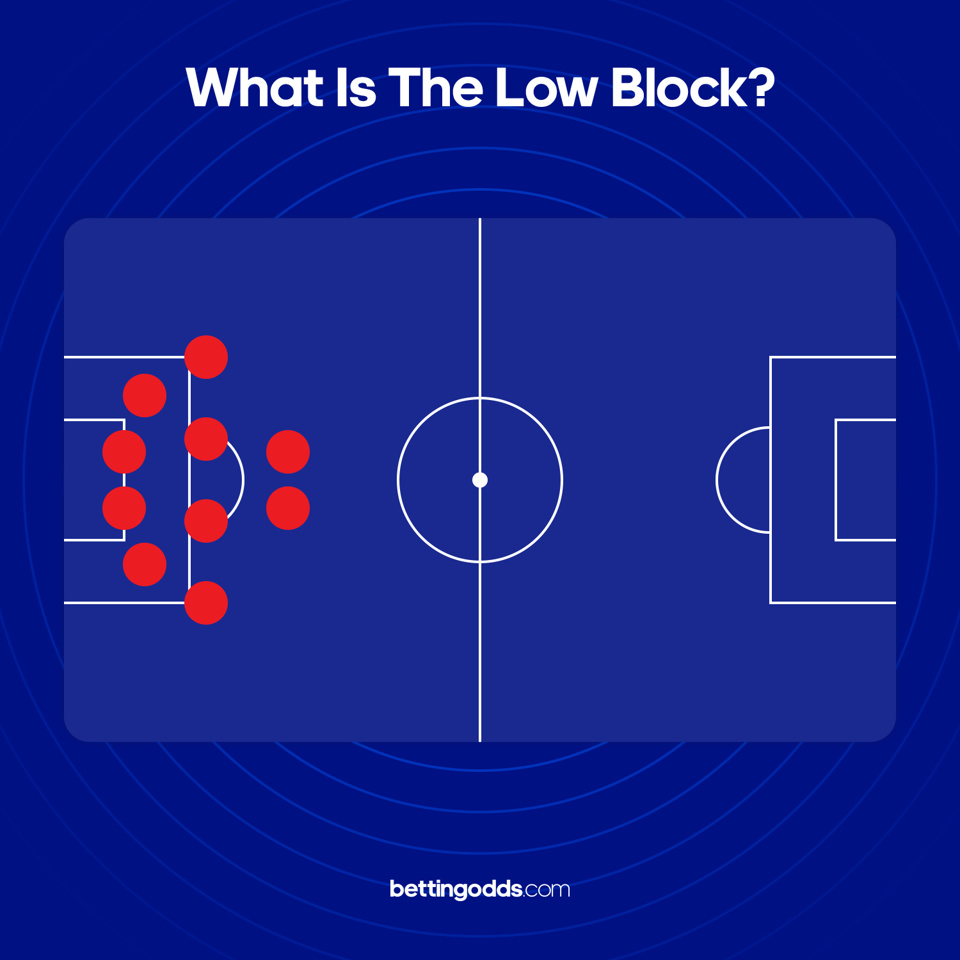 Over the last few seasons we can associate teams such as Newcastle and Wolves from the Premier League who are known to imply the low block. These sides tend to have a large amount of pressures in their own defensive third. Using data from FBRef.com we can see the number of times teams have applied pressure to a player who is receiving, carrying or releasing the ball, in the defensive third of the pitch.

West Brom have currently totalled 1128 pressures on an opponent in their defensive third this season which is more than any other side. Next on the list is Jose Mourinho’s Spurs with 1076, which shows their tendency to sit deep and soak up attacks under the Portuguese’s instructions.

So just how we can apply that to our betting, then? Last week we saw Burnley pull off one of the shocks of the season with a 1-0 win over Liverpool at Anfield, but was it really that unpredictable?

Before the game we could have made a strong case that Burnley would sit deep, be compact in shape, and not leave any spaces for their opponents to attack by applying a regimented low block. Combined with this, we also had the knowledge that Liverpool had failed to score in three games and that Burnley’s last four league games had all included under 1.5 goals.

A strong case could have been made that evening for under 2.5 goals when anticipating how the game’s script would unfold. We recommended the 8/5 that was available on the under 2.5 goals as part of our football tips here on BettingOdds.com that evening. Through anticipating the low block, predicting the game script and combining it with historical data, we feel punters can give themselves an edge and potentially pick out value bets.

With an opponent who is applying the low block rarely venturing out of position and staying in their own half, one possible way of breaking them down is to push the full-backs high up the pitch. With the defensive side being so compact it can often lead to space in wide areas with wing-backs seeing plenty of the ball.

Last week against Burnley, Liverpool full-backs Trent Alexander let off seven shots between them which shows quite how prominent they were in the final third that evening. Both players landed a shot on target with Andy Robertson (4/1) and Trent Alexander-Arnold (2/1) with Paddy Power for 1+ SoT.

Keeping an eye on wing-backs in the shots markets can be profitable if you narrow down which games you think the possibility of that occurring is higher, e.g. for Liverpool it would be playing a team who applies the low block at Anfield. Shots from outside the box or headed shots on target are also markets we would be considering in these areas as a lot of the time teams will find that their only opportunity to score against team’s defending in this manner is to let shots off from range.