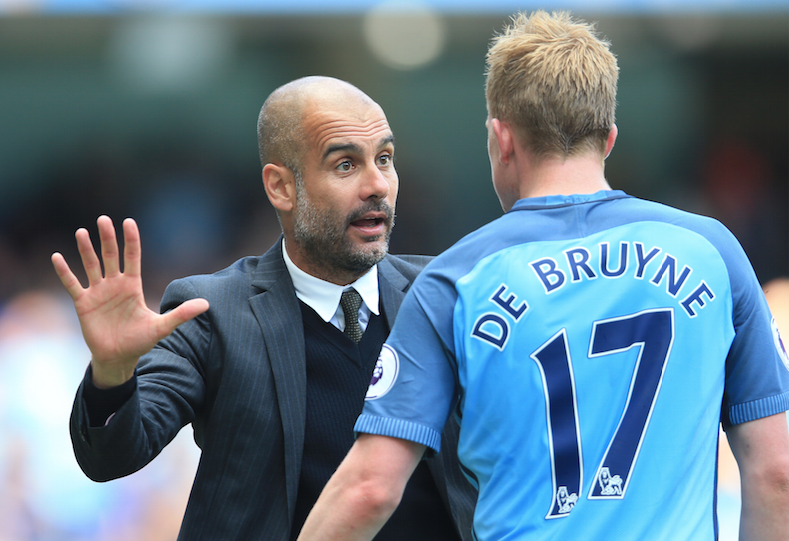 A solid 4-0 victory for West Ham against relegated Norwich kept their European hopes alive, currently sitting in 7th place three points behind Manchester United with a game in hand, although they couldn’t come any tougher. West Ham will give it their all in an attempt to take points here from the Premier League leaders which could give them a chance of another European adventure next season. Their thrashing of Norwich resulted in Benrahma, Dawson and Antonio being forced off early through injury, but thankfully the later two named are expected to make a full recovery and be available on Sunday.

An array of injuries for Pep Guardiola will mean changes will have to be made in the defensive areas. Kyle Walker, John Stones and Ruben Dias were already ruled out for the season prior to the 5-1 thrashing of Wolves, where Laporte and Fernandinho partnered up at the centre back. The game almost went to plan, but both Laporte and Fernandinho were forced off through knee and hamstring issues, leaving Pep with a severe lack of defensive options as the end of the season approaches. Ake should be back fit and could be partnered in defence with Rodri as another make-shift centre back.

A couple of selections that hold some value are in the free kicks and goal kicks markets. Both of these teams games often see low free kicks, with Manchester City ranking 19th (8.6 per game) and West Ham 20th (8.5 per game) for fouls committed across the entire Premier League season. Manchester City’s last twelve Premier League games have seen the match go under 22.5 on ten occasions, with West Ham's last fifteen seeing it go under twelve times. The combination of the two lowest fouling sides averages would equate to 17.1 and taking under 22.5 looks a good play.

Goal kicks also look a great way of getting a nice priced builder when combining with the free kicks above. Manchester City concede the lowest shots per game across the Premier League season at only 6.3 per game, Liverpool ranked second with 7.9. With such low shots conceded this has an impact on the amount of goal kicks taken. Across Manchester City’s last fifteen Premier League matches, they have only taken over 5.5 goal kicks once, with an average of only 3.2 per game.

Playing true to the averages, I am happy to include a long shot of the selections above at a big price of 13/2.

Combining the average fouls of each team gives us a total of 17.1 per game so including the 17.5 free kick line at a large price looks generous. Similarly with the goal kicks, City only conceding an average of 3.2 per game across their last fifteen matches, going under 3.5 eleven times across these matches. This longshot landed in Manchester City’s most recent match against Wolves where there were seventeen free kicks and just two goal kicks for Man City. A generous price that could give you a run for your money.

2021/2022
Show More
Opt-in
Sign up for market leading stats and exclusive expert picks delivered to your inbox from next season
Click to sign up to receive tips
By clicking opt-in you agree to our privacy policy and terms and conditions below
Opt-in
Your Details
Complete your details below to enter:
Full Name
Email
SUBMIT
Please fill in both your name and email
Opt-in
SUCCESS!
Thank you for your submission.