The battle for Bundesliga supremacy is fiercer than ever

But for the Belarusian Premier League, and the odd obscure match played out in a miniscule nation that you’ve probably never heard of before, fixtures and football bets across the world have been put on pause for the previous five weeks due to the coronavirus pandemic.

It still remains unclear when exactly the English Premier League and EFL will continue, with dates in early-June mooted as a possibility rather than a certainty at this point. However, there does appear to be light at the end of the proverbial tunnel for the sport, as the German Bundesliga will be returning, behind-closed-doors, next Saturday (16th May).

Players have now returned to training as the COVID-19 situation in Germany has started to improve, with the return of top-flight football now within touching distance. With the Bundesliga resuming in just five days, we will be treated to the return of one of the tightest title races in Europe, as three sides battle it out to be crowned champions of the German first division.

Bayern in the ascendency

Current champions Bayern Munich unsurprisingly lead the way after 25 games, but only just. The Bavarian giants sit top of the pile on 55 points but are only four points ahead of second-placed Borussia Dortmund and five in front of third-placed RB Leipzig. In fact, there are only eight points separating leaders Bayern with fifth-placed Bayer Leverkusen, who have 47 points to their name as things stand (Borussia Monchengladbach lie fourth on 49 points).

While it is unlikely that we will see Leverkusen or Monchengladbach mount a serious challenge for the title, the race is still wide open for the current top-three. As usual for this point of the campaign, Bayern find themselves in the ascendency but do not possess what anyone would deem to be a comfortable lead at the Bundesliga summit, more so a slight advantage over the chasing pack.

For all of their dominance in the Champions League, this season’s domestic campaign had been somewhat of a disappointment for Bayern prior to Christmas. Defeats to the likes of Monchengladbach, Leverkusen, Hoffenheim and most memorably Eintracht Frankfurt - the team responsible for inflicting a humiliating 5-1 defeat over them back in November - had thrown the reigning champions off kilter.

Niko Kovac was relieved of his duties after the Frankfurt loss, and since the Croatian’s replacement Hansi Flik has come in, the side have looked completely reborn. Undefeated since 14 December, the Germans have dropped just two points in their previous 11 league matches - a 0-0 draw against title-hopefuls RB Leipzig in February; and, prior to this unwanted break, had found the net eight times in their final two games without their opponents (Hoffenheim and Ausburg) forging a response.

Bayern are one of the most in-form sides in Europe, but with football grinding abruptly to a halt back in March, their rhythm and flow has been rudely disrupted. Will they be able to pick up exactly where they left off? The betting odds suggest that they will, with bookmakers William Hill pricing the Bavarians up as strong 2/9 favourites. 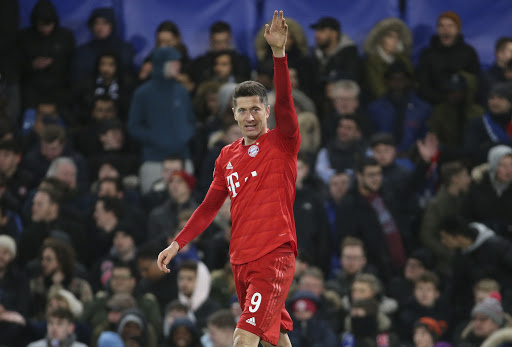 Bayern sit top of the pile after 25 games

With only four points standing between Bayern and second-place Borussia Dortmund, there is every chance that we will see an upset when the Bundesliga does resume.

Dortmund have won just two less games than Bayern this term (15), drawing each of those matches. Lucien Favre’s side have only scored five goals fewer than the current leaders (68), conceding eight more goals (33), and have enjoyed an almost-identical 2020 in comparison to the team who sit within touching distance to them at the top of the table - winning all but one of their fixtures this year.

Jadon Sancho has once again been the standout performer for BVB, contributing 14 goals and 16 assists in the Bundesliga. While the young Englishman’s future may look to lie elsewhere beyond this current campaign, there is still plenty more for him to give in the remaining weeks of the 2019-20 season.

The signing of Erling Braut Haaland in January has looked to have strengthened Dortmund massively, adding some much-needed firepower to their frontline. The Norwegian marksman has already contributed nine goals and two assists in the Bundesliga since joining the club back in January, scoring in all but two of his opening eight fixtures for his new employers.

Dortmund still have plenty to do if they are going to finally overthrow Bayern Munich from their perch at the top of German football - a position they have proudly sat in over the last seven years. William Hill have BVB priced up at odds of 5/1 to repeat their exploits from 2011-12 and win the Bundesliga this term, while outsiders RB Leipzig are currently priced at 9/1 to clinch their first ever top-flight title. 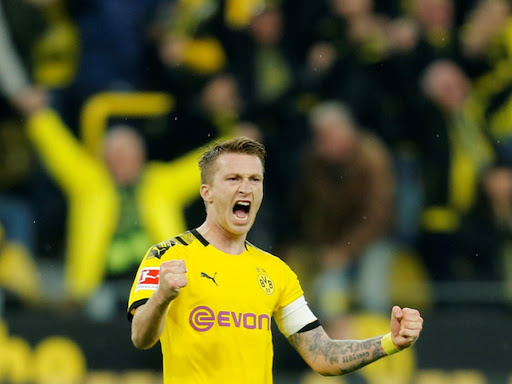 Newcomers looking to cause an upset

Leipzig are an extremely exciting side to watch. Formed in 2009, they are relative newcomers to German football and have risen through the leagues at blistering pace, earning promotion to the Bundesliga in 2016. Led by a talented young coach in the form of Julian Nagelsmann, Leipzig have the joint-best defensive record in the league this term (alongside Bayern); conceding just 26 goals so far.

They also possess one of Europe’s most talented strikers - Timo Werner. The 24-year-old is second only to Bayern frontman Robert Lewandowski in the Bundesliga’s top goalscorer charts with 21 goals to his name. Werner has undoubtedly been one of the standout performers this season, and one of the main reasons that RB Leipzig currently find themselves in with a small - but genuine - chance of winning the division this season.