Premier League Sack Race: Where each manager stands ahead of the new season

All 20 Premier League managers are now locked in ahead of the rapidly approaching new season, which is just over a month away.

Given the almost comical misfortune a cluster of clubs experienced in recruiting a fresh face this summer, we wouldn’t totally be surprised if there were move movements before the big kick-off on 13th August. However, for the moment, 20 incumbents are in place and busy preparing for the 2021/22 campaign.

A ball hasn’t even been kicked yet, but already the first Premier League manager to leave odds are up and running, courtesy of Bet Victor.

What a brutal business football is.

Below, we take a look at where each top-flight manager stands heading into the new season, in accordance with their current odds in the market....

In as the early frontrunner, is the 4/1 priced Xisco Munoz.

There are a number of reasons for this:

The Pozzo family, who are currently on their 14th manager in nine years, romped their way through three gaffers the last time they were in the Premier League, including Javi Gracia who had the misfortune of being the first casualty of the 2019/20 season.

It would be refreshing to see Gracia’s fellow Spaniard - who loves an emoji on Twitter - change the managerial narrative that has plagued the club for over a decade (at the owners’ own doing of course).

The affable 40-year-old - appointed in December 2020 - lifted the mood at Vicarage Road, created a wonderful team spirit, and won 17 of his 24 Championship matches en-route to securing automatic promotion.

But, and there’s always a but, there will be inevitable question marks over his minimal experience and whether he will be able to adapt to life in the high-pressure environment of the top-flight. Unfortunately, if Watford stutter out the blocks then Munoz is toast.

The last 10 ‘winners’ of the Premier League Sack Race…

Two other managers stand-out in the market, the first of which is the 6/1 priced Ralph Hasenhuttl.

It’s been an eventful two-and-a-half-year tenure for the Austrian who recovered from the first 9-0 defeat to steer Saints to safety, then up into top spot come November 2020. In the New Year a win over Liverpool reduced him to tears of joy, only for Southampton’s superb form to completely desert them as they suffered another 9-0 defeat and eventually slumped to an extremely disappointing 15th-place finish.

The south coast side were losing games for fun, leaking in goals, and seemed void of ideas. Hasenhuttl has had the summer to reflect on what on earth happened and he will need to rectify the wrongs swiftly next season as his side face both Man Utd clubs and Chelsea in their opening seven games, so expect his odds to shorten should his side register minimal points in the opening month or two. 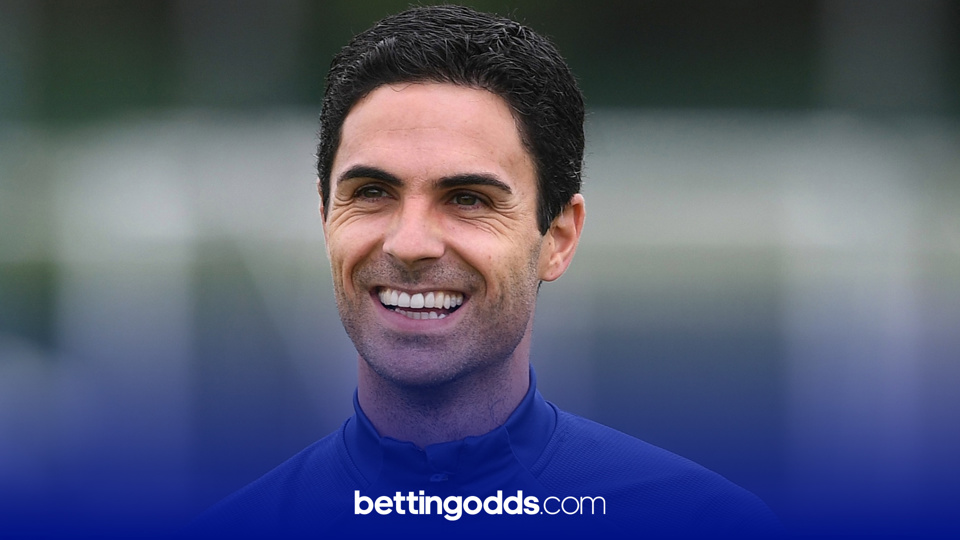 Arteta found himself odds-on for the sack back in December after Arsenal endured their worst start to a league season since 1974/75. The club had suffered eight defeats come Christmas, which placed them 15th, just four points above the drop zone.

It was a huge wake up call. Fuelled by the performances of Bukayo Saka, Emile Smith Rowe and Kieron Tierney - which Arteta deserves credit for - and a more resolute defence, the Gunners beat the likes of Leicester, Chelsea, and Spurs en-route to eventually scraping 8th spot.

Despite a positive turnaround it still represented another underwhelming standing, and to top it off they were beaten by former boss Unai Emery in the Europa League semi-final.

A vast improvement is needed this season, which is Arsenal’s first without European football since 1995/96. Arteta still needs to figure out his best system, raise the entertainment bar, and fully convince supporters that he is the right manager.

If Arsenal slip up in the opening months then the critics will swell, whereas his sack race odds will shrink. The fixture list has handed Arteta two of the pre-season title favourites, Chelsea and Man City, within his first three games, followed by Spurs in September. So, watch this space.

Managers To Keep An Eye On:

The first and third of those managers were at newly promoted sides, highlighting the pressure from the off despite the previous season’s achievement.

With this in mind, it could be worth keeping an eye on the three new boys: the aforementioned Munoz, plus the returning Daniel Farke (Norwich, 10/1) and history-maker Thomas Frank (Brentford, 16/1).

Yet, history shows that Norwich stayed loyal to Farke two seasons ago, while it would come as a huge shock if Brentford disposed of the popular Frank, although few predicted that Sheffield United would actually sack Chris Wilder last season despite the club’s torrid form. 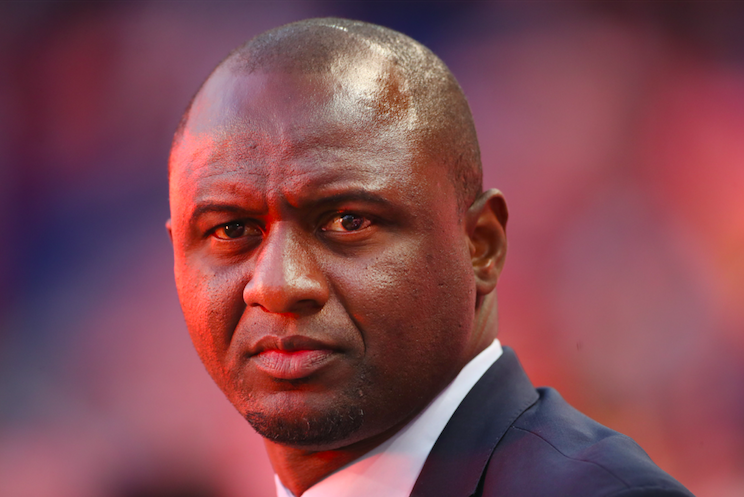 However, the margin for error can be miniscule. We all remember the infamous tenure of Frank de Boer, who managed all of four Premier League games before he was dumped by Crystal Palace in 2017. So Patrick Vieira (14/1), beware! 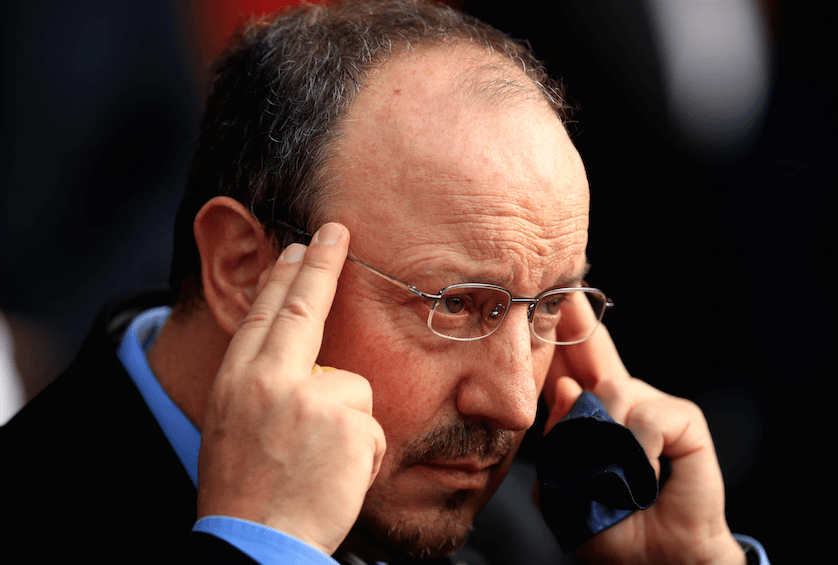 Rafa Benitez could represent a tempting price at 20/1.

The Goodison Park faithful were left shell-shocked by last month’s departure of the adored Carlo Ancelotti, and it’s fair to say they’ve been rocked further by the surprise appointment of an ex-Liverpool boss.

The Spaniard needs a fast start but three away games in his opening four fixtures, including trips to Old Trafford and Elland Road, could pile the pressure on straight away

Meanwhile, the Portuguese duo of Bruno Lage and Nuno Santo can be found at 14/1 and 20/1 respectively.

Sean Dyche, nearing nine years at Burnley, looks far too short at 10/1 whereas the 8/1 priced Steve Bruce doesn’t appear to be in any immediate danger, unless a takeover happens.

It’s rare to see a traditional big gun pull the trigger first. The last time this happened was back in November 2012 when Chelsea brutally gave Champions League victor Roberto Di Matteo the boot.

In the last 17 years, the Blues are the only ‘traditional top-six’ club to act first, having also parted ways with Jose Mourinho back in 2007. You never know what’s going through Roman Abramovich’s mind, but Thomas Tuchel (14/1) should be safe!

Graham Potter (16/1) is an interesting manager to keep an eye on. While we are by no means suggesting he’s in danger of the sack, we did see him hotly linked with Tottenham and Everton over the summer, so if another top job was to become available he could well be pinged into the mix once again.

However, it is of course worth noting that if another Premier League job did open up, Potter wouldn’t be the first top-flight manager to depart. But after previously working in Sweden, who is to say he wouldn’t be tempted by an opportunity elsewhere in Europe? 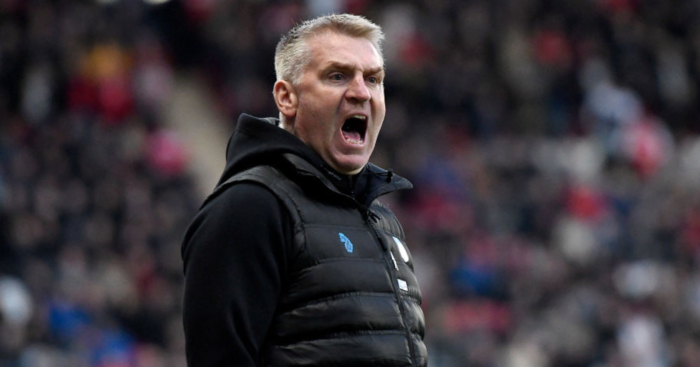 Dean Smith is an intriguing price at 25/1

Dean Smith represents somewhat of a managerial wild card in this market out at 25/1.

On one hand, the Aston Villa boss is full of confidence following an excellent second top-flight season. He’s also already been handed a club-record £38m to sign Emiliano Buendía, and more incomings are expected.

On the other hand, being trusted with significant wads of dosh coupled with a higher-quality squad = raised expectations and more pressure. There are also rumours that Jack Grealish could leave, but we’ll have to wait and see on that one.

Elsewhere, the secure trio of Jurgen Klopp, Pep Guardiola, and Ole Gunnar Solskjaer are out at 40/1 for a reason.

Similarly, Brendan Rodgers and Marcelo Bielsa are both unsurprisingly big prices at 33/1, while David Moyes (16/1) has just penned a new three-year deal at West Ham.