Next Man Utd Manager: Who is the best fit right now?

Following another humiliating Premier League defeat, this time to the hands of relegation candidates Watford, Ole Gunnar Solskjaer’s job at Manchester United is hanging by a thread.

The probing ‘Who is the next Man United manager?’ becomes part of the social and cultural zeitgeist, becoming a topic of conversation outside the realms of the football-loving community, on par with the speculation as to the next U.S President, James Bond, or Masked Singer reveal.

Club hero Ole Gunnar Solskjaer did a good job at Manchester United, but after the current run of form, mixed with expectations of signing Varane, Sancho and Ronaldo. It looks like he is on borrowed time.

Particularly in the first and mid chapters of his three-year occupation, the ‘99 hero allowed the club to cross from the Elephant’s Graveyard of the Jose Mourinho tenure back into the Pride Lands.

It’s just increasingly and viciously apparent that he doesn’t have the coaching capabilities to lead them across the savannah back up to the top of Pride Rock. Affection should and must remain. He’s also one of the few first-name one-syllable managers to be referred to more often than not as such.

When Sir Alex Ferguson exited the Theatre in 2013, common sense would have made every viable contender avoid the position. Nobody should want to be the replacement.

Little evidence has shown that the Man Utd owners and hierarchy have adequate football knowledge and savvy to organise and implement to once again compete on the pitch with the consistent contenders of the past decade, but will the time of Richard Arnold, due to take over from the despised Ed Woodward as Man Utd's new executive vice-chairman, issue in a new era at the club, and most importantly will it begin with the issuing in of a new manager?

We have put forward three managers who could be the best fit for Man Utd right now, plus a 66/1 left-field option, should Solskjaer leave the club in the near future...

Moved into 4/6 in the market, many of the United fanbase are seemingly warming to the idea of having an ex-Liverpool man in their dugout if the boardman decide to spend the many millions to bring Brendan Rodgers to Old Trafford.

The Ulsterman scraped off the smirks of his detractors by leading Leicester City past both billion-pound behemoths United and Chelsea last season to win the club’s first ever FA Cup, and has implemented discipline, identity and clear tactics with a Leicester side that have not been beaten by United in their last four meetings.

Questions will be raised by the defensive performances of his fourth Foxes season due to relatively high standards of previous and it may be more difficult to get the Stretford End screaming his name for a while, but Rodgers is increasingly appearing to be the pragmatic, if unromantic, choice.

Expect to hear ‘Well Busby was their captain’ next time you’re traipsing down the great gaffer’s Way. 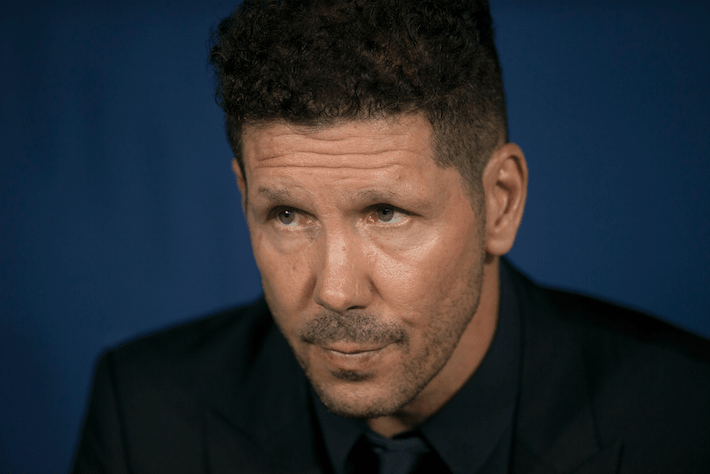 Could Diego Simeone be the latest 'super manager' to arrive in the Premier League?

Defending La Liga champions Atlético Madrid currently sit in a not-unrespectable fourth place in the Primera División but are at risk of dropping into the Europa League with a single win in four Champions League group stage games.

The club’s long-term coach Diego Simeone has been tentatively linked time and time again to the United job, due to his constant attempts at disrupting the Real/Barca hegemony (and succeeding on two occasions since arriving at the helm in 2011) and it has been evident in the past he wouldn’t budge from the Spanish capital of which he’ll always be intrinsically linked.

He knows how to handle his superstars, having rostered the likes of Luis Suarez, Diego Costa, David Villa and Antoine Griezmann, and won’t stand on ceremony, listening to diva demands.

If Simeone has no need for you, get a cushion for that bench. There’s little likelihood that Simeone will indeed leave Spain halfway through a season but after over a decade at Atléti, a new challenge looks ripes to establish his credentials as one of the best managers of the 21st Century.

He’ll bring the cajones, and most likely the trophies. A juicy 50/1 shot.

With pressure building on Ole Gunnar Solskjaer following Manchester United’s disasterclass against Liverpool on Sunday, speculation surrounding the Norwegian and his future at Old Trafford has been rife in the media.  While… 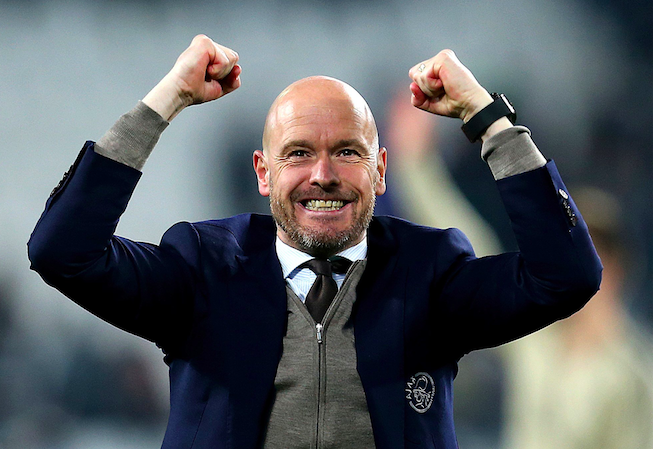 Erik ten Hag would be a popular pick with many fans

The choice of those who have watched both a lot of and not an ounce of the Eredivsie, Erik ten Hag has his cheerleaders dreaming of beautiful, attacking football in the Johan Cruyff mould (‘Everyone attacks, everyone defends’ is the 51-year-old ten Hag’s mantra).

Recent results of a 5-0 victory over fierce rivals PSV Eindhoven and back-to-back hammerings of Borussia Dortmund in the Champions League has seen his profile considerably raised, and a few eyebrows appear to quizzically enquire ‘Just what exactly is going on over there in the Netherlands?’

Over the years Ajax have become well accustomed to losing their young starlets to the European big guns, but now the club could face a fight to hold onto their manager, Erik ten Hag, who continues to blossom in Amsterdam. The…

The isolated figure of Donny van de Beek, the go-to man the Red Army screams out for while trailing, and the jaded Jadon Sancho could experience a much needed renaissance, and there’s also the weasely feeling of attracting some of Ajax’s most exciting talent to switch Amsterdam for Man-sterdam.

Leaving the pristine palace of Ajax to the deflated bouncy castle of Man Utd is a big ask, but the allure of the planet’s most recognisable sporting institution could be just enough for this most exciting of managers who could claim is place amongst the elite if he takes the Red Devils back to the top.

Zinedine Zidane, Ralf Rangnick, and Mauricio Pochettino all continue to be linked, but we'll end on an intriguing 66/1 wild card. After all, no one expected Solskjaer to come in after Jose Mourinho's exit.

He is the winner of the last three seasons of the Czech top tier with Slavia Prague and that’s probably not enough for Man Utd. The job is just that big.

But such a left-wing choice as Jindřich Trpišovský with a stellar winning domestic record, could be what the club need in tangent with Richard Arnold’s new stewardship.

What Solskjaer has tried to do to his credit, with success and failure in equal measure, is his placing the club ahead of himself: re-instilling a sense of tradition and sentimentality that boosts an identity and pride.

He’s led the ship to the shore, and now it needs a new explorer into Newfoundland.

Man Utd have selected European managerial heavyweights before in Louis van Gaal and José Mourinho, who had 15 major league titles between them. They delivered all what was expected, the drama, the soundbites, the expenditure, all except the Premier League.

A relative unknown such as Trpišovský could be the curveball to disconcert the confident and swaggering rivals.

It is ultimately a theory, and it’s also increasingly clear that it will take more than one man in this day and age to steady the once great man o’ warship. 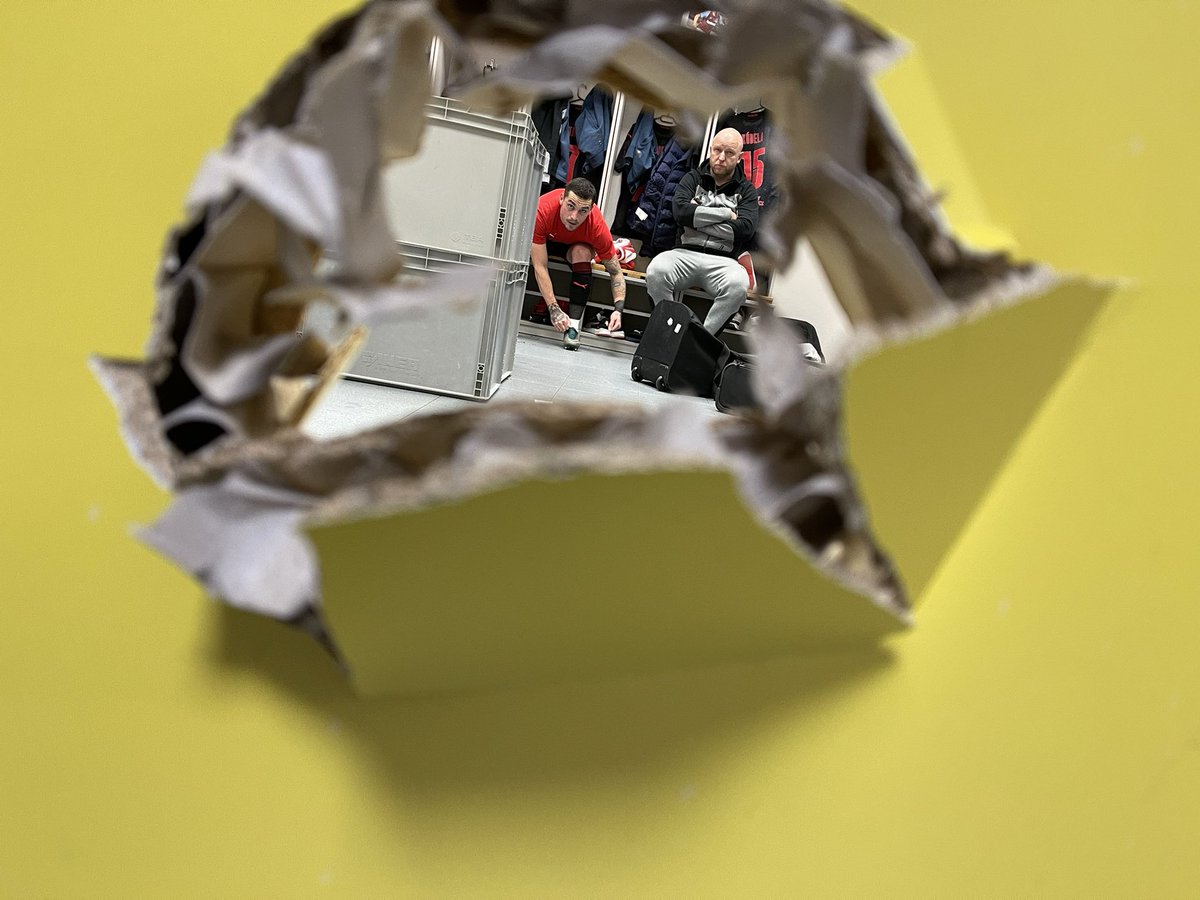 Fresh from booting Brendan Rodgers' Leicester out of the Europa League, Slavia Prague boss Jindřich Trpišovský literally booted a hole in the dressing room door during half-time against Slovácko.