Could Neil Warnock be a short-term option for Ipswich Town? 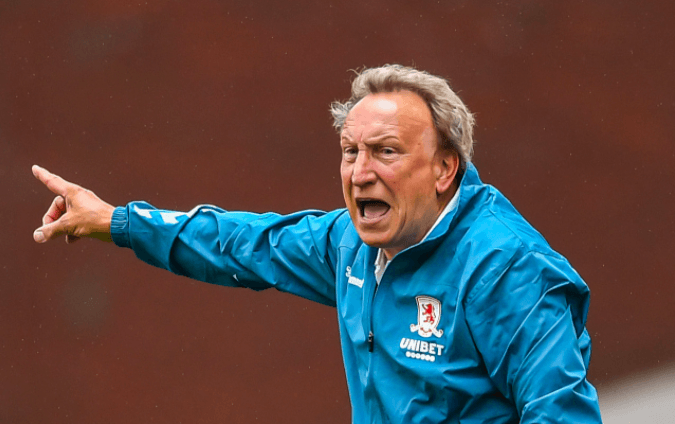 It's only been five weeks since Neil Warnock left Middlesbrough but we already miss him dearly.

While there's every chance the Boro job could well prove to be his last in management, here at The Sack Race we hope that's not the case. In fact, we are fully confident that he will return at some point.

There's the incredible record-smashing promotion record, the pulsating passion and memorable one-liners, and mastering the art of the inspirational expletive-filled teamtalk. Even at 73, deep down he'll still feel he has something to offer.

The lure of the dugout is strong and for as long as the managerial icon drops hints about "one last job", he'll continue to be linked with vacancies in the Football League.

One of which is Ipswich Town, which gathered significant steam in the betting over the weekend after the eight-time promotion winner emerged in the upper echelon of the League One market.

Warnock, a 25/1 outsider last week, shooted into the 6/4 favourite with Bet Victor on Sunday, while at the time of writing (Monday morning) he’s priced at 5/2 behind frontrunner Neil Harris.

After leaving his post at Middlesbrough last month Warnock refused to rule out a return to management before the season is out.

“You never say never. I thought this season would be my end, but it’s not the end of the season is it? It’s only November, so you just never know.”

Ipswich parted ways with Paul Cook just over a week ago, John McGreal was then placed in caretaker charge and has since lost 2-0 to Charlton before grabbing a point away to Wigan at the weekend thanks to an equaliser from substitute James Norwood.

Ipswich CEO Mark Ashton promised an extensive search for a new boss, and while many fans are hoping the club appoints a young, forward-thinking, progressive manager - such as 16/1 shot Liam Manning - could Warnock be a short-term option until the summer?

If there’s one man who can shake things up and galvanise the underperforming Tractor Boys it’s Warnock. He's a huge character who may not be everyone’s cup of tea, but that doesn't bother him in the slightest: he’s unmatched in the EFL in terms of experience, knowledge and widespread success of compiling promotion-winning teams.

Warnock has eight promotions on his CV. Yes, eight; four of which have come via the play-offs. He led Sheffield United, QPR, and Cardiff up into the Premier League, then at last club Middlesbrough he set a new record for most games managed in English football (​​1,603).

We dare you not to get goosebumps watching THIS.

Happy Birthday to the greatest managerial icon of his, or any, generation: Neil Warnock! 👔🎂

Meanwhile, current betting frontrunner Harris has revealed to talkSPORT2 that he’s recharged, ready to get back into management, and is seeking out the right project. While the former Millwall and Cardiff boss refused to say whether he was directly interested in the Ipswich job, he did have this to say about the club:

"It's a brilliant football club. (It's a) great challenge for somebody to go in and hit the ground running.

"They've struggled for a little bit of momentum this year and consistency, but it's a playing squad and a football club that deserves to be right at the top of the division, at least at the league above and have aspirations of finally getting back to the Premier League.

"Ipswich is certainly a club that deserves to be in the league above and fighting to get in the Premier League."

Elsewhere Marc Bircham remains high up in the betting, but is not believed to be a serious contender. Frank Lampard and John Terry also still feature, as do Neil Lennon and Alex Neil who are both being linked to the job at Hibernian.

There’s simply no chance that Tony Mowbray is going to leave Blackburn, who are 4th in the Championship, while Frank Yallop, Michael Appleton and Michael Carrick have all drifted.

For the time being McGreal will take charge of his third game on Wednesday when Ipswich travel to League Two side Barrow for an FA Cup replay.